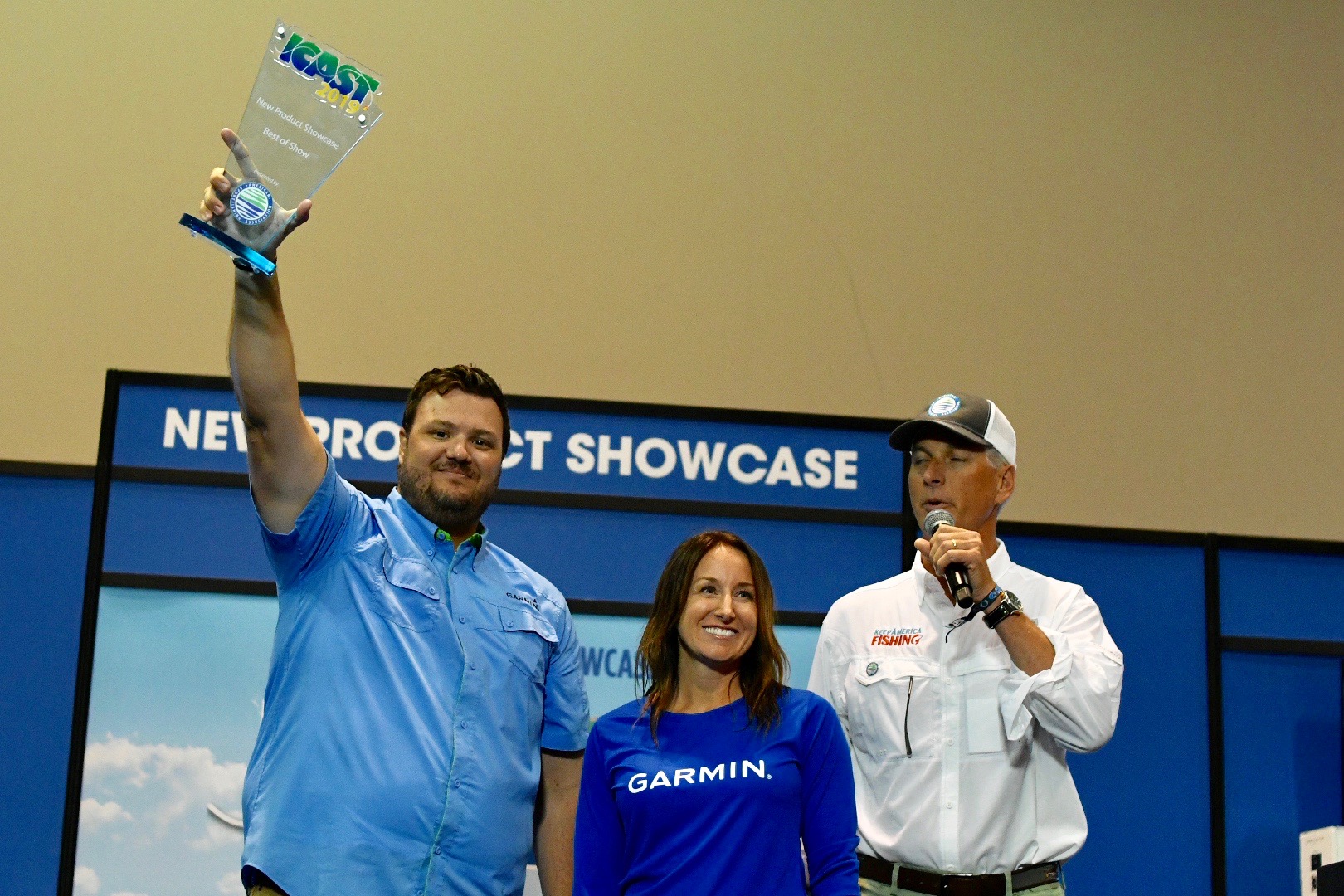 A Force to be reckoned with

The boats were rigged, the pros were ready — it was showtime on a small lake in Central Florida the day before ICAST, the world’s largest sportfishing tradeshow. Our goal? To unveil the most powerful, most efficient freshwater trolling motor the fishing industry had ever seen. With rumors swirling about multiple trolling motor introductions at this year’s ICAST, it was dubbed “the year of the trolling motor,” and the Garmin team knew that our first impression — especially as the newcomer to this product category — would be key.

Accompanied by some of the best professional bass fisherman in the sport, we loaded the Nitro Z18s — equipped with an ECHOMAP Ultra 106 at the console, an ECHOMAP 126sv at the bow, Panoptix LiveScope live-scanning sonar and, of course, a new Garmin Force trolling motor — we sat back, eagerly waiting to hear and see the reactions of dozens of media representatives.

This wasn’t just any product demo — it was the first public debut of Garmin’s Force, and it was to a group of experts in every sense of the word. After a brief overview at the dock, it was time to let the motor do the work. To put our claims to the test, we left the docks with four to five grown men in each boat and Force had enough thrust to bring the boat to a speed of close to 5 mph each time. “We’re nearly throwing a wake!” one industry expert said.

The Force trolling motor is 30% more powerful than existing freshwater trolling motors on the market today. All that power means anglers can cover more water and stay on their spots longer, even in tough conditions.

“This is the strongest trolling motor I’ve ever used in my entire life,” Major League Fishing star Mark Daniels, Jr. said during one of the demos.

But as the new player in the trolling motor business, Garmin was intent on delivering a motor that is powerful yet still supremely quiet. Thanks to its brushless motor, Force operates with nearly undetectable interference, so it won’t fuzz up your sonar screen with static. And it’s just as quiet above the water, too. At full speed, all we could hear during the demos that day was the water slapping the hull … and everyone’s jaws hitting the ground.

One of Major League Fishing’s other stars, Fred Roumbanis, added: “I can’t tell you how excited I am about the Force trolling motor. The speed on this motor, it’s faster than anything I’ve ever used and not only that, it’s also quieter than any other motor out there.”

Even with all that power, Force is also the most efficient trolling motor available, so anglers can count on it to fish all day. The motor operates at either 36 V or 24 V, and even when running at 24 V, Force delivers comparable thrust to competitors’ 36 V motors. And run it all day, we certainly did. We even took the sheriff, who came down to the docks to “see what all of the excitement was about,” for a ride that afternoon once our demos had wrapped.

What else sets Force apart? It includes a wireless foot pedal that provides instant control and responsiveness – in fact, it feels and steers like a cable-steered pedal, with foot-actuated buttons to control speed, heading and anchor lock. And if you want to control the motor from somewhere else on the boat, the included remote features point-and-go gesture steering, user-programmable keys and peace of mind if it goes overboard because it floats. With gesture steering, the motor will follow the hand movements of its controller — “Just like a Nintendo Wii,” one expert said.

But you don’t just have to take our word for it. Following our demos, industry media members and buyers in attendance at ICAST — many of whom got to see the Force in action that hot, Florida summer day — went on to vote the Force trolling motor the Best Boating Accessory in the 2019 ICAST New Product Showcase. The next day, Force was voted the overall Best of Show winner, toppling a field of more than 1,000 products submitted for the honor.

As a newcomer to the propulsion category, the Best of Show accolade is something our team dreamed of but knew wouldn’t be an easily attainable feat. Last year we won Best of Show for Panoptix LiveScope, the first live scanning sonar for recreational fishing, so to receive back-to-back honors like this — it’s a true testament to how far Garmin has progressed in the fishing industry over the years. And if you know Garmin, you know we’re already hard at work on the next “best” thing.

To learn more about the Garmin Force trolling motor and see it in action, click here.

Carly Hysell is Garmin’s PR/media relations manager and, with more than a decade of industry experience, one of the company’s resident fishing enthusiasts.