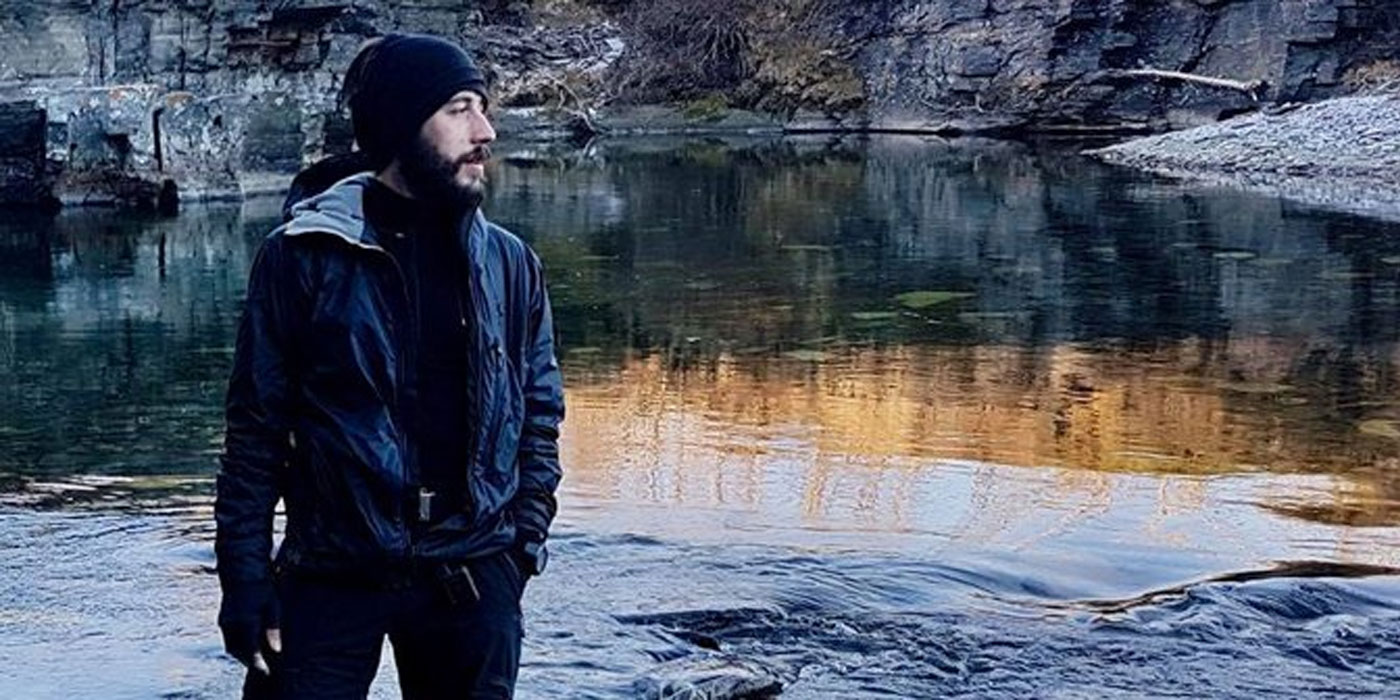 Guillaume Hullin earns a living doing freelance work in information technology and as a staff member of a church in Malmö, Sweden. He often heads into the outdoors to break out of his routine, be more self-reliant for a period of time and then return to work refreshed.

During his treks, Guillaume shares his experiences through videos, photos and a travelogue. “I want to share my experiences so that others would learn from them,” said Guillaume.

Last month, he set out on an extended backpacking expedition to capture the beauty of the Swedish landscape in autumn and share videos to provide viewers with a real perspective of the region’s trails and what they could expect on a similar adventure at this time of year. He didn’t realize that one of the lessons he would learn is that weather can present unexpected challenges in early fall.

Guillaume chose an inReach® Mini satellite communicator to stay in touch with his fiancée during his trip, and he shared his track and messages on a MapShare™ page to keep his friends and family updated on his progress. “It’s a very fun and useful way to share the trip,” Guillaume said. “Getting messages is also priceless, especially when you’re stuck in the same location for days.”

He also established a plan to send a check-in message at a specified time of day to his emergency contact — a good friend in Sweden who is experienced in the outdoors and had previously led a search and rescue team. If a check-in didn’t get sent, his emergency contact knew to alert search and rescue after a specified period of time (with the assumption that the contact could alter that plan if he knew Guillaume was hiking in dangerous terrain that day).

While on the trail, Guillaume appreciated that he could receive messages on his inReach device from hikers he met on the way, letting him know that they were back home safe. He also used his device to send messages to the wife of a hiker he spent time with for a couple of days. “She was very surprised to receive the message,” Guillaume said, “but happy to hear that her husband might be late due to a storm that was coming and might delay him a day.”

inReach Proves to Be Essential at a Critical Time

Guillaume, a French citizen, enjoyed the fact that in Sweden, one is free to roam and camp almost anywhere. He also understood that the mountains could be dangerous, especially in the offseason, so Guillaume approached his trip with the mindset to be prepared for the worst and hope for the best. Still, when he reached Sarek National Park, it became clear that winter was settling early, and snow would be an issue. The changing weather and the decision to not carry snowshoes at this portion of his trek turned out to be obstacles that would prove to be difficult to overcome.

“Several times, my emergency contact thought it would be necessary to extract me when I was stuck in a mountain snowstorm,” Guillaume said. “He was right in the way that I was trapped. But I was geared up to resist extreme weather and wanted to wait a few days for the snow to melt.”

However, after 5 days in the same location waiting for better weather, Guillaume started to run out of food. He attempted to hike out a number of times, but he kept postholing (taking a step and having your foot sink deep into snow with an unknown surface below). He also knew that the weather report indicated a storm was expected in less than 24 hours. (Guillaume explains his mindset and the situation in this Facebook video.)

He triggered an SOS around 2:30 in the afternoon. GEOS responded in 2 minutes, and Guillaume reported that he was stuck but could last another day or 2 before he ran out of food. One minute later, GEOS confirmed his situation and reported that they were working on a plan of action.

Guillaume stayed safe in his tent and placed a French flag outside, so he could be seen by a rescue team. In less than 2 hours, Guillaume received a text that the Swedish police would arrive via helicopter shortly.

“The communication with GEOS and the police was great,” Guillaume said. “The extraction was faster than what I expected, considering where I was.” He also shared that the helicopter pilot was surprised at how precise the inReach device GPS location had been. “He went through the mountain valley searching for me because usually the GPS position can be approximate. But he told me that he could have just put the GPS location he got [from GEOS], and I was exactly there!”

After the evacuation, Guillaume resupplied and soon continued his hike in Sweden. You can follow his adventures on his MapShare page, Instagram® or Facebook®, or watch him detail his trips on his YouTube® channel.