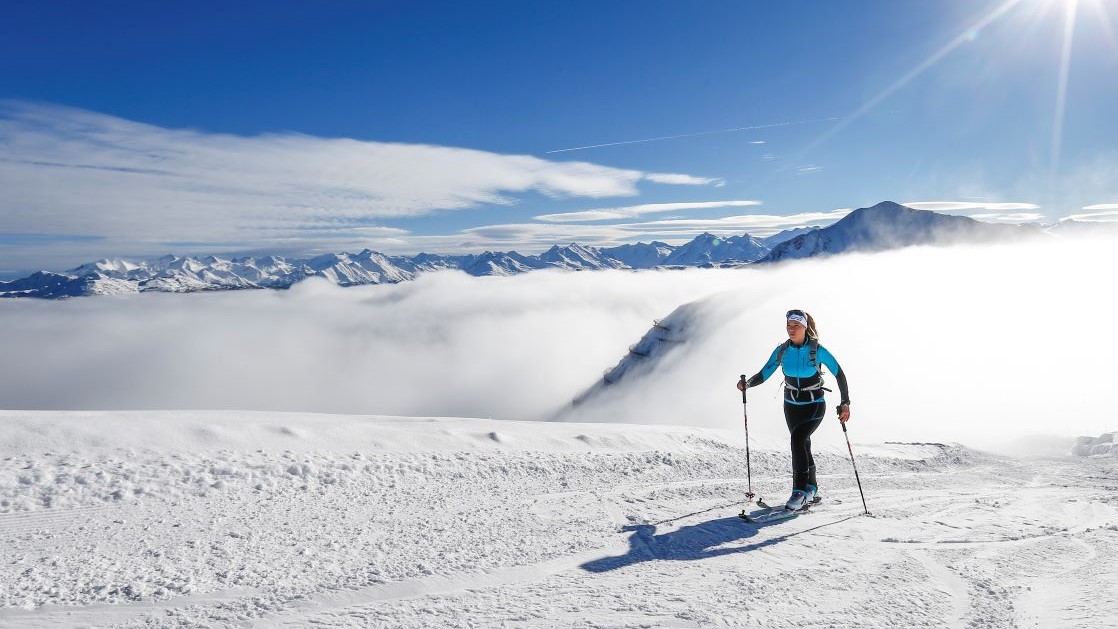 Growing up mogul ski racing, former U.S. Ski Team member Mike Hattrup was used to a life within bounds. When a torn ACL ended his professional racing career, however, he went on to star in The Blizzard of Aahhh’s — a film widely known for introducing the concept of extreme skiing to a mainstream audience. That ignited a lifelong journey of big mountain, out-of-bounds skiing.

Though Hattrup closed out the movie expertly navigating the narrow chutes and steep slopes of Chamonix in France, behind the scenes he realized he “had no business being there without a guide,” which inspired him to obtain the proper safety education and certifications to become a ski guide. He’s now been in the business of guiding for 22 years and has led hut trips throughout the U.S. and Europe.

Hattrup carries an inReach® satellite communicator every time he guides a trip and shared with Garmin some of his tips for being prepared in the backcountry.

Even though we’ve all heard stories of things going horribly wrong in the backcountry, most of us are optimists when it comes to our own trips — that stuff just happens to other people. However, if we take a step back, we recognize that other people are actually us.

Because many of those incidents are low probability, we write them off and don’t prepare for them. And to be fair, if you prepared for every problem that arose in the backcountry, you’d be carrying so much gear that you wouldn’t be able to move, let alone enjoy skiing. So, what is the right amount of gear to bring? I’ll refrain from dumping the entire contents of my pack on this page. Instead, I’ll offer some insight to help you think about what safety gear you should include on your backcountry trips. In a nutshell, the low-probability problems that I try to prepare for are the ones that are also high consequence, and a solution is not easy to improvise.

When it comes to being in the backcountry, it is necessary to be prepared for and aware of avalanche hazard. It is imperative to get avalanche training and bring the required tools — beacon, shovel and probe — and many are increasing their safety with an airbag. However, two-thirds of all accidents in the backcountry are non-avalanche related, and only a scant few of us have training or even bring equipment or supplies to deal with those situations. Below, I’ll focus on how to prepare for the other 66% of backcountry incidents.

To summarize, you can’t possibly bring enough gear for all backcountry emergencies. Focus on the high-consequence situations, even if they’re low probability. Figure out what you can improvise with from items you normally have on a ski tour, then add the necessary extra items. Last, make sure you have a foolproof communication system.