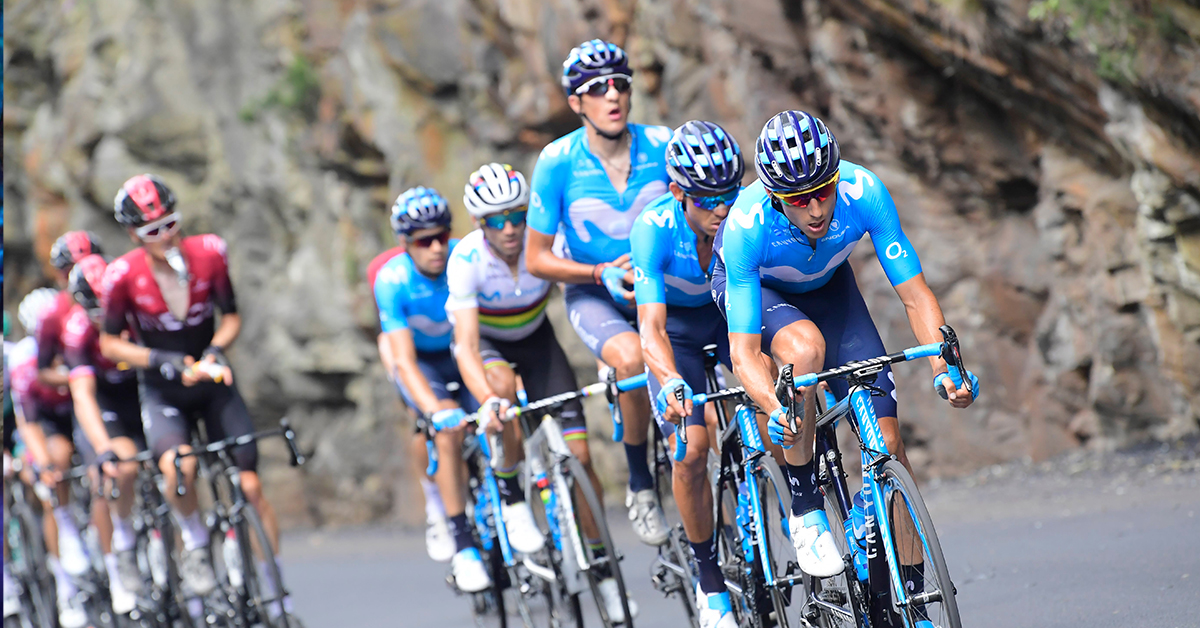 Preparing for a Grand Tour is a monumental task for any sports director, no matter their level of experience. From handling a roster of competitive riders to analyzing every kilometer of a multistage race on courses that change every year, dialing in tactics can take months.

Ahead of this year’s final Grand Tour, we invited the current directeur sportif of Movistar, Max Sciandri, to answer our questions about peloton strategy. Sciandri, who rode to stage victories in the Giro and the Tour and won a bronze medal in the 1996 Olympics, has spent more than 10 years as part of a coaching staff, first as under-23 director of the British Cycling Academy, then as part of the BMC Racing Team for the past 8 years.

How do you plan for the major multistage races?

“For a Grand Tour, we split the planning into weeks to make it easier to handle. Working on each week — and the changes that can happen within that week — makes it far more manageable. Each team has a specific goal and objectives for their riders on the team, whether they’re a climber, sprinter or general classification (GC) contender, to help meet the team’s goal.”

How do you handle changes to your tactics?

“You have to start with a specific plan but be able to react quickly to different situations. But it must be said that changes rarely happen that the team hasn’t already predicted or can cover with a ready counterstrategy.”

How do you handle developments that are beyond your team’s control during the race?

“This year there have been attacks and changes in the leader of the peloton, as well as freak weather, which forced a halt to a stage in France. If a team does improvise an attack, we rely on radios to alert everyone and decide, depending on the plans, whether we need to make a sudden change. With the technology we have at our disposal today and our knowledge of the course, the road and wind direction, it’s rare that there is a sudden or unexpected change in the race.”

What’s the most important piece of technology you use?

“The vital instrument in guiding riders is the Garmin Edge bike computer. We load in a GPX file from the organizers, and there you go: 1+1 = 2. That’s how riders know the dangerous points or when the climb or descent starts. It’s everything we need in one instrument.”

Beyond the technology, what’s the most important factor for a winning team?

“The top teams all have access to this information, so the winning team will truly always be the one that is the fastest and strongest with the ability to pedal faster than everyone else. And that’s what we all want, right?”

The Grand Tour in Spain has already been incredible. Keep a close eye on Movistar, as the riders execute the team’s tactics over the next few stages going into the mountains.

You don’t have to be a professional racer to benefit from using a Garmin. You and the other cyclists in your group ride can plan your routes, know the climbs before you hit them and challenge how far you can go.