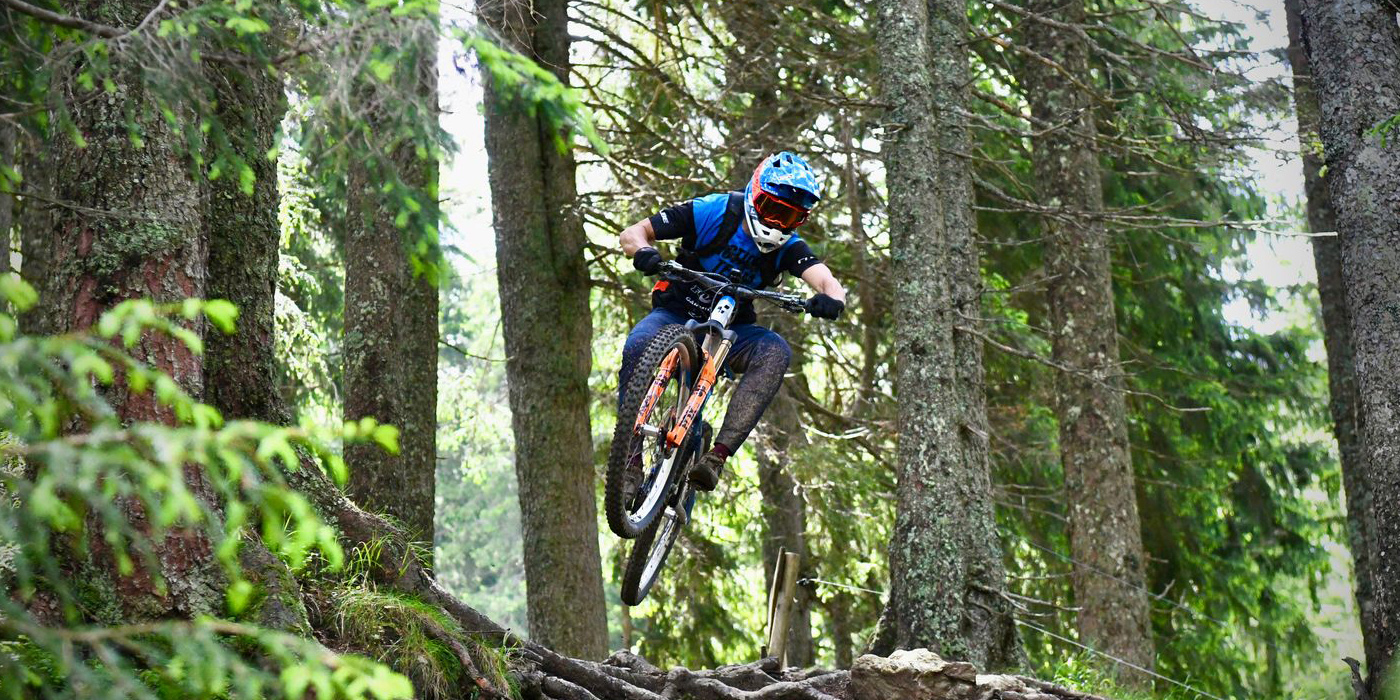 Mountain Bike Training with the CUBE Actionteam and Garmin

Looking ahead to warmer weather and the onset of racing season, the CUBE Actionteam manager Claus Wachsmann talks training and how the team maximizes performance with the Garmin Edge.

The CUBE Actionteam was formed 10 years ago, and back then it was the first professional enduro team in the world. Picking the most memorable moment of this decade is easy for team manager Claus Wachsmann: “Winning the Trans-Provence four times with our riders.” His eyes twinkle when he talks about this epic alpine enduro — a weeklong stage race in the French Alps that finishes at the Mediterranean coast.

Things have changed since then. After a difficult and insecure year with lockdowns, cancelled races and travel restrictions, the races of this season have been delayed as well. But Wachsmann stays optimistic: “We’ve learned a lot from last year, which makes it more bearable now. Yes, the season will start no earlier than June in Italy, but we make the most out of it. We started different training sessions in local areas. We’re organizing training camps, workshops with dealers, and we’re creating nice media assets with our partners. Besides, we want to work more with kids, because they are the new generation.”

Speaking of a new generation, Gusti Wildhaber, the tower of strength for this team in the past decade, will be accompanied with two new kids on the block: Veronika Brüchle and Jonas Goeweil. Wachsmann sets the bar high for these rookies: “I expect podiums from our new riders. Because if you’re a racer and you don’t want to be on the podium, or don’t want to win, you are not a racer.”

In pursuit of that podium, the CUBE Actionteam uses the Garmin Edge® 830 for their training sessions and races, because it provides the data and features they need to stay at the top of enduro racing. For Wachsmann the most important data from the Edge are the automatically calculated recovery times, the heart rate metrics and the distance in altimeters they’ve travelled on a given day. On a good training day, they want to cover between 7,000 and 10,000 meters of descending on trails. Wachsmann says the team also uses the Live Segments feature a lot during their training sessions, allowing them to compare speeds between both riders and bikes.

The team is also a fan of the ForkSight mode. “This Trailforks integration feature makes our life so much easier,” Wachsmann explains. “For example, we have a race in Chile in the middle of nowhere. The only thing we know is that the race is on a certain mountain we’ve never been on, and that’s it. [The Enduro World Series organization] already uploaded all of the stages in Trailforks. You just download a stage on your Edge and select that you want to go to the start point. That’s it! The device automatically shows the trail, displays the upcoming forks, jumps, etc. It’s great!”

Because of travel restrictions and heavy snowfall in Europe, outdoor cycling has been difficult. Instead, the CUBE Actionteam has included a lot of ski touring in their training schedule. According to Wachsmann, this is one of the best full-body sports you can imagine: “After one hour of superfast climbing, you’re done. It’s a super good training!”

To record their training data when they are not on the bike, like for ski touring, hiking and Nordic skiing, the team uses the Garmin fēnix® 6S Pro Solar, which has become a critical part of training and occasionally even replaces the Edge during enduro racing. Wachsmann explains the reason for this: “If an Edge is not fixed in the right way on the steer, you can lose it during a crash. With a fenix on their wrist, the riders can still easily see their data during a stage. Afterwards, we can see all their data in Garmin Connect™, whether it was recorded with an Edge or a fenix.”

Looking forward to this season

The team has to wait for another couple of months until the season starts in the beautiful Italian Dolomites. For Wachsmann the first and the last races are the most important of the season. “In the first race, you know where you are and how fast you are compared to the other riders. In the final race, I want to see all my riders there without injuries and to finish a great season. I’m satisfied when we have really good results, maybe some podiums and victories. And very important: When the riders are happy, I’m happy as well.”

Interested in learning more about the CUBE Actionteam? Check out the latest Turbo Talks podcast with Gusti Wildhaber.