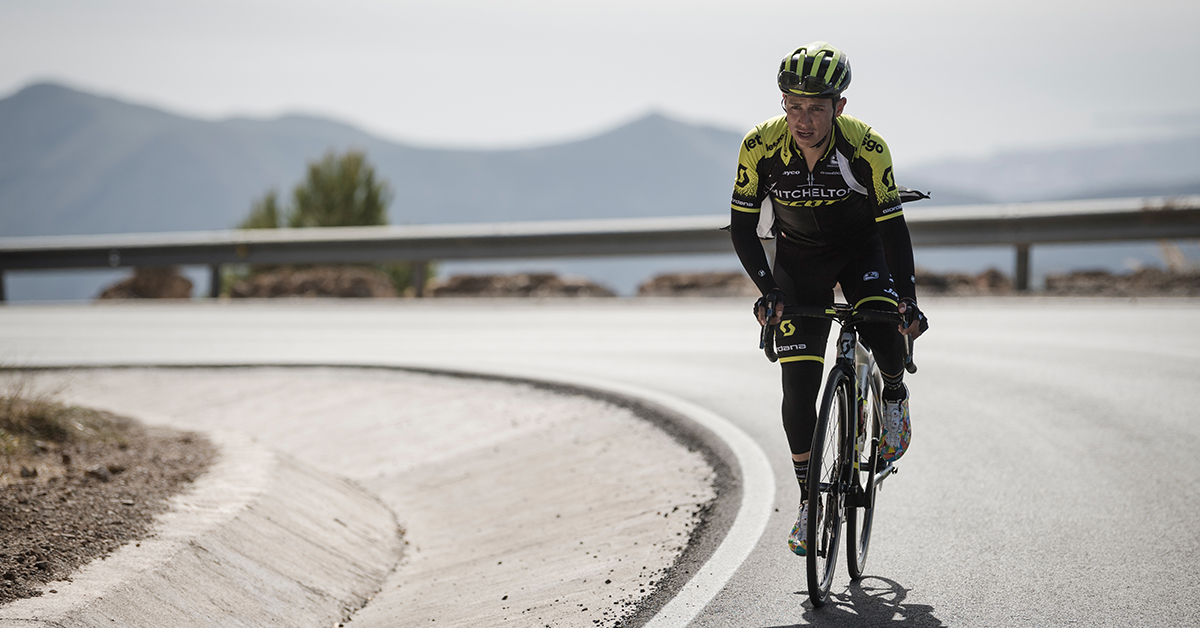 What it takes to Conquer Climbs

In the next six stages, our Grand Tour riders will be hitting five summit finishes — including the new ascent to Coll d’Engolasters — and a time trial. It’s here in the rugged Andorran mountains where the general classification battle will kick off, and a strong performance in the mountains could mean the difference between winning and losing.

It’s always exciting to watch riders vie for the blue polka-dot jersey. Whether it’s a lone breakaway rider who manages to stay clear of the peloton with kilometers to go or a rider who outsprints rivals mere meters from the finish line, mountain stage finishes rarely lack drama for spectators.

But what are those climbs like for those in the saddle? We’ve investigated what it takes to be King of the Mountains. With help from UCI WorldTeam Mitchelton-Scott, we analyzed data captured by the Garmin Edge bike computer during Colombian rider Esteban Chaves’ emotional stage 19 victory in Italy earlier in the year.

Having spent the second half of last year sidelined by Epstein-Barr virus, Chaves is lauded for this performance, which qualifies as nothing short of a comeback. Stage 19 consisted of 155.9 kilometers, culminating in a huge climb — the last 25 kilometers alone included a 1,000-meter ascent. Surprisingly, this is where Chaves, who’d taken 8 months off from racing while recuperating, made his final attack and earned his first win since his diagnosis. He bested the second-place finisher by 10 seconds.

On the moderate slopes, Chaves pulled away repeatedly but struggled to break clear. But with 2.7 kilometers to go, Chaves was untouchable. Data from the Edge reveals that halfway up the climb, Chaves was exerting nearly 882 watts of power. For context, 400 watts is considered arduous for a cyclist. Chaves doubled that. On an uphill climb. After already riding for 100 kilometers.

The numbers for Chaves’ heart rate are also notable. It stayed below 170 bpm, indicating that Chaves was working hard during the climb, but that he probably had a bit more left in the tank, which he used when required.

A multiple stage winner and twice podium finisher in grand tours, Chaves generates impressive data. But you don’t have to have been crowned King or Queen of the Mountains to benefit from data tracking with a Garmin Edge. Let our performance GPS cycling computer help you conquer your climbs.