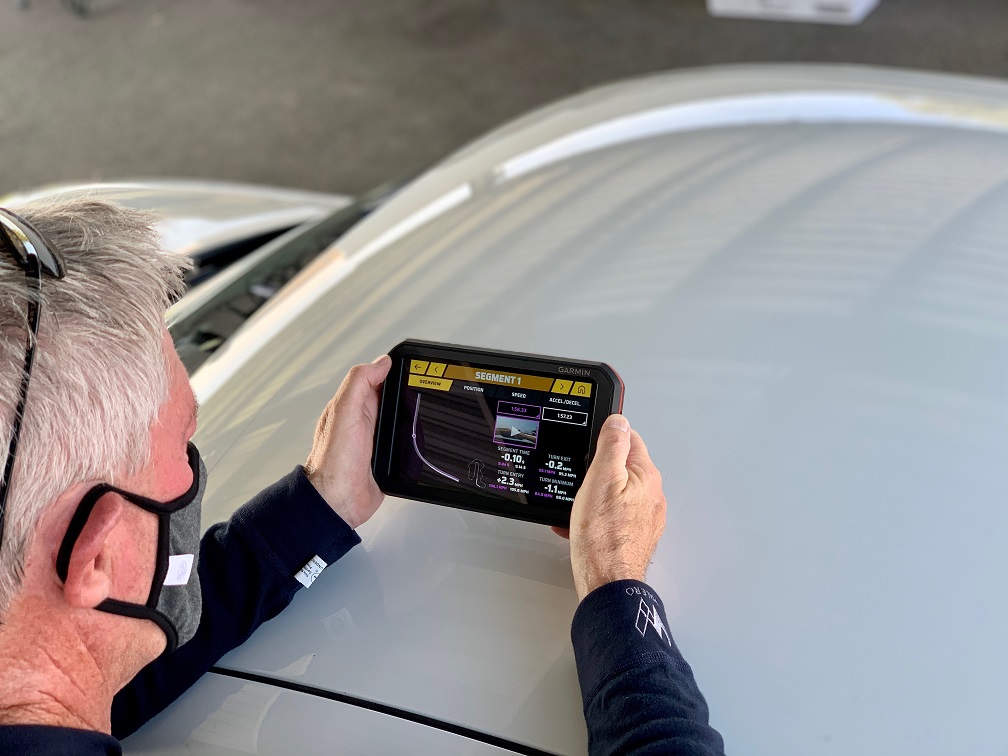 Former pro race driver and coach Ross Bentley is renowned in the world of motorsports. Throughout his career, the 1998 U.S. Road Racing Champ and 2003 24 Hours of Daytona winner has coached thousands of high-performance and race car drivers of all levels ranging from beginners to Indy 500, LeMans and NASCAR winners.

The author of the “Speed Secrets” book series spent some time testing out the Garmin Catalyst Driving Performance Optimizer and shared his insights with the Garmin Pit Crew.

Garmin PC: You spent a weekend track testing Garmin Catalyst in early 2020. What were you expecting, and what was your actual experience?

Bentley: I spent two full days driving at Heartland Park, focusing on providing feedback on the usability of the Garmin Catalyst. For me it was just an absolute blast: Two days of having the car and track to myself, and all I had to do was drive consistently at the limit and give feedback on how the Garmin Catalyst worked for me. After all that track time, to say that I was comfortable driving at the limit was an understatement. I knew the car and track super, super well. Toward the very end of the second day, I set out with one objective – just to listen to the Garmin Catalyst – to have it coach me on what to do to be an even better driver.

Garmin PC: How did Catalyst perform, from one coach to another?

Bentley: It told me to focus on three things, and that’s what I did. After just half a dozen laps, I had knocked .9 seconds off my very best lap time … I was shocked! I thought I was already driving the car at the limit and yet the Garmin Catalyst found almost a full second for me. I have to admit that when I got out of the car, my first thought was, “Wow! I’ve never had that kind of an experience with a device telling me what I needed to do.” It was cool.

Garmin PC: You have called Garmin Catalyst a “game changer” for the world of motorsports. Can you explain how you see it benefiting motorsports drivers?

Bentley: I’ve driven just about every car and racetrack for over 40 years. Never once have I had anything – a person or a data device – provide specific targeted feedback to me like this in real time that made a specific difference in my driving. It really is a game changer.

Garmin PC: Given that we’re in a global pandemic, could Garmin Catalyst somehow help drivers improve while observing social distancing?

Bentley: One of the concerns people have is sending student drivers on the track without any instructor in the car with them, and this is a tool that is going to help with that. Is it going to tell somebody to slow right down and control them? Not completely. But if the student is paying attention, they are going to drive in the optimal way.

Warning: This device is intended only for recreational use in a circuit environment. Never use this device on public roadways. Failure to follow this warning may result in an accident causing property damage, serious personal injury, or death. You are responsible for using this device in a safe and prudent manner.