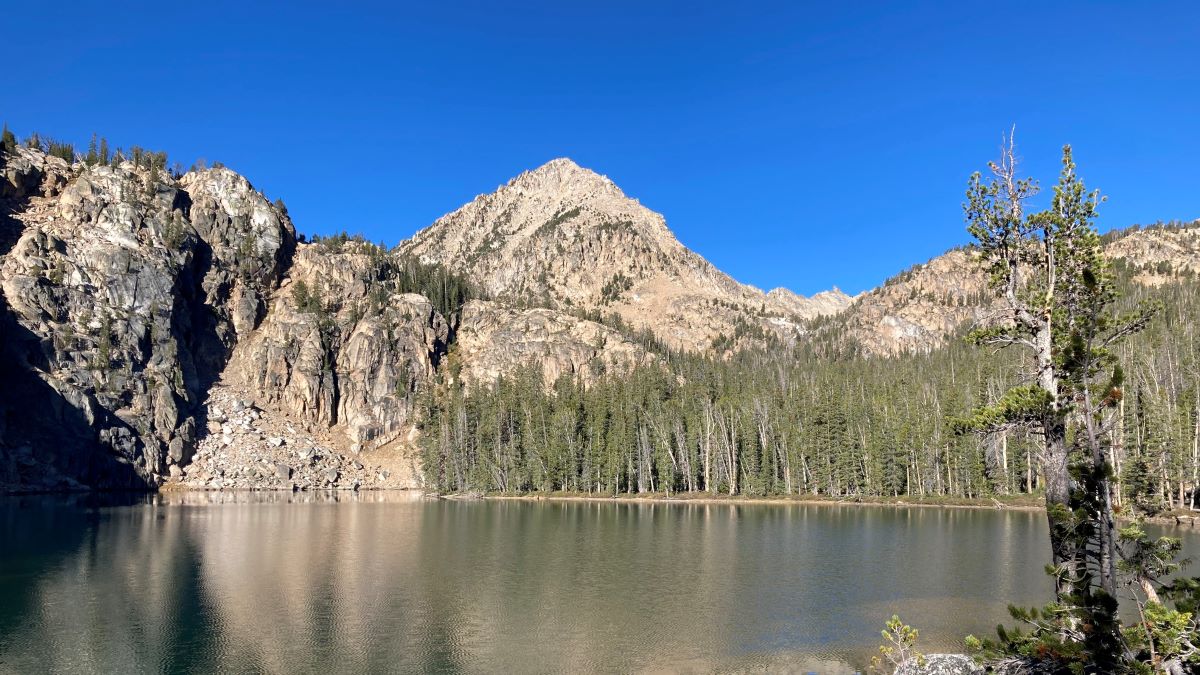 When a peaceful backcountry escape to celebrate their wedding anniversary turned into an urgent need for evacuation, Bryan and June Bradley were glad they had their inReach® satellite communicator1 so they could trigger an SOS. Bryan shared a condensed version of their story with Garmin.

My wife and I were off on a 10-mile, cross-country day hike from our camp to retrieve the food cache we hung up a couple of days before our adventure began. It was not only a beautiful September day in the White Clouds of Idaho, but it was our anniversary as well. What could go wrong?

At one point in the hike, we had to navigate our way up and over a high ridge to a set of lakes on the other side that held our hidden supplies. We made it up and over, found our cache and started our return. On the way back down, with at least 100’ of descent remaining, my wife slipped and sliced her head open on a boulder.

She was bleeding profusely, but we were not on solid footing to do much about it right then. So she pressed down on her cap as tight as she could while we carefully hurried ourselves the rest of the way down. Once we reassessed the injury at the bottom, we knew it was bad. It was already 6:30 p.m., we still had 3.5 miles back to camp and darkness would be closing in. Fortunately, she didn’t lose consciousness. But it made no sense for us to try to make her continue hiking the rest of the way in her condition.

We’ve spent a lot of years backpacking together (over 60 adventures between us), and we specifically timed our trip so we’d be in the backcountry on our anniversary. We’ve also dealt with our share of adversity in the wilderness. And our share of minor cuts, bumps, bruises, etc. If you spend enough time in the backcountry, you have to expect it. But we hadn’t experienced anything that comes close to an injury of this magnitude. I’m glad to say, even with all that blood, neither one of us freaked out or lost our cool.

We weren’t fully prepared to spend the night out in freezing temperatures, at 9900’ elevation, but the few extra items we included in our daypacks had to suffice. We packed light due to the size and weight of the two sacks we were bringing back with us. But we did include zip-off leg bottoms, long sleeved undershirts, windshirts, a water filter, headlamps, a whistle and space blankets. And of course, our inReach, which I always carry in the backcountry.

Once at the bottom, I quickly wrapped her head in one of the shirts to help slow down the bleeding. And then I activated the SOS on my inReach. After that, I helped get the rest of the clothes on her, wrapped her in the space blankets, filtered us some water, got out a little snack, made sure we kept constant pressure on the gushing wound, tried to make her comfortable and prayed for help. It was tough to find a good wind block in that cirque, but we did the best we could.

It was a long and stressful wait for the rescue. During that time, we kept in touch via text with the Garmin International Emergency Response Coordination Center (IERCC) staff. And finally, after about 4.5 hours stuck up in rock land in the cold and wind, a rescue helicopter from Two Bear Air Rescue in Montana flew all the way to Idaho to rescue us. Our heroes.

In the end we made it out alive. And my wife will be just fine. But it did take an uncounted amount of stitches and 27 staples to close the wound on her head. It surely was an anniversary we’ll never forget. But without our inReach, things most certainly would’ve been a whole lot worse. In fact, I don’t even want to think too much about the consequences had help not arrived when it did. Thank you, inReach. Thank you to the IERCC staff. And a special thank you to our heroes at Two Bear Air.

1Active subscription required. Some jurisdictions regulate or prohibit the use of satellite communication devices. It is the responsibility of the user to know and follow all applicable laws in the jurisdictions where the device is intended to be used.