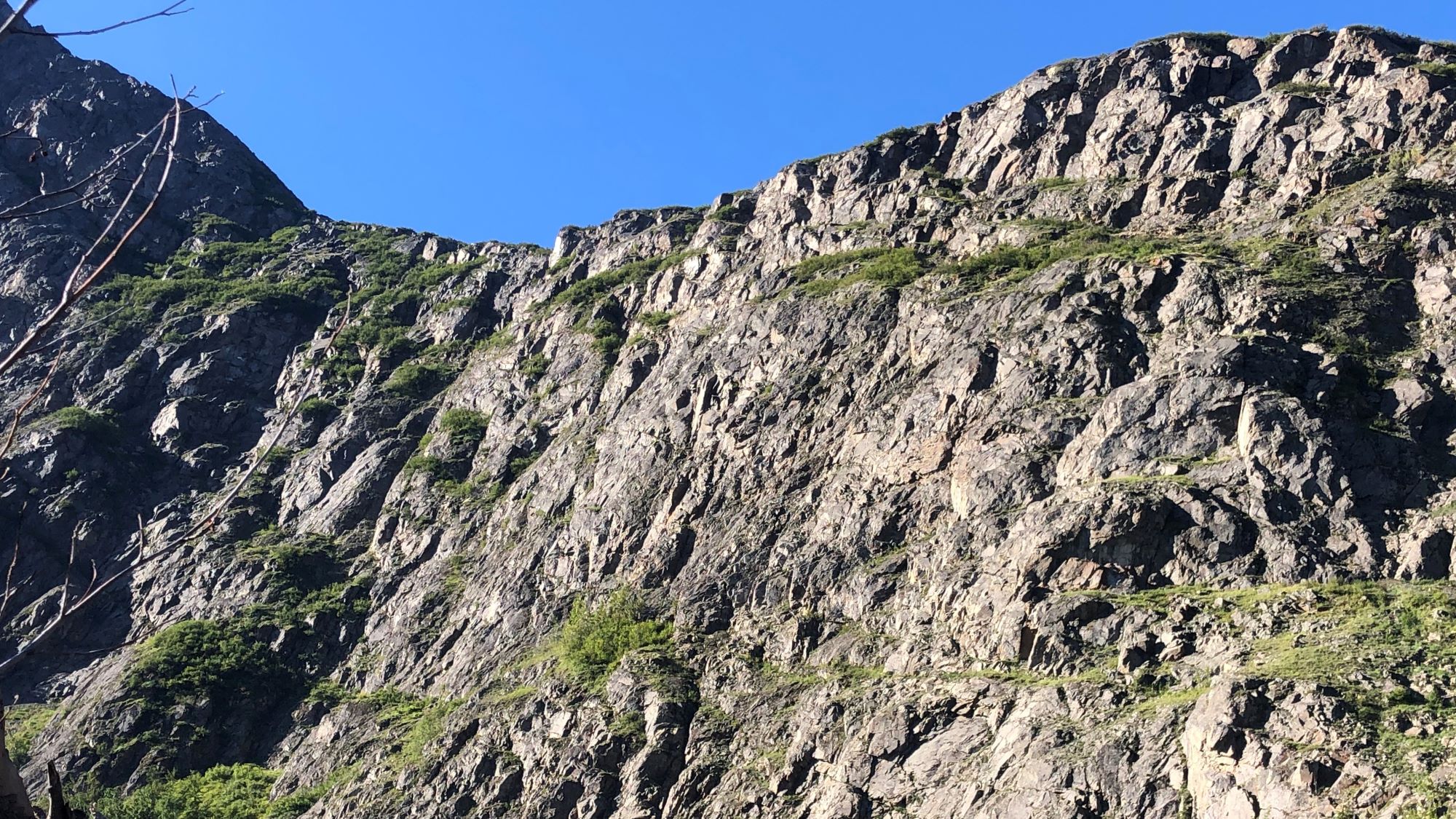 Takeaways From a Terrible Fall and Lifesaving Rescue

Walter “Rich” Richards does not consider himself a risk-taker. After 26 years in the Army and plenty of time fishing, hunting, hiking, snowmobiling and ATV riding in the Alaska backcountry, Rich has become adept at mitigating risk. The event that nearly took his life in September 2020, however, was not the result of risky decisions.

It was the last day of a 3-day hunting trip. By that point, Rich and his hunting partner had traversed nearly 20 miles and had one final climb to about 930’ through trickier terrain. They made it and started back down the path that afternoon.

“All of a sudden, the ground disappeared from underneath me,” Rich said.

He grabbed for a tree, but the roots pulled out, and it provided no stabilization. He continued to fall for nearly 125’, smashing into and over rocks, trees and other debris along the way.

His hunting partner, who had only been walking about 5’ ahead, heard Rich’s shouts and maneuvered his way down to where Rich had landed. Rich wasn’t conscious. He wasn’t breathing.

His hunting partner, who also had extensive military training, began lifesaving steps. Rich began breathing and regained consciousness but wasn’t out of the woods by any means. Gashes in his leg and head were bleeding profusely, and he had no feeling in the right side of his body. Rich would later find out that he had suffered a stroke as a result of the fall and broken his back in three places.

Rich initially bought an inReach® satellite communicator for a hunting trip with his daughter. There had been a number of bear attacks in their region of Alaska, and Rich wanted to take all the precautionary measures to keep his daughter safe.

Though he hadn’t had to use the SOS function until that day in September, Rich got into the habit of always carrying the device, utilizing it for navigation and route tracking. Prior to starting the hunt, Rich had shown his hunting partner how to use the device in case of an emergency — a decision that turned out to be crucial.

Just to get to cellphone service from where Rich lay, his hunting partner would have had to maneuver through 500’ of thick and difficult terrain then hike 6.5 miles to his vehicle and drive 3 miles from there. That wasn’t an option, though, because without his hunting partner holding him steady in position, Rich began sliding further down the hill.

By that point, there were 65-knot winds and heavy downpours, and Rich was quickly becoming hypothermic.

Rich’s hunting partner patted him down and found the inReach device in his pants pocket. His partner triggered an SOS and began two-way messaging with staff at GEOS International Emergency Response Coordination Center (IERCC) and Alaska Regional Coordination Center about the situation.

After the SOS was triggered, Rich’s wife and emergency contact, Corie Richards, got the call from the IERCC notifying her that an SOS had been triggered on her husband’s device.

She provided all the information she could. She knew that her husband was hunting with a partner, that they should have been close to packing out and that he had no known medical conditions. She was then updated as the rescue was carried out.

Given the weather, U.S. Air Force Pararescue Jumpers aboard Black Hawk helicopters were dispatched for the rescue. When they located Rich, they couldn’t find a pulse in his arms or legs — only his neck. He was flown to a trauma center and went into emergency surgery. Four titanium rods and 16 screws were placed in his back.

Rich had to spend 2 months in a spinal cord recovery center, but he’s expected to make a close to full recovery. He’s thankful he lived to tell his story as well as other lessons learned that day.

Try to ensure that the people in your party have basic lifesaving skills:

“I’m very careful about who I hunt with,” Rich said. “All the people that I will hunt with know basic lifesaving steps.”

Pack a rescue or strobe light:

“One of the things that I’m going to pack from here on out is a little strobe light,” Rich said. “That way, the rescue team can visually recognize where I’m at.”

“People talk about how they don’t go out far enough to need emergency equipment. But I was only 6.5 miles from where people consider civilization, and it took a lot to get me out of there,” Rich said.

Make sure you or somebody in your party is carrying an inReach device:

“Sometimes regular hikers feel like they’re not necessarily doing anything dangerous,” Corie said. “But if something happens and you’re 10 miles in, how are you getting out?”

Show your party members how to use the inReach device:

“Before every trip that I take with somebody, I let the person know where the SOS button is, and I give them a quick class on how to use it,” Rich said.