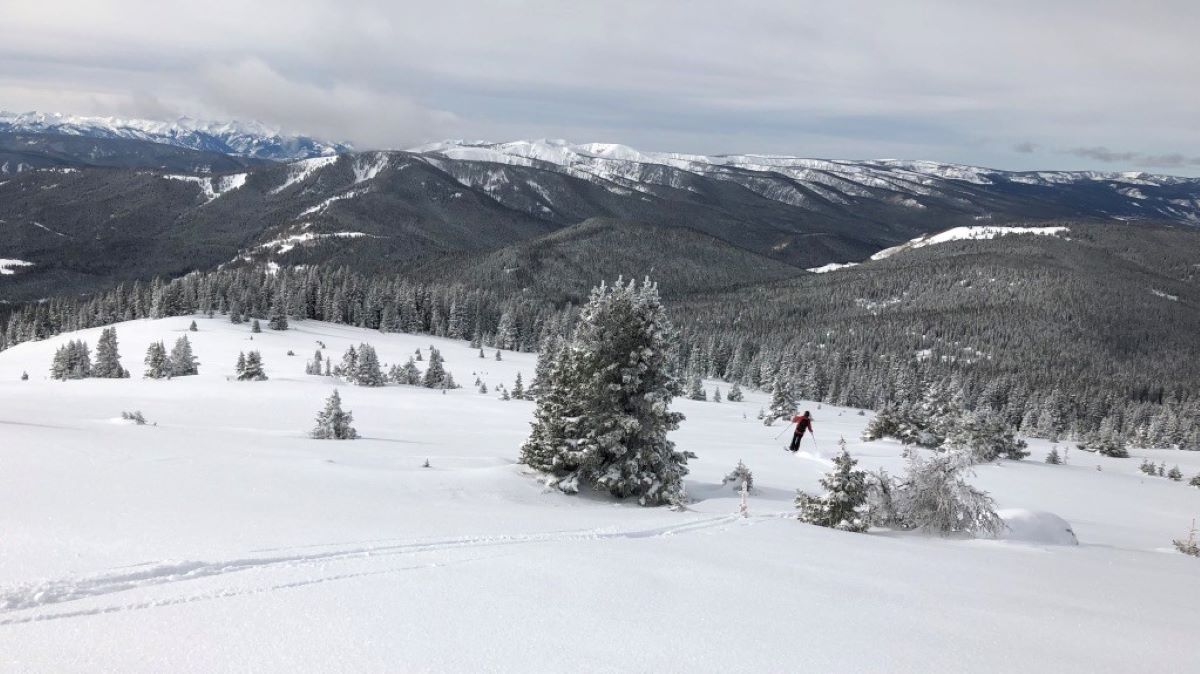 Brian Michel, Alexis Abelow and their two other party members stood at the top of the slope on Larkspur Mountain in Colorado, evaluating the line they were about to take. It was their second day touring from Margy’s Hut, one of a number of backcountry huts in the mountain range. With 15 years’ experience of backcountry skiing and snowboarding and 6 years’ experience doing a trip to that hut system, the group generally knew what to expect from the area but meticulously evaluated each line nonetheless.

The line they intended to take on that day in February was short and low-angled with a nice runout. It had snowed the night before, so the area was covered with a layer of fresh powder. The group ultimately agreed it looked safe. They lined up, and Brian was the first to take off down the slope. It wasn’t long before the group heard a loud thud, and Brian disappeared from view.

Worried that an avalanche had possibly been triggered, Brian’s party members traversed to the side of the hill to get a side-on perspective. It was only from that angle that they could see the rock garden and jagged edges sticking out of the snow.

“The last thing I remember is feeling rocks beneath my board,” Brian said. “Then, all of a sudden, Alexis was talking to me, and I noticed that there was a lot of blood around me.”

Brian’s snowboard had likely gotten hung up on a jagged rock just beneath the snow, which catapulted him into the rock garden. He had a large head laceration that was bleeding profusely. He also couldn’t move. It was determined later that he had broken his collar bone, three ribs and five vertebrae in his thoracic spine.

Alexis, who has extensive medical training, immediately triggered an SOS on her inReach® satellite communication device and began communicating with staff at GEOS, the Garmin-powered International Emergency Response Coordination Center.

“It was a really good thing we had that two-way communication in order to be able to communicate the severity of what had happened,” Alexis said.

She sent one party member back to Margy’s Hut to get a sled and additional help and asked the other member of their group to come down and assist. She assessed Brian’s mental status — alert but disoriented — and wrapped him up to preserve warmth before performing basic first aid on his head wound. Eventually, three more skiers from the hut arrived with more supplies and helped move Brian to a flat and less exposed environment on the side of the hill — an effort that still took 2 hours.

Due to a turn in weather and impending darkness, the responding Mountain Rescue Team had to travel by snowmobile rather than helicopter. They arrived to transport Brian off the mountain at around 6:30 p.m. that evening. Once off the mountain, Brian was driven to the nearest airport and put on a flight to Denver, which had a Trauma 1 Center. There, he went into a 9-hour emergency surgery to fuse and repair the broken vertebrae.

Two weeks later, Brian was finally sent home to begin a long recovery. Now, after nearly a year of physical therapy, he has hopes of getting back on his board.

A Much Longer Night

Both Brian and Alexis were carrying inReach devices the day of the incident. They had previously used the GPS functions for navigating in unfamiliar terrain and two-way messaging for communicating with friends and family when on backcountry trips out of cellphone service.

“The SOS function, too, always provided great peace of mind,” Brian said. “It’s always attached to my pack even if I’m not doing anything serious. Or even if I’m on a road trip, I take it with me.”

Without an inReach on the day of the incident, the party would have had to attempt moving Brian all the way back to the hut or trailhead, or sent someone all the way out to summon help, Alexis said.

“That would’ve taken us all night,” she said. “We would’ve exhausted ourselves.”

And despite the extensive medical training that their party had collectively, it was not enough to deal with Brian’s severe injuries.

“It would’ve been a lot of work to get me out,” Brian said. “And the head bleeding was worrisome.”

Brian said he’s noticed a huge increase in the number of skiers and snowboarders — who may be more novice — heading into the backcountry. While his injury was extreme, he noted that even a less severe injury could be a much bigger problem when in the backcountry.

“What if you wrecked your knee?” Brian said. “Unlike at a ski resort, that could be a life-threatening situation in the backcountry.”

Brian, Alexis and their two party members that day were all expert skiers and snowboarders with more than 10 years’ experience navigating the backcountry. They had plenty of wilderness and medical training amongst them. That year was their sixth time doing a hut trip in that mountain range.

Still, they encountered an emergency.

“We’re a group who skis really conservatively,” Alexis said. “But even if you’re cautious and considerate and you’ve got a lot of experience, you can still have a bad day. Things can turn really quickly.”

She suggested that other recreators who head into the backcountry remember to be responsible for their own rescue. That day, their party was carrying two significant first aid kits and a space bivvy bag — equipment that turned out to be critical, as they used nearly all of the gauze and bandages they had packed.

“Imagine the worst-case scenario and have a realistic plan for what you might do in that event,” Alexis said. “Have gas in the tank for that. Have the med kit really dialed in.”

And, for when that might not be enough, have an inReach.