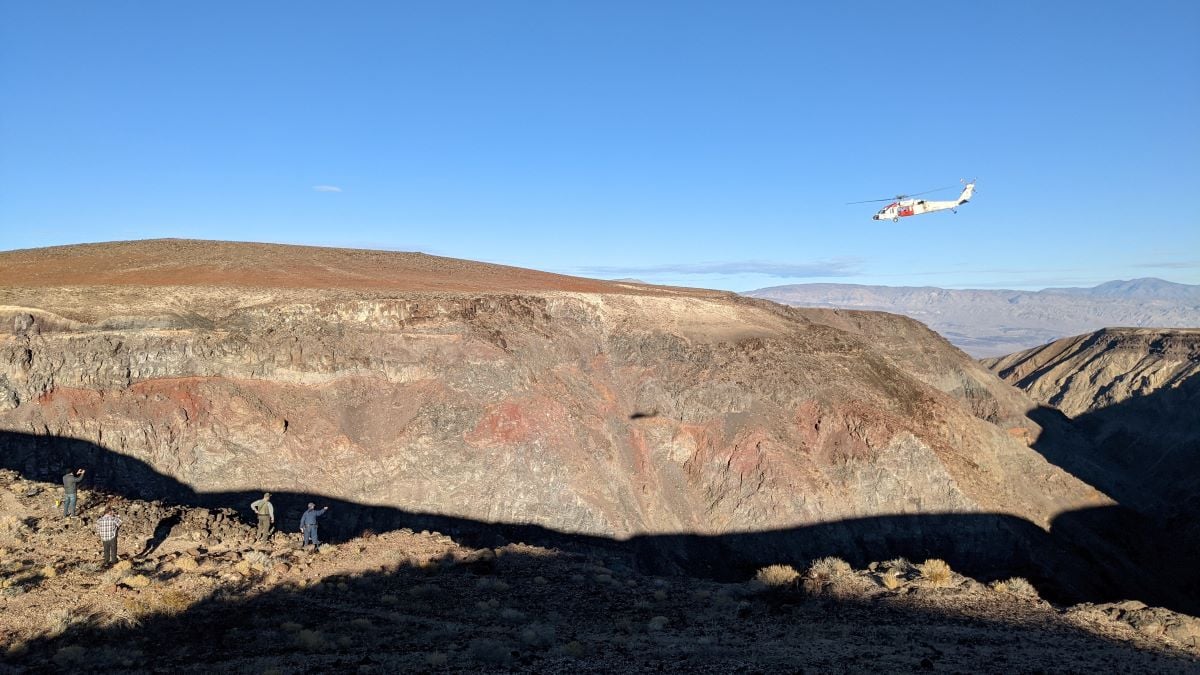 The 6,000th inReach® SOS: Helping a Stranger in Need

Rohan Grace is no stranger to being off the beaten path. An Australian who grew up off-roading, he is a member of two Land Rover Clubs and founded Off Road Oregon, a four-wheel drive tour company based in Oregon. More often than not, Rohan can be found on multiday or multiweek trips to out-of-the-way destinations in high-clearance vehicles.

It was on one such trip that Rohan and his partner, Hannah, were suddenly thrust into the position of coordinating the rescue of a severely injured stranger.

While driving on a road leading into Panamint Springs in Death Valley National Park, Rohan and Hannah were flagged down by an individual in distress. He was bleeding from minor injuries to his face and still wearing a climbing harness. The individual’s partner had fallen while climbing in Rainbow Canyon and was suffering from head injuries and a possible broken leg.

The individual explained that he had administered first aid to stop his partner’s bleeding, but she still needed a helicopter rescue. He didn’t have cellphone service to call emergency services himself.

Fortunately, Rohan had an inReach device in his vehicle.

“Due to our frequent travel into more remote areas where there is often no cell coverage, we wanted a satellite communicator that would track us, provide the opportunity for two-way text messaging and pinpoint our location in case of emergency,” Rohan said.

Given the lack of cellphone service in the park, Rohan and Hannah opted to trigger an SOS. Hannah used the two-way text messaging to converse with and provide information to the staff at the Garmin International Emergency Response Coordination Center. She also messaged her own emergency contacts to assure them that she and Rohan were not in danger.

Meanwhile, Rohan walked to the edge of the canyon and directed emergency services to the approximate location of the climbers. They waited until the helicopter had lowered a medic to the climbers, checked in with the park ranger on scene and left once everything had been handled.

“Without the inReach, we would have sent our friend into Panamint Springs, where presumably the two businesses there might have been able to reach emergency services,” Rohan said. “It would have taken an additional hour, most likely. Using the inReach began the process a lot quicker.”

Though it wasn’t the scenario he had in mind when buying the device, Rohan’s preparation and access to the device played a critical role in helping out a stranger that day. That’s why he recommends never leaving home without a satellite communicator — you never know when it could be needed.

“Always have a plan, let people know your plan, stay with your vehicle if stranded, and don’t leave home without a satellite communicator and charging options,” Rohan said.