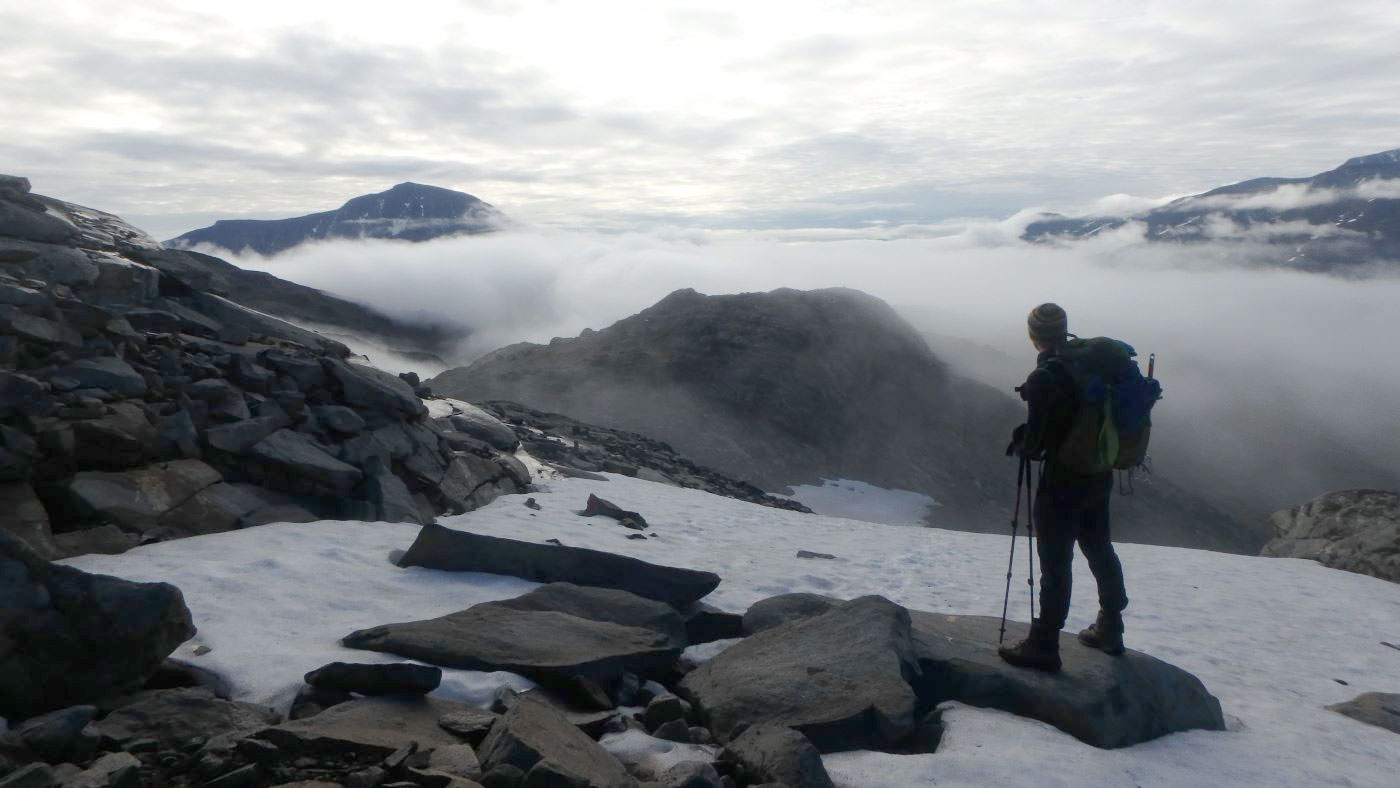 Jeppe Spence of Denmark has hiked the Appalachian Trail in the eastern U.S., Kungsleden, Skåneleden and Vättlefjällsleden in Sweden, and other various long-distance trails around the world — and he’s only in his early 20s. He’s trying to live a life he won’t regret, and that includes spending as much time outdoors as possible.

“The best thing about solo hiking is that everything happens according to you,” Spence said. “It’s a test of the mind and body at the same time.”

In the summer of 2019, however, crawling injured along a rural trail in Norway’s mountainous Jotunheimen National Park, he felt more alone than ever.

The route he took ended up in an area with no tracks or other hikers, where he encountered an impassable wall. As a result, he decided to seek shelter at a nearby mountain valley. While descending the technical mountainside, a rock slipped from beneath his feet, releasing a large boulder. It came crashing down, right into his ankle.

“In that moment, I heard a small ‘crack’ sound and deduced that my right fibula bone was broken,” Spence said. “I taped it up and chose to head toward a larger plateau to examine my leg and evaluate the situation.”

He couldn’t put any weight on the ankle but still had 20 kilometers of rock scrambling to get to the nearest hut.

“The worst feeling is being alone,” Spence said. “A while of being alone in nature can mess with your mental state and take away every shred of motivation.”

He wasn’t entirely alone, however. After planning several difficult solo treks, Spence had decided he needed to take security measures in case he got injured. He settled on purchasing an inReach® satellite communication device.

So in that moment, he triggered an SOS and began messaging with the staff at the GEOS International Emergency Response Coordination Center.

“Emergency services have advised that a helicopter is en route to your location with an ETA of 25 to 30 minutes,” the GEOS staffer wrote back.

About 1.5 hours after he triggered the SOS, a helicopter arrived. The rescue team lowered a doctor down to Spence to examine the injury. They loaded Spence into the helicopter and flew him to the nearest city, where a waiting taxi whisked him off to a medical facility in Lillehammer.

Prior to his injury, Spence had spent plenty of time trekking alone on trails. In 2017, he was the first credited Dane to hike the Appalachian Trail southbound.

“That challenge gave me a lot of tools for life and showed me a completely different and simpler way of living,” he said. “I brought only the essentials and fit all of my belongings in a 35-liter backpack.”

He recommends that everyone challenge themselves in that way — but take necessary precautions.

“Always, always make a plan B, C and D,” Spence said. “Know your get-out points, and inform at least a couple people of your itinerary. And last but definitely not least: bring an SOS device.”

He’s not sure how things would have gone without his inReach Mini on that day in Norway.

“I would have had two options: crawl 20 to 25 kilometers over two mountain passes and one glacier through rocky terrain — a trip that would’ve taken two days without an injured foot and in the end may have not been successful — or I could have said my peace and hoped that someone would look for me before my food ran out,” he said.

Fortunately, Spence didn’t have to face either of those options and looks forward to many, many more miles on the trails.

“I plan to come back with a partner and complete that route in Norway,” he said. “And I want to hike in places like the Pyrenees or the Alps and do the Pacific Crest Trail and the Continental Divide Trail.”