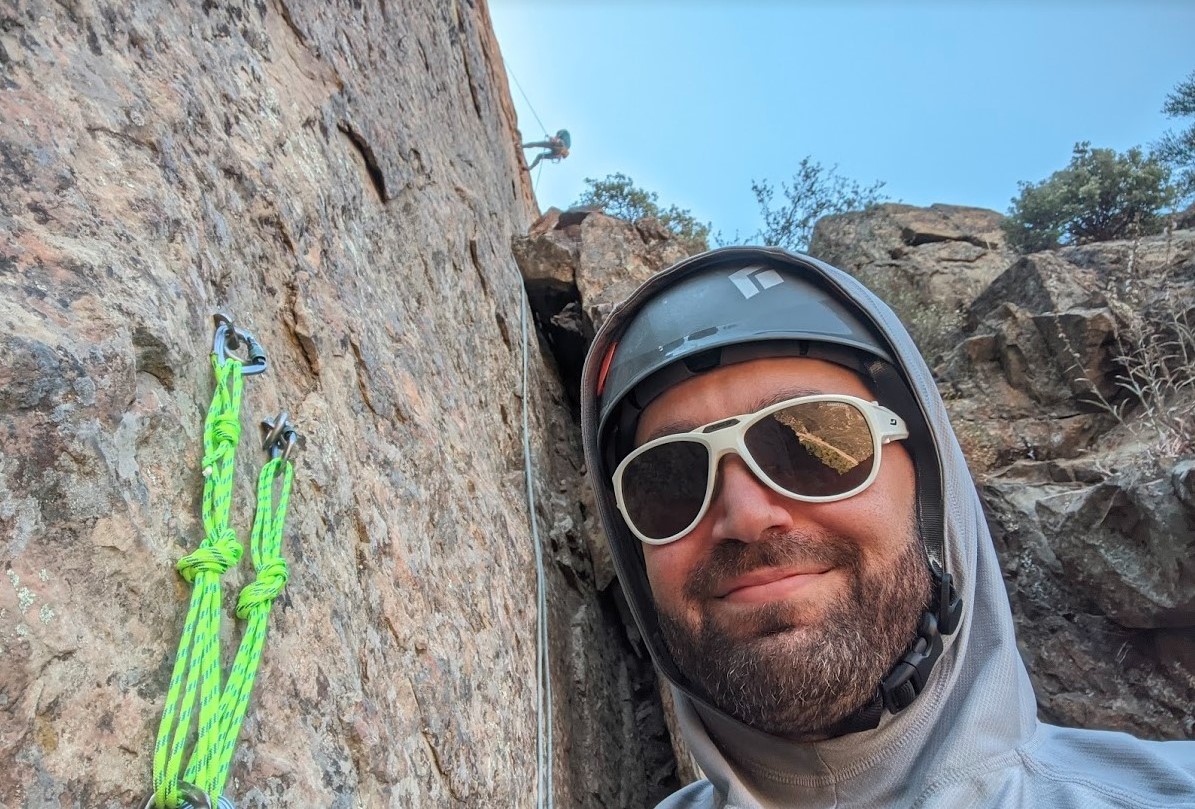 Matt Pinchak does not remember falling. He remembers when the rope got stuck while climbing a multipitch route with his wife. He remembers his attempt to free the rope. And then he remembers waking up at the base of the mountain, unable to move.

It was his wife who watched him tumble while trying to free the rope — and falling for another 250’.

“It was immediately obvious that I needed serious help,” Pinchak said.

Pinchak had been climbing for 7 years and had plenty of experience on the rock. It was his wife who was relatively new to the sport. Only one weekend prior was her first multipitch climb and rappel, ever.

Her first course of action was triggering an SOS on their inReach® Mini satellite communication device and relaying the incident information to staff at the Garmin International Emergency Response Coordination Center (IERCC). Then, she needed to make it down to Pinchak — solo. This required a rappel, a traverse along a narrow ledge and another rappel.

“Additionally, she had just witnessed her husband take a massive fall,” Pinchak said. “Despite all this, she was able to stay composed and do what needed to be done. By the time she finished the second rappel, we could hear a helicopter approaching.”

In all, the rescue took just over 2 hours from the time of the SOS trigger. When they heard the helicopter overhead, Pinchak began sobbing. It was only then that the severity of the situation sank in for him. The helicopter raised Pinchak to the cabin and flew him directly to the hospital.

Once there, scans showed that Pinchak had six vertebral fractures, including one serious compression fracture. He was in a Minerva Orthosis cervical thoracic halo brace for 10 weeks to let his spine heal, but he’s now doing extremely well.

About a year and a half prior to the accident, Pinchak planned a 42-mile backpacking trip in Kings Canyon National Park with his wife and some friends.

“I have always taken safety super seriously and so felt pretty uncomfortable taking people that deep into the backcountry without the ability to get help if something happened,” Pinchak said. “Just a bit of research showed the inReach is by far the favorite of outdoor enthusiasts.”

Plus Pinchak, an aerospace engineer, is very familiar with Iridium® satellites — technology that was imperative that day when they were in a gully with no cellphone service.

Thinking back, Pinchak isn’t sure what they would have done that day without the inReach device.

“I could barely move, and trying to make my way back to flat ground would have almost certainly caused a spinal cord injury,” Pinchak said.

He said his perspective changed that day. He had been climbing for 7 years without an accident. Fortunately, when one did occur, he was prepared.

“The $350 for the inReach Mini and then $15 per month for a subscription seemed prohibitive when I was trying to decide if I should get a satellite communicator or not, but now that it has quite literally saved my life, having an inReach is a no-brainer,” Pinchak said. “I’m now wondering why I didn’t get one sooner and would strongly recommend that any outdoor enthusiast not only gets one but also never travels in the backcountry by his or herself.”