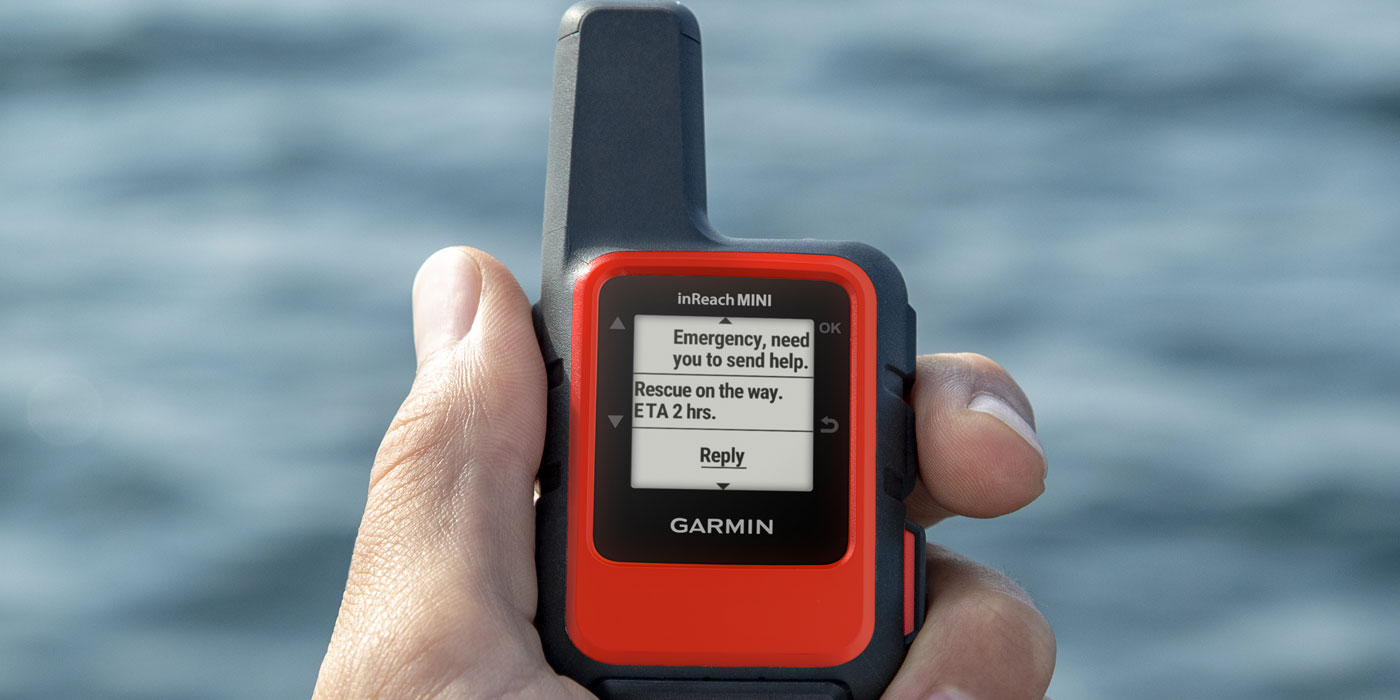 Last-minute Decision Proves to Be Valuable for Capsized Boaters

Sitting atop a capsized 26’ Glacier Bay catamaran 35 miles off the coast of Homosassa, Florida, Lincoln Fraser’s wife had a major “I told you so” moment.

Months prior, Lincoln had bought an inReach® satellite communicator, aware that he always lost cellphone service about five miles offshore while out fishing. But on March 30, his inReach device’s battery was low, and Lincoln knew the friend’s boat they would be on that day had an emergency position indicating radio beacon (EPIRB) if something went wrong.

But his wife wasn’t having any excuses and insisted on charging the inReach Mini in the car on the way over to the marina.

“Never did we dream that we were going to be capsized 35 miles offshore,” Lincoln said. He’d spent the majority of his life out on the water — as a lobster fisherman in Maine, in the Navy, working on tugboats and as a maritime merchant — and he never had as close a call as that casual trip with friends.

While anchored to do some fishing, a mechanical issue caused the hose to come off the boat’s livewell. Suddenly, water rushed in, and within 3 minutes the boat was capsized. Lincoln’s cellphone plunged into the depths of the ocean.

“In that short time, my wife must have told me 10 times, ‘Push the button, push the button,’” Lincoln said, and he did trigger an SOS while floating in the water.

Although the EPIRB was also activated, the inReach device’s two-way SOS communication allowed the staff at the International Emergency Response Coordination Center at GEOS to communicate with Lincoln and relay to emergency services key information about the situation, such as how many people needed rescue, if there were any injuries and if they had life jackets available.

When the Coast Guard Seventh District crew arrived, the group of four friends were sitting atop the boat, which had not completely sunk. The Coast Guard hoisted each of them up to an MH-60 Jayhawk helicopter. Once at the Coast Guard Station, four ambulances were waiting to transport them to a local hospital for treatment.

Other than a few bumps and bruises incurred during the capsize, the group walked away unscathed.

More than physical injuries, though, Lincoln feared his wife might never again join him on a fishing trip. At the time of the incident, they were selling their house in Maine and looking forward to many more years of fishing trips off the coast of Florida. But losing cellphone service while out on the water had always been unnerving to her.

Lincoln is pleased to report, though, that they already have another fishing trip planned — even back to the same area. He said he has the inReach to thank for that.

“When that happened that day, I thought that it was going to ruin her forever,” he said. “But it totally took any worry right out. She even went out with us to recover the boat, when I thought she’d never want to go offshore ever again.”

The once capsized catamaran is now recovered. Lincoln was able to look back through his inReach messages and see the exact location where he triggered the SOS. That allowed them to locate it two days later and tow it closer to shore to be flipped over.

From now on, though, he knows to heed his wife’s advice and carry an inReach — even if it’s at the last minute.

“Always have a means of communication,” Lincoln said.