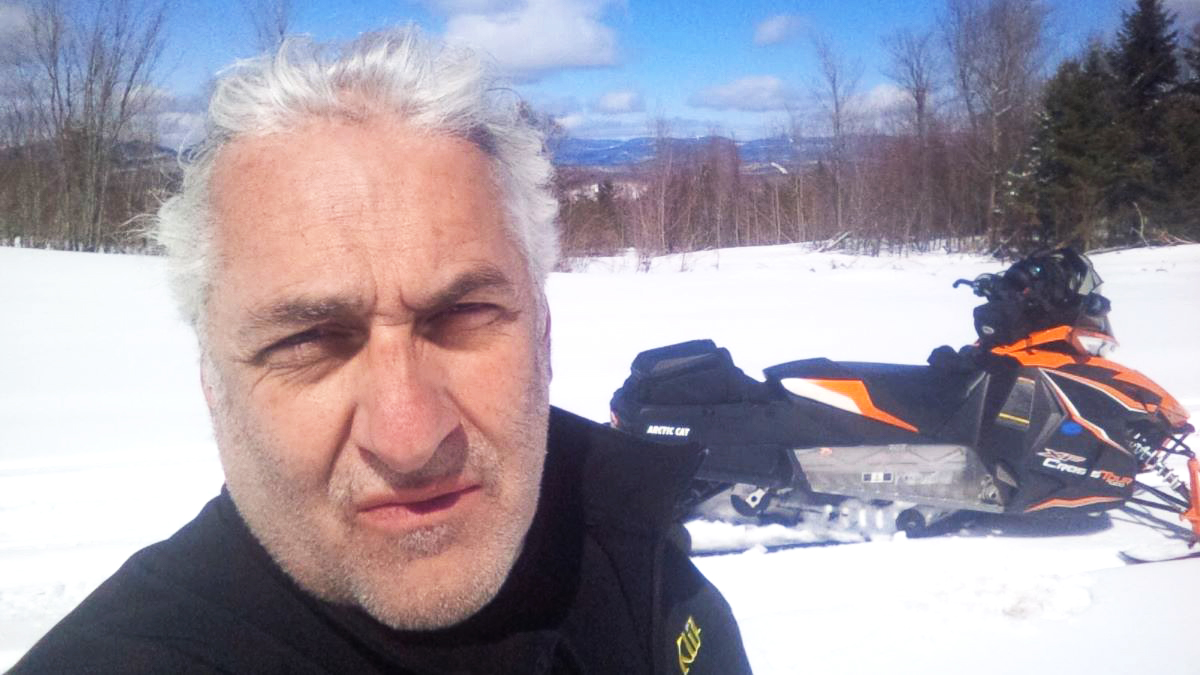 One winter, Guy Gagnon was in northwestern Maine, close to the Canadian border, and went out to test his new snowmobile for the first ride of the season. He wasn’t planning to go far, and didn’t think he would run into any problems with a new sled. He did. He shared the story with Garmin.

I had gone out about 20 miles from the lodge toward the border. On the way back, I ended up getting stuck in a fairly deep water bar, with a 4’ high bank on both sides. The sled totally wedged between both banks. I figured out later that I was 14 miles from the lodge at the time. The area is mostly off-grid with extremely spotty one-bar signal strength cellphone coverage — at best — when the trail gets close to Route 27.

It was about dusk, and the snow started to get quite heavy. I was unable to get the snowmobile out of the water bar, so I made a cellphone call to the owner of the lodge. As I was trying to describe my location, I remembered I had my inReach. I told the owner of the lodge that I would send him an inReach message, and it would have my exact coordinates. Just as I was trying to further describe my location, I dropped my cellphone in the water bar — right in the middle of describing my location. I wasn’t sure if he could even hear me, and I didn’t know that he understood me when I told him to check for the inReach message.

Not knowing if the lodge owner actually heard what I had said, I decided to start walking. The snow was coming down quite heavily, and I couldn’t see very far in front of me. It was dark, but I knew I was on the trail and figured if I just kept walking I’d eventually make it back.

But by that point, there was 8” of new snow on an already snow-covered trail. I was pretty exhausted after walking 3 to 4 miles. Then I saw a dim light and heard a faint sound — the lodge owner’s sled.

It ended up snowing 2’ that night. Had the owner not gotten my inReach coordinates and come to get me, I would have had a really tough time walking 14 miles in heavy boots and gear designed for riding a snowmobile. I probably could have made the walk or even survived that evening outside, but it wouldn’t have been pretty.

The bottom line is that the inReach satellite communication device saved me that night. Since that incident, I’ve stayed subscribed to inReach.