Halfway There with Aaron Rice

He’s more than halfway there. The record for 2.5 million self-propelled vertical feet is now within reach for Aaron Rice. When we last checked in with him, he was just under half a million vertical feet – he’s now passed the 1.5 million marker with nearly five months to go.

Aaron grew up in New England where he fell in love with skiing at a young age. In high school, he was a ski instructor and racer at the 240′ vertical Nashoba Valley. Then in college, he began exploring the backcountry and learning about avalanches. After graduating from UVM in 2012, Aaron moved to Alta where he has been backcountry skiing ever since. Year after year Aaron pushed himself to hike more vertical feet and ski harder, faster lines. Five winters ago he skied 75,000 vertical feet. The following year he skied 117,000 vertical feet. Then in the next three years, he skied 248,000, 447,000, and finally 703,000 vertical feet respectively. This year, his goal is to ski 2.5 Million self-propelled vertical feet. 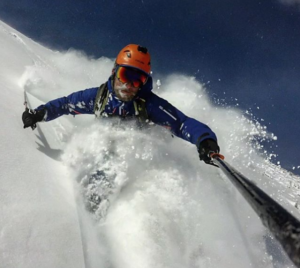 Recently, Aaron moved to Argentina to take advantage of new terrain and plenty of fresh snow. In Argentina, he will continue to hike and ski an average of 5,000 vertical feet each day until the early winter months, when he will return to the US to complete the record attempt. 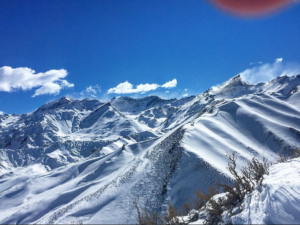 Aaron uses a Garmin epix watch for all of his adventures. It is equipped with auto-calibrating ABC sensors to provide relevant real-time information, a built-in altimeter that provides elevation data to accurately monitor ascent and descent, and a barometer to predict weather changes by showing short-term trends in air pressure. Garmin epix has helped Aaron push himself to go longer and faster.