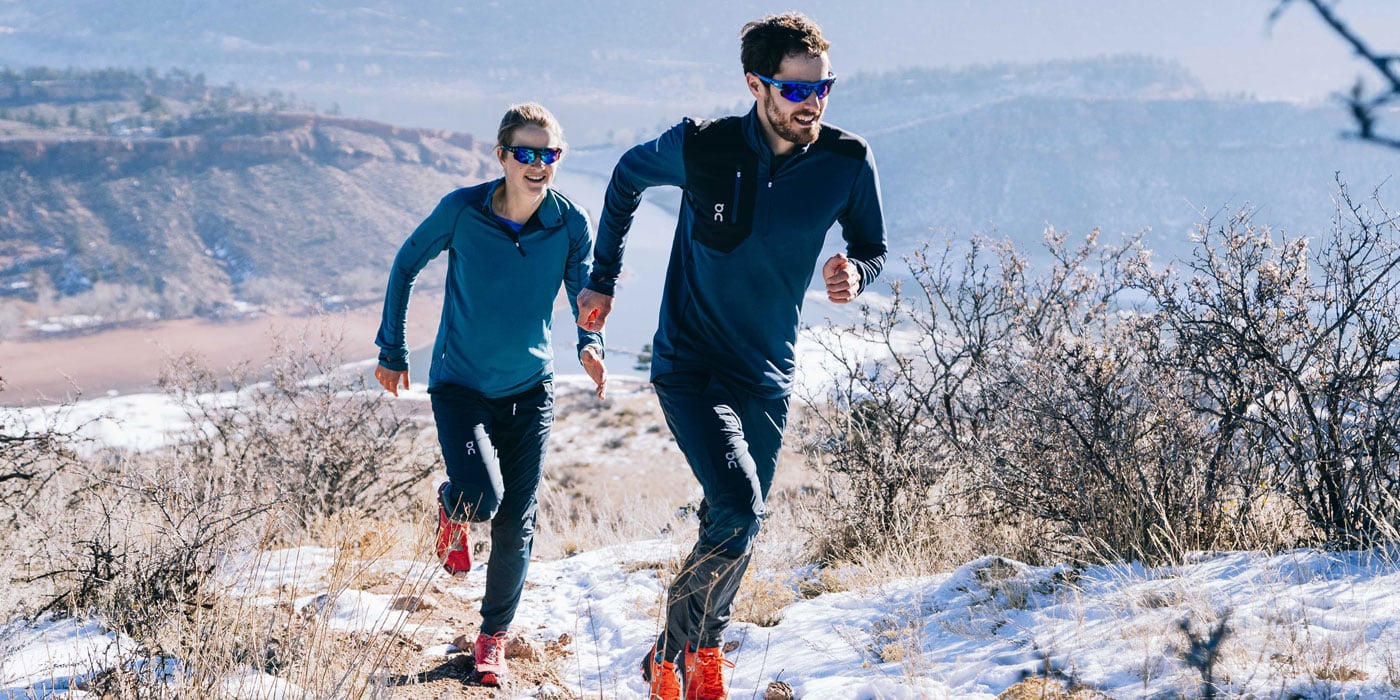 When Katie Schide completed New Hampshire’s White Mountains Hut Traverse in record time for a woman, it was a long time coming.

As the daughter of a Garmin software engineer and Maine native — now living abroad in Switzerland as she finishes her Ph.D. — Schide has an extensive history with Garmin technology.

“I was always testing GPS technology, geocaching and going hiking with my dad,” she said. “So I always liked the outdoors.”

While in college, Schide spent summers working as an Appalachian Mountain Club hut crew member, speed hiking 60-pound loads up rugged New England trails throughout the week. From there she took her love for the mountains to Utah, where the beautiful western landscape and endless trails sparked her interest in endurance trail racing.

With an education in the ballet-like footwork required on technical New England trails and a physical and mental capacity for endurance racing developed in the West, Schide is now tackling the European trail running scene. Since 2017, she has collected an impressive number of top-three finishes, most recently winning the Mont-Blanc Marathon 90k in Chamonix, France.

Having made a global name for herself in the trail running community, in the summer of 2019 Schide set her sights on a goal that brought her back to where it all started.

The White Mountains Hut Traverse is a technical 49-mile route that connects eight huts over rocky and root-dense terrain. In 2018, the women’s speed record was set at 14 hours and 28 minutes, and Schide wondered if she could beat it. So with the support of her partner and coach (French ultrarunning powerhouse Germain Grangier), she set out to claim the fastest known time.

Just like he had so many years prior, Schide’s father made sure she took an inReach device.

“Growing up, on every hiking trip with my dad, he had at least one device,” she said. “And when I started running in the mountains he was like, ‘You should take this,’ because he wasn’t really sure what I was doing, and it allowed him to track me and know I was safe.”

For the hut traverse, though, they had other reasons to take the inReach Mini satellite communicator.

“We thought it would be really cool to bring so that people could follow our MapShare and send us messages,” she said. “Even our followers in France and Europe could see what we were doing.”

On that day, their friends, family and fans watched and celebrated as tiny green dots showed up on Schide and Grangier’s MapShare page, eventually ending at Lonesome Lake Hut in the time of 12 hours and 23 minutes. Schide had broken the record by more than two hours.

Training in Europe with Garmin Technology

With tracking, two-way messaging and SOS capabilities, the inReach also provided some peace of mind in the event that something went wrong that day. Those features are something Schide and Grangier appreciate back home in France and Switzerland too.

“Where we live there isn’t a lot of cellphone service, so we always carry the inReach,” Schide said. “One time I was working in Zurich and Germain was going on a 12-hour ski trip. He took the inReach so I could track his progress.”

And while they agree that lots of coffee is the most important tool for a big day in the mountains, their Garmin fēnix® watches and inReach devices are too. As two athletes who spend the majority of their time running, biking or skiing, the ability to track routes, distances and time on the fēnix and inReach is imperative.

They can also pair the inReach to their fēnix using ANT+ so messages show up directly on their wrist, and send custom messages quickly by pairing their mobile phone via Bluetooth and using the Earthmate app. That means no need slow down — something neither Grangier nor Schide want to do. Beyond competing in more big races, like the Ultra-Trail du Mont-Blanc 100 miler in Chamonix, they simply wish to be able to run and explore in the mountains far into the future.

“We want to be able to keep hiking and keep running for a very long time,” Grangier said.

That need and love for the mountains, whether running from hut to hut in the rugged White Mountains or trekking for full days in the striking Swiss Alps, is why Schide, and now Grangier, fully embrace the devices that first helped inspire Schide’s love of the outdoors.