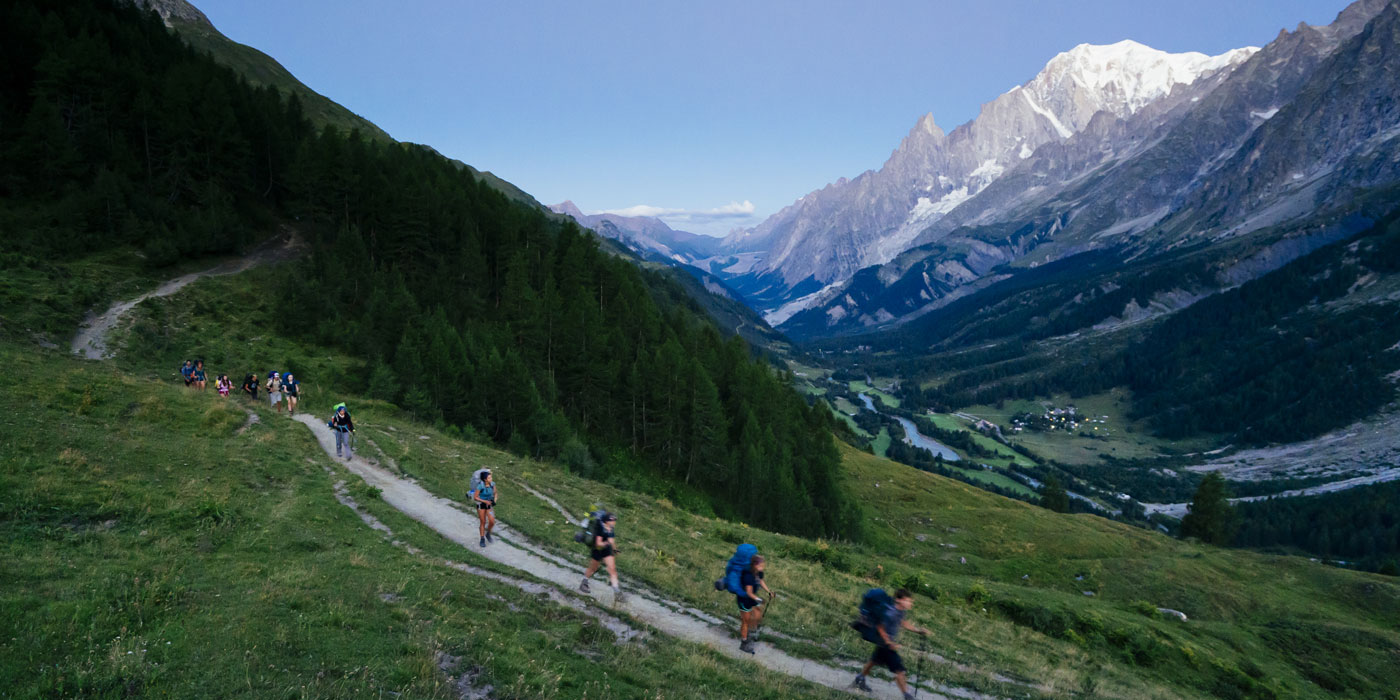 inReach in the Field: Clear Communications for Addressing Challenges

Each year, leaders at Apogee Adventures guide hundreds of high school students on cycling, backpacking, hiking and service trips around the globe. Apogee trips can be long in duration and often remote — from hiking the rugged French Pyrenees to cycling the U.S. from coast to coast.

As with any outdoor adventure, there are occasional bumps and bruises endured along the way. Serious emergencies and evacuations on Apogee trips are rare, but one incident last year put their trip leader training and new communications protocol using inReach® satellite communicators to the test.

The Hundred-Mile Wilderness in Maine is one of the most challenging sections of the Appalachian Trail (A.T.), where hikers encounter moose, cross bogs and streams and — during spring and summer months — endure the nuisance of insects. An Apogee group hiking this area last summer disturbed a wasp nest, and one of the students was stung multiple times.

Will Robertson, assistant director at Apogee, was walking into the office headquarters in Brunswick, Maine, around 11 a.m. and received a message ping on his cell phone. It was a quick text message from the group leader’s inReach device on the A.T. They had a serious situation. The student who had been stung was having difficulty breathing.

The quick text message from the field reached not only Robertson but also select Apogee senior staff. The leadership team quickly gathered in the office and communicated with the leader via two-way messaging to assess the situation.

Chad Olcott, director at Apogee, contacted the Maine Warden Service to discuss possible evacuation options. “The Wardens had a float plane ready to go,” Olcott said. “They were just waiting on a call back from us.”

The staff at the office knew from the student’s health information form that there was no prior history of allergic reaction to insect stings. By communicating with the team leaders and calmly assessing the student’s situation, they determined that the student wasn’t exhibiting other symptoms of anaphylaxis, and it wasn’t necessary to administer an epinephrine injection. The student soon calmed, and the symptoms abated.

“The group was able to finish that portion of the trip,” Robertson said. “It was the best of all possible outcomes.”

Many Apogee situations in the field have similar resolutions. Still, had the trip leaders assessed that immediate evacuation was necessary, they are instructed to trigger an SOS on the inReach device, which puts them in touch with the International Emergency Response Coordination Center at GEOS as well as alerts the Apogee leadership team back at headquarters.

Both Robertson and Olcott agreed the trip leaders did the right thing during the incident on the A.T. Rather than trigger an immediate SOS, the leaders communicated with headquarters and asked for guidance in what didn’t appear to be a black-and-white situation. Most importantly, nobody panicked, and clear communications made that possible.

Apogee leaders are college students or recent graduates who often have experience as student trip participants in prior years. All leaders receive extensive pretrip training from Apogee staff. This training includes understanding Apogee’s standard communications protocol as well as how to deal with challenges in the field.

Students are not allowed to carry phones or communication devices on trips. Parents are very much on board with this requirement, and students adapt to the new normal and soon appreciate being untethered from a cell phone. Leaders are required to hold and manage a communications device, and staff back at headquarters want to receive reports that all is well. Trip leaders are required to complete standard check-ins as well as relay information and questions when things go wrong or the group needs directions.

Switching to inReach From Satellite Phones

In particular, Apogee has found that communicating via inReach helps them with situational assessment — particularly in incidents such as the one on the A.T. — where many individuals are involved and timely decision-making is critical. “With a sat phone, you’ve only got one person on the line with the leader. It’s maybe chopping in and out. Sure, you’re able to communicate with the leader, but it’s not ideal,” Robertson said.

Robertson added that with an inReach device delivering messages to the leadership group, they can coordinate and discuss options together. “You have more heads assessing the messages. You can develop a plan together and communicate it back. We can also get the device location to know exactly where they are.”

(Read more about Apogee’s field communications protocol on their blog.)

The inReach device has also become a key tool to help Apogee staff create routes in the offseason and aid navigation for trip leaders in the field. With 20 global itineraries and 70 iterations of those trips — maps, route creation and tracking are essential parts of every Apogee adventure.

For example, when Robertson recently planned a stay at a Costa Rican eco lodge for a future student trip, it was easy for him to create a waypoint at the site with an inReach device — making it easier for the trip leaders to locate. He can also import waypoints and routes via GPX or KML files to the Explore site at a later date when he reviews routes in the office during the offseason.

The decision to switch from satellite phones to inReach has been successful. “We’re better served by inReach,” Olcott said. “We’ve seen a net increase in security and functionality. We’ve yet to be disappointed.”

Founded in 2001, Apogee Adventures offers outdoor adventure travel to young adults. Students travel by their own power during adventures and visit locations throughout the United States, Canada, Europe and Caribbean.