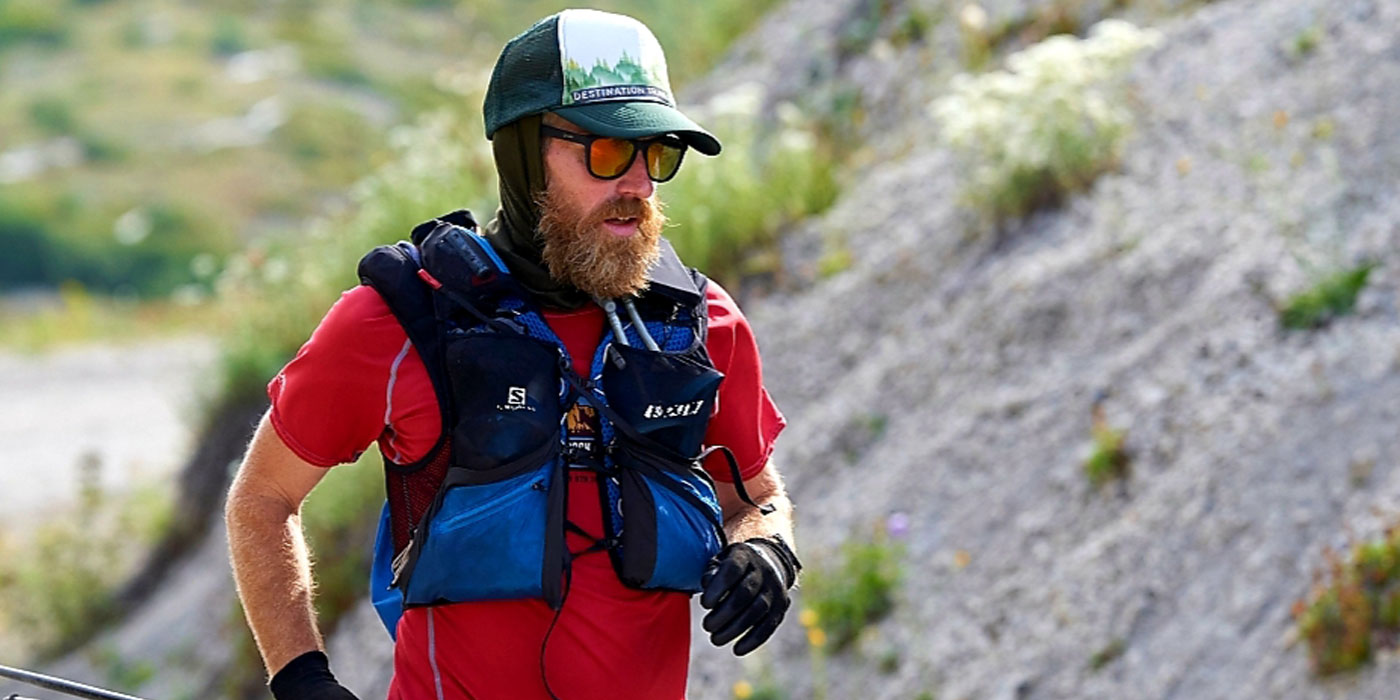 Every year, Duane Konyn participates in a fantasy basketball league with his brothers. In the spring of 2019, he was the lucky winner of the coveted pool of money.

“I told my wife that with the money, I was going to buy this cool inReach, for safety reasons,” Konyn said. “If not for winning, I’m not sure I would have gotten it yet.”

He’s really glad he did.

Months later, Konyn found himself 165 miles into a rugged 206-mile ultramarathon when he was overwhelmed with pain, suddenly dizzy and vomiting. It was the fourth day of the Bigfoot 200 in Washington, and he was in the middle of a tough, remote 19-mile section of the race. Only his race pacer was in sight. Up until that point — other than a bit of concern in the back of his mind that he hadn’t yet been able to urinate that day — Konyn felt good.

“But all of a sudden, everything just stopped,” he said. “I collapsed to my knees in pain, and my bladder was so full that it was convulsing.”

Konyn could only lay down on the trail. He knew he was in trouble, so he told the next passing runner to relay that message to the volunteers at the aid station, which was 12 miles away.

“I knew I wasn’t going to be able to move fast or far,” he said. “I tried a few times to get up and go, and I couldn’t get very far at all. The pain was just off the charts.”

About 20 minutes later, Konyn realized the situation was bleak and decided to trigger an SOS on his inReach® Mini satellite communicator. He then handed off the inReach device to his pacer to communicate the details of the situation via two-way messaging with the GEOS International Emergency Response Coordination Center (IERCC). Staff at the IERCC replied within minutes that emergency services had been contacted, and the level of Konyn’s pain and immobility had been relayed.

His pacer also used the inReach Mini device to text Konyn’s wife, who was back at home waiting for him to finish the race. As Konyn’s emergency contact, she was also communicating directly with the IERCC and receiving updates from law enforcement.

When Brian Wilford, the volunteer race medic with 30 years of experience as a paramedic and an ultramarathoner himself, arrived on the scene, he immediately determined Konyn was in bad shape and needed evacuation. Given his knowledge of the remote area, he was prepared with enough gear to spend the night.

“Without Duane activating the SOS with details of his emergency, we would have been dependent on runners passing along information to aid station staff, who then would have had to pass along the information to the race director,” Wilford said. “That would have taken hours at best, and would not have provided the detail to know this was an actual emergency that required immediate intervention.”

Getting Konyn out of the area, however, was another problem.

“They couldn’t figure out a way to get me out because I was in the middle of nowhere — pretty much in the worst spot I could possibly be,” Konyn said.

He was surrounded by steep, technical terrain, and Wilford determined it would probably take at least a full day and night to get Konyn to safety if he called in a ground search and rescue team. Given his increasingly severe pain and symptoms, Konyn didn’t believe he would make it that long. They determined a helicopter would be the only way out, and they communicated that message to GEOS. Given their extreme location in Washington’s Cascade Range, an Army Air Ambulance Detachment —  the Yakima Dustoff unit — was dispatched to assist, but would take some time to arrive via helicopter.

During that time, nearly 60 racers passed by, all hoping to help but able to do little more than provide encouragement and camaraderie. Wilford built a fire in case they’d be there all night. Konyn thought a lot about his three young kids back at home.

But then, to their relief, a Black Hawk appeared overhead. It couldn’t land, given the rough terrain, so Konyn was hoisted via long line into the helicopter.

“Duane did everything perfect, as did race staff and the Army,” Wilford said. “In 30 years of being involved with mountain rescues I have never seen a more rugged or remote area, but the rescue went smoothly and rapidly. In less than 12 hours from activating his device, he was in the hospital receiving care.”

Once at the hospital, doctors quickly determined Konyn was suffering from acute bladder retention due to a urethral blockage.

A urologist removed the blockage and drained the nearly 2 liters of built-up fluid inside his body, and Konyn immediately felt better. So much so that — in true ultrarunner fashion — he opted to walk the mile back to a hotel, still clothed in scrubs.

Despite being a bit sore and needing a few follow-up doctor visits, Konyn is now back on the move. 2019 was his second attempt at the Bigfoot 200. In 2017, he endured a race-ending ankle injury at mile 140.

“It’s a really fun race,” he said. “But I was ready to finish that day and get that monkey off my back. But of course, you’ve got to get to the end.”

Instead, he’s looking forward to maybe, finally finishing the race’s 206 miles next year — or at least spending many more big days on the trail. He’s getting an adventure van with his wife and has some backpacking trips planned for the future.

Konyn said he’ll certainly bring his inReach, though, and recommends that other long-distance runners and hikers do, too.

“The main thing is that it’s just so light,” Konyn said. “It’s just so easy to take on long runs. It’s not cumbersome at all.”

Looking back, he feels pretty lucky to have won that fantasy league money.

“I think if I didn’t have that inReach, I may have had to spend the night on that trail, and I wasn’t sure I was going to make it through the night,” he said. “I was lucky to have it.”