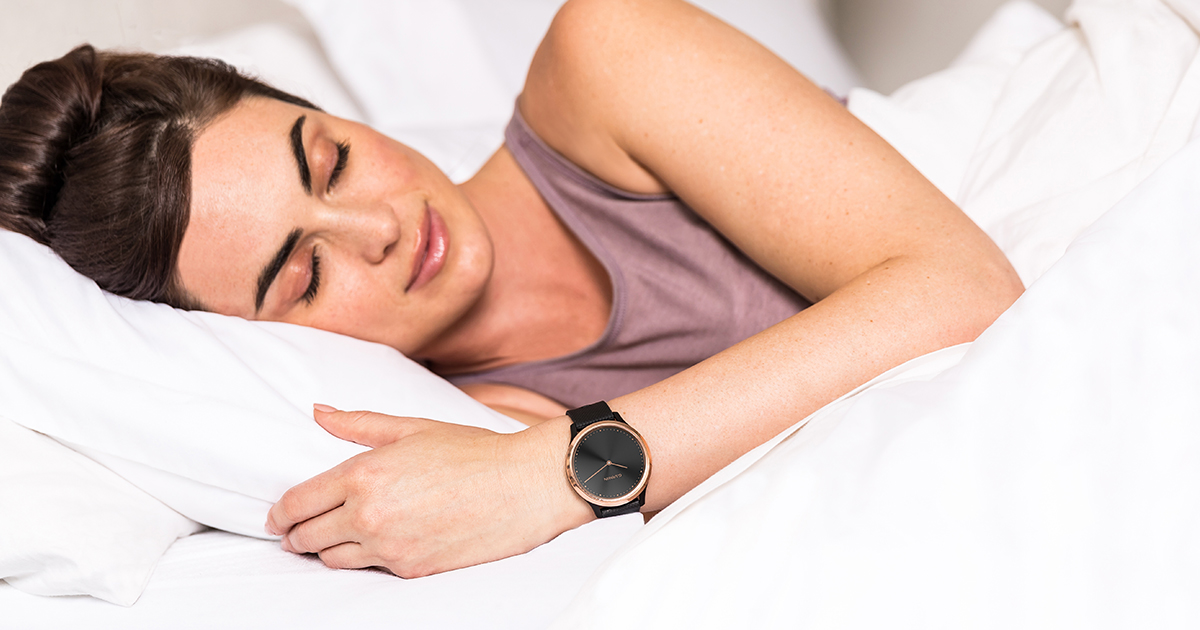 Garmin announced Advanced Sleep Monitoring, an enhanced capability to more accurately identify sleep stages, last June. Developed against truth data generated by a clinical device, the feature is the result of a sleep study by Garmin Health conducted under the supervision of Dr. Suzanne Stevens, Director of the University of Kansas Medical Center (KUMC) Sleep Medicine Clinic with certifications by the American Board of Psychiatry and Neurology and the American Board of Sleep Medicine.

Dr. Stevens presented the details of the study on May 7th at the Annual Meeting of the American Academy of Neurology. The poster presentation covered study design, results, and the conclusion that Garmin wearables that support Advanced Sleep Monitoring present a valid method to estimate sleep stages. For consumers, this results in invaluable insights regarding their sleep hygiene and how their sleep patterns may be affecting their overall health. For researchers, the results indicate Garmin sleep tracking wearables may be suitable for longitudinal studies where monitoring participant activity and sleep patterns are desired endpoints.

In contrast to similar studies, the Garmin Health and KUMC study was conducted outside a sleep clinic in real-world conditions typical for most users. Study participants used a clinical reference device at home in their own beds, providing data representative of their normal sleeping patterns. Only participants using CPAP machines or with tattoos on their wrist were excluded, meaning data was collected from participants with a variety of known and unknown sleeping conditions, as would generally be the case for users of consumer wearables.

Outside of the study, algorithm performance from 3,200 nights of sleep in a production environment collected during beta testing was cross-checked with clinical reference data regarding the average distribution of sleep stages by age group. The results aligned with expectations, including a decrease of deep sleep and total sleep duration as a function of age.

Garmin Health provides enterprise solutions that leverage Garmin wearables and the high-quality sensor data they produce for use in the corporate wellness, population health, and patient monitoring markets.  Contact us to request more information about how to build your own innovative experience or research study.

In the last several years there has been an explosion of smart wearable devices that are capable of measuring steps, activity, heart rate, and other biometric data about the wearer. An estimated 117 million smart wearables will be sold in 2019, with that number rising to 233 million in 2022 [1].  Actigraphy has been the gold standard for many years to estimate sleep stages using wearables. Actigraphy uses accelerometer information to estimate wake/sleep periods of the user [2]. Many modern wearables also measure heart rate and heart rate variability by using optical photoplethysmography (PPG). PPG uses light emitted into the skin to measure pulse rate by observing small changes in the intensity of the reflected light due to capillary blood volume changes as the pulse pressure wave transits the sensor field of view. The use of actigraphy, heart rate, and heart rate variability together provides the opportunity to estimate more than just wake/sleep, such as light (N1 and N2), deep, and REM stages of sleep.

This study involved recruiting subjects to wear a Garmin vívosmart 3 and a reference device so that the accuracy of the Garmin device in estimating sleep stages could be assessed. The most accurate method to determine sleep stages involves the use of in-laboratory polysomnography (PSG), which includes the use of EEG, EOG, and EMG sensors. However, the use of an in-laboratory PSG is cumbersome for the subjects, and many times does not yield the same quality and quantity of sleep as a subject sleeping in familiar surroundings in their own bed. EEG systems that are take home devices such as the Sleep Profiler have been developed and yield comparable sleep architecture estimates to PSG [5]. In this study, the Sleep Profiler was used as the reference device, reducing burden on study participants and allowing for data collection in an environment identical to production use of the Garmin wearable.  The accuracy of the Sleep Profiler was deemed to be comparable to a laboratory PSG.

The Sleep Profiler output data, including the automated sleep staging output, was then reviewed by a Registered Polysomnographic Technologist using AASM guidelines [6] to provide the reference sleep stages. Scoring was done at the 30-second epoch level. In this case, N1 and N2 sleep stages were combined into a light sleep category. Wake, light, deep (N3) and REM stages were then scored.

The scored data was then used to train a neural network to perform the sleep stage classification. The neural network architecture was chosen such that it could be realized in a production system that included the wearable device, with somewhat limited computing resources, and the Garmin cloud, which has extensive computing resources. In the end, a two-stage approach was used, where data was pre-processed on the wearable to segment and compress the wide bandwidth sensor data into a manageable payload for syncing off the device via Bluetooth low energy (BLE) and the Garmin Connect Mobile app to the Garmin cloud for further processing.

55 individuals were recruited to participate in the study. The only exclusion criterion was if there was a tattoo on the dorsum of wrist that would interfere with the optical heart rate reading. Of these 55 individuals, 14 indicated that they have a sleep disorder or take medications that may impact sleep architecture. These individuals were noted, however their data was still included in the study to represent the general population and a percentage of real-world users with sleep disorders, whether known or unknown. Of the 55 participants, 31% (17) were female and 69% (38) were male. Age distribution was 35.5 +/- 8.7 years, BMI distribution was 26.3 +/-6.4.

The work provides evidence that a wearable device using only actigraphy and optical heart rate sensors can estimate sleep stages of users to nearly 70% accuracy with a good Cohen’s kappa of 0.54 +/- .12. This compares closely to the results in [4], despite the increased challenges of production systems and real-world data collection. It also compares favorably, but does not reach the same level of accuracy, as EEG based sleep stage measurement devices, which reach an inter-scorer accuracy level of 82%.