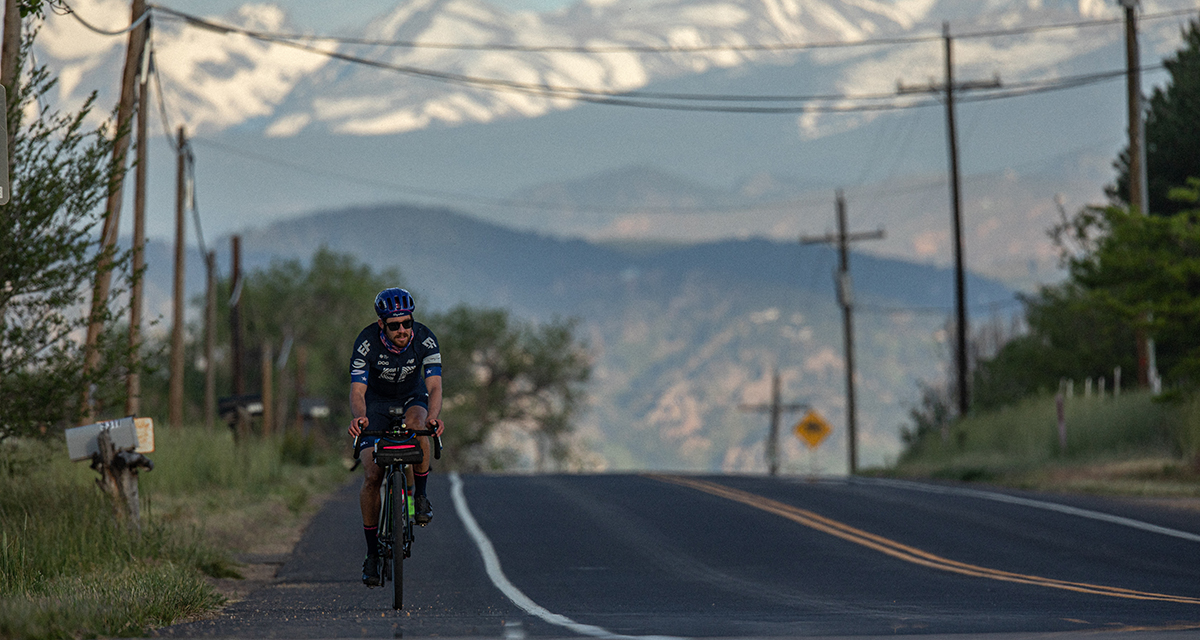 The Alternative Dirty Kanza: “I couldn’t have done it without the Edge 830”

Alex Howes rides for EF Education First Pro Cycling and is the reigning U.S. National Road Champion. With the Garmin Dirty Kanza being delayed until later in the year and no races to attend, he decided to do something crazy: ride the alternative Dirty Kanza. A stunning 220-mile ride from his home to the border of Kansas.

Howes lives in Nederland, Colorado, and because EF Pro Cycling was originally Colorado’s home team, it was a natural fit for him. This year he started his 14th season on the pink squad, which is quite rare in the world of professional cycling. “The thing that’s unique about this quirky team is that we train super hard, we race super hard, we’re very focused, but we seem to be able to pull out some more smiles than a lot of other riders and teams. We really care about the team as a whole. This is not necessarily the case on other teams. The team has also done a lot of important things, like with the anti-doping, and that’s something I really value.” Just like any other athlete, Howes is looking for the season to start. “Things change from day to day. Right now, it’s just a matter of cross my fingers, train hard and hope for the best. I’m mostly looking forward to getting back to racing and seeing my teammates and the staff. Just getting the band back together.”

Howes was looking forward to racing at Garmin Dirty Kanza again, which he finished last year with a strong third place. When the race was postponed due to coronavirus, he came up with a great idea. “You see all the races dropping off the calendar, which is tough to take mentally. I was thinking it would be cool to do something at the same time as Kanza was scheduled. Just to keep it alive in the memory.” He decided to create a ride of 220 miles from his home to the border of Kansas in an ode to Dirty Kanza. Originally the plan was to do the ride by himself, but then he decided to have somebody join him. “Not only to talk to, but it’s probably just safer in general to have somebody with you when you’re out there. So, I took a good friend of mine with me and the team decided to send over a photographer as well. It worked out very well.”

Howes used several Garmin devices on his trip, including the Edge® 830. “We couldn’t have done it without it. You obviously need some sort of turn-by-turn navigation for a ride like that. We were riding on roads that haven’t been driven for years The Garmin tells you to go left and you think, ‘What? No way!’ But then you stop, and you look again and there’s a road. And the Edge was right. I was also surprised by the long battery life. I had it linked to my phone, a bunch of sensors and had the turn by turn on. Basically, everything to drain the battery. But after 16 hours out there, it was still at maybe 30 or 40 percent!”

During the long ride, they had some adventurous moments. “Finding water was sometimes a bit complicated. There are no gas stations for 150 miles of the ride, so we ended up filtering dirty well water a couple of times.” He was also surprised by the wildlife they encountered in the Plains. “We saw tons of antelopes, some snakes, turtles, coyotes and deer.” Lucky for them, they were able to finish the ride without any material breakdowns or punctures. “We were pretty lucky with that, but the tubeless Vittoria tires were pretty crucial. The day after, I pulled out almost 40 thorns from just one tire!”

Saved by the Radar

One of the other Garmin devices they used was the Varia™ radar, and it saved him from a scary moment. “The first part of the ride we were riding in the dark through the city area. You obviously want the tail light at that moment, because it’s quite dangerous in the dark without it. Having the radar was pretty valuable. You don’t have to think about when the cars are coming up. It relieved a lot of mental stress, and I think the radar eliminated mistakes. It also saved us out on the Plains. There we a couple of times when we didn’t see a car for three hours, so you get kind of lazy regarding looking out for traffic. One time we were riding, and the radar said that there was a car behind us. We moved over and then we got passed by a huge tractor! Because we had the headwind and the noise of the road, we hadn’t heard anything from behind.”

“I also used the Garmin inReach® Mini,” Howes continues. “That thing was great! I had the messages on and that was kind of cool because I had well over 100 messages throughout the day. I had it on my top tube and sometimes heard it bleep. So while fighting against the headwind, you get a message from some far corner of the globe “Hey, great job! This is awesome to watch,” or “This is so cool! Keep going, you’re gonna get there!” I’m so glad to have had that thing on for some extra motivation. And it was also really good for my wife and mother because they had some peace of mind just to see where we were moving all the time.”

“Being on the bike again for so long after the last race, it was like: ‘Man, this is so cool!’ In a lot of ways, I remembered that I just really love riding my bike. It wasn’t a race or competition; the goal was just to get to Kansas. It was really refreshing. But overall, the coolest thing was just to have the opportunity to share a ride like that with a friend. With the whole lockdown, I hadn’t spent much time with anybody except my wife. To do something that cool and to be freed from the house and go out with a friend on a big day all of adventure, it was pretty cool and special. The quarantine made it that much better,” Howes concluded.