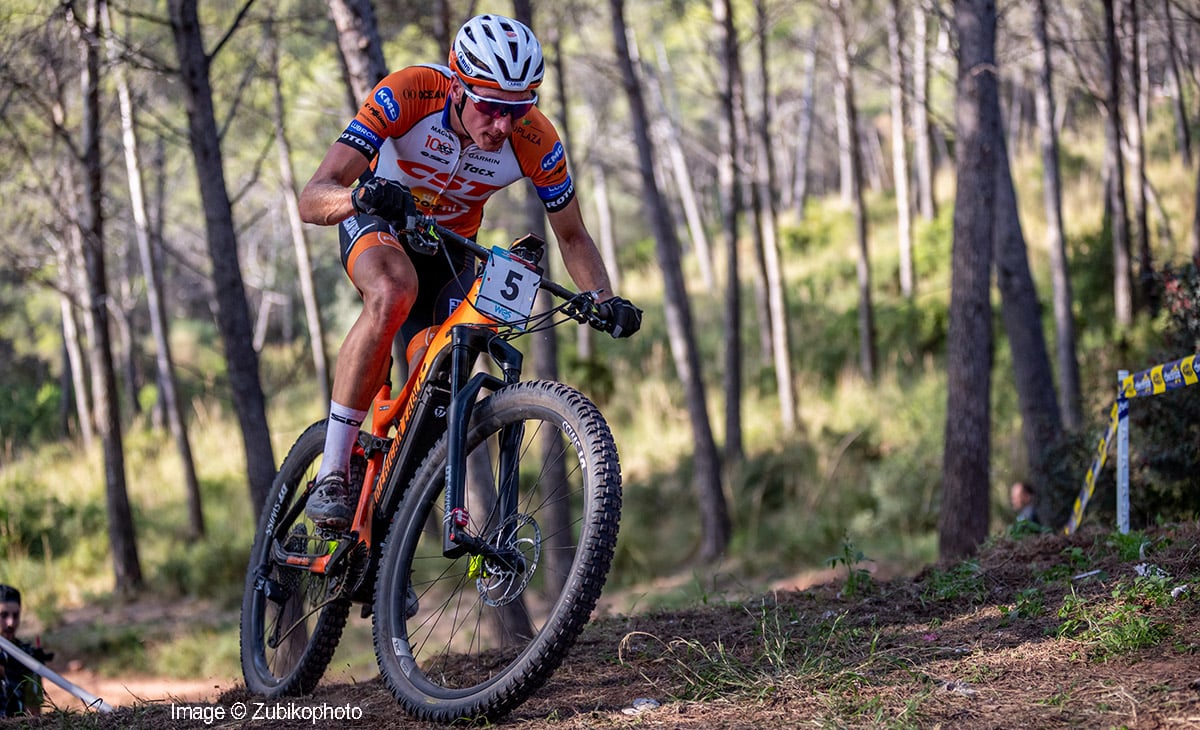 Why e-MTB is Not for the Faint-hearted

E-bikes are a big trend in the world of cycling at the moment, and they aren’t just for the casual riders or tourists. Pro cyclists are competing in electric-powered bike races as well. One such athlete is Jeroen van Eck, e-MTB pro cyclist for CST PostNL Bafang MTB Racing Team, one of the world’s most renowned UCI elite mountain bike teams.

The 28-year-old van Eck loves to pioneer. Years ago he believed in the new concept of Cross-Country Eliminator (XCE), and two years ago he started racing in the e-MTB category — and not without success! In XCE competition, he won the World Cup twice and became a two-time European champion, and in 2021 he won the World Cup e-MTB as well. But why would a pro cyclist choose to race on an electric mountain bike?

“I was skeptical before my first ride on an e-MTB as well,” van Eck admits. “Why should I do this, and what will people think? Me as a pro athlete on an e-bike? But after a few laps, I was like ‘holy cow, this is cool!’ Let them think whatever they want, but I’m going to race with e-bikes!” He believed in the future and the whole concept of racing with electric bikes. “I want to change the perception people have about e-bikes. There is only one way — you need to make it cool and sexy.”

What’s the difference between a normal MTB and an e-MTB?

Just add a motor and a battery to a mountain bike and you’re done, right? Not quite. Because the weight of the bike increases a lot with the extra machinery (e-bikes can weigh anywhere from 20 to 24 kg in total), you need bigger brakes to stop it. A longer spring travel is also added, plus the tires are more robust and wider. Keep in mind that the maximum speed of e-bikes is regulated to 25 kph, and the same goes for e-MTB. This may sound not very fast, but on the very technical trails of e-MTB, you hardly ever reach that speed.

According to van Eck, your MTB rides will totally change with an e-MTB. The benefit of the extra power is not only the fact that you will ride faster, but you can now also ride uphill with greater ease. Where you’d normally climb one mountain during your training ride, you can now do a second or even a third climb in that same ride. You simply get much more out of one ride.

“Even on a flat trail, the experience is totally different. You’re going faster through the corners and faster up and downhill. You’ll notice it will become a completely different trail, purely because of the difference in speed and the challenge that comes with that,” van Eck says.

Racing with an e-MTB

OK, so far it all sounds pretty straightforward, but how does the extra power affect racing with these electric monsters? van Eck explains that e-MTB races are technically more demanding and faster than standard MTB races. Where you would normally go 5 kph uphill on a cross-country bike, for example, you will now go 15 kph uphill. This means you have to pay more attention, and you need more focus, which makes it mentally tougher. Don’t make the mistake of thinking these races have less impact on your body, as the full Garmin ecosystem van Eck uses clearly shows.

At the races he uses the very compact Edge® 130 Plus bike computer to track his data, and when he trains, he uses Edge® 830 to import this training schedules from TrainingPeaks and for his routes when he’s abroad. In addition to the Rally™ XC 200 power meters, he also wears a Forerunner® 745 to track his sleep and other activities off the bike.

Looking at his stats during an e-MTB World Cup race, van Eck’s average heart rate is still 182 bmp, which is equal to a cross-country race for him. The reason for this? Your legs may have to produce less power, but you use more energy from your upper body to control the power and weight of the bike. Speaking of power: van Eck’s peak power is 2200 watts, add another 500 watts of peak power from the motor to that, and you understand how powerful and fast this category is! And yes, it’s still racer against racer in these races — all bikes roughly have the same power. So if you want to go faster than your opponent, you will have to put more physical power into it. Simply put: Just like in any MTB race, you just have to pedal faster.

Within e-MTB there are multiple disciplines, but enduro is by far the most popular. But where you would normally take the ski lift and bomb downhill with an MTB, you can now ride uphill with the help of the electric motor. In fact, this has become a part of the race as well. Now you have to first conquer a very technical uphill trail before you start your downhill ride.

Then there’s the e-MTB cross country-oriented races, and this is the category van Eck takes part in. In these one-hour races, the pro cyclists all start together on a lap of 2.5 to 3 km. “These laps are a bit shorter than a cross-country race, but they are very, very technical. Much more than any World Cup Cross-Country; it’s really on another level,” the Dutch cyclist explains. “Because these bikes have a longer spring travel, 150 mm compared to 100 mm on an average cross-country bike, the courses can be way more technical. Think of biking up a steep hiking trail filled with tree roots and rocks you have to jump on. These climbs can take up 2 to 5 minutes, with sometimes gradients of 20 to 23%. Physically, it’s very demanding and when you’ve reached the top, you get an enduro kind of downhill with jumps and drops. Often on non-existing trails because they literally put some tape between a couple of trees!” Jeroen expects that the e-MTB class will grow a lot in the future. “The fact that the UCI has embraced e-MTB says a lot. I don’t expect it will become as big as cross-country, but e-MTB is here to stay. Besides, there are some awesome technical developments coming up that will make it even more exciting,” van Eck concluded.

Biggest pitfalls during first ride on an e-MTB

Have you become excited about e-MTB? Great! But before you hop on a powerful bike like that, here are some tips from van Eck to make sure you don’t look like a fool during your first ride: