Why you should consider doing more than the law requires for ADS-B compliance.

For over half a century, ground-based radar has been the primary technology used by air traffic control to maintain safe separation between aircraft. Now, the ATC world is changing: that radar-based technology is being augmented by a space-based, satellite-derived aircraft tracking technology called ADS-B, which will form the backbone of the FAA’s Next Generation Air Transportation System (or NextGen, for short).


If you only equip for ADS-B “Out”…you’re simply transmitting data on your aircraft’s position, vector, altitude and velocity for the ATC computers to use in tracking your flight. With ADS-B “In” capability and a compatible cockpit display, you’d be able to utilize this tracking data to see the other aircraft traffic targets in your vicinity.

Using the Global Positioning System’s satellite network, ADS-B (an acronym for “Automatic Dependent Surveillance-Broadcast”) will bring added precision, accuracy and consistency of coverage to all ATC aircraft surveillance — which, in turn, will enhance flight safety while allowing for closer spacing and more growth capacity in the airspace system. But before the benefits of ADS-B can be realized, users’ cockpits must be outfitted with the essential electronics. Virtually all aircraft operating in U.S. controlled airspace where a transponder is now required will need to be equipped or upgraded with at least 2 avionics components: (1) a “high integrity” (think WAAS-enabled) GPS navigation source, and (2) an ADS-B datalink product. 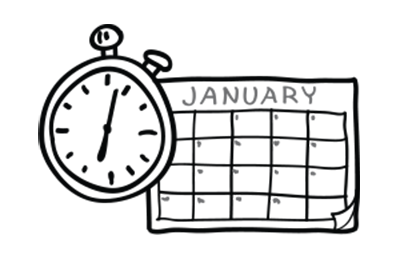 The FAA has already mandated that these user requirements be met by Jan. 1, 2020 However, the initial mandate only requires provision for ADS-B “Out” transmission capability. There is currently no requirement for ADS-B “In” signal reception, which enables the unit to receive the tracking data and other flight information uplinks for display in the cockpit. If you already have a certified WAAS GPS receiver, you should be able to satisfy the ADS-B “Out” requirement by simply pairing this navigation source with a 1090 MHz Mode S “extended squitter” (ES) transponder to serve as your ADS-B datalink. For that reason, if you’re currently considering a transponder purchase, you might think about opting for ES functionality, so as to have the basics in place to meet the minimum ADS-B requirement. Also, some existing Mode S transponders can be factory-modified to add the ES functionality at a fairly nominal cost, so you might want to check with your local avionics shop to see if that compliance route is an option for you. Existing Mode C and Mode S transponder requirements for aircraft operating in NextGen controlled airspace will remain in effect. So, by going with an ES unit now, you’ll be able to satisfy both the ADS-B “Out” and functioning transponder rules with the same avionics box.

The WAAS GPS with a 1090 MHz ES transponder is likely to be the combination that many pilots will select to meet the FAA’s mandate for ADS-B “Out” capability. It does the job. It works at all altitudes. It’s an approved solution for most countries outside the U.S. And if you already have a compliant GPS and transponder installed, it doesn’t take up any additional space in your avionics stack.

If you only equip for ADS-B “Out”, you’re not seeing any meaningful benefit in the cockpit for the additional investment you’re making in avionics. You’re simply transmitting data on your aircraft’s position, vector, altitude and velocity for the ATC computers to use in tracking your flight. With ADS-B “In” capability and a compatible cockpit display, you’d be able to utilize this tracking data to see the other aircraft traffic targets in your vicinity. Essentially, you’d be able to view the same basic traffic data that ATC ground controllers are monitoring on their scopes. The safety advantages are obvious. And if you don’t already have a TAS or TCAS system installed on your aircraft, ADS-B “iIn” offers a fairly simple way to provide a real-time traffic display in your cockpit. You will, however, need an ADS-B datalink receiver to access this “In” side of the technology.

The ADS-B with UAT option.

It’s on the receiving end of ADS-B “In” data that things get a little complicated. The issue is available bandwidth. Since 1090 MHz is being used to support all transponder interrogations and TCAS traffic alerting, as well as ADS-B transmissions, there exists the potential for frequency congestion as airspace traffic continues to grow. To help alleviate crowding on the 1090 MHz band, the FAA decided in 2002 to supplement this ADS-B solution with a second option: the Universal Access Transceiver, or UAT, which operates on a dedicated radio frequency of 978 MHz. As the word “transceiver” implies, the 978 UAT radio can be configured to provide both ADS-B “Out” and “In” capability in a single product. Some versions even include an integral WAAS GPS to provide a complete “one box” ADS-B solution. The ADS-B “Out” broadcast on 978 MHz carries all the same tracking data sent by ES transponders on 1090 MHz. However, on the ADS-B “In” side, the additional bandwidth afforded by the 978 MHz spectrum allows for a much more extensive list of data uplink services. Whereas 1090 MHz ES only has the capacity for ADS-B position and traffic reporting, the 978 UAT link is configured to support a variety of free weather, traffic and airspace information services. The FAA wants to encourage GA pilots whose aircraft typically operate below 18,000 ft to opt for 978 UAT, and thus help minimize congestion on the 1090 MHz frequency. The thinking is that a variety of free added-value features will further incentivize GA owners to adopt some form of 978 UAT for their ADS-B solution. It should also be pointed out that since the FAA’s infrastructure will rebroadcast information between 1090 ES and 978 UAT systems, it’s also possible for users to install a mixed ADS-B solution — for example, one using an ES transponder for ADS-B “Out” and a 978 UAT datalink receiver for ADS-B “In”. A variety of intriguing combinations can be considered.

The 978 UAT radio can be configured to provide both ADS-B “Out” and “In” capability in a single product. 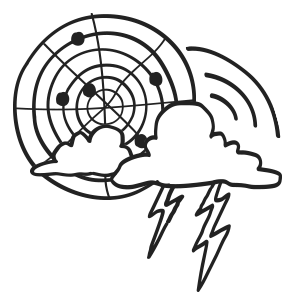 Free with your UAT purchase.

To reiterate, any ADS-B “In” product can uplink free TIS-B (Traffic Information Service — Broadcast) data. But only UAT is configured to provide the free government-funded FIS-B (Flight Information Service — Broadcast) graphical weather information. The weather content available on FIS-B is fairly comparable to the basic services offered by leading commercial satellite weather providers. Using FIS-B, you can access AIRMETs, SIGMETs, NEXRAD imagery, TAFs, winds and temperatures aloft, SUA status, PIREPs, NOTAMs and more. However, there’s one key difference in the technology: FIS-B weather is uplinked from ground stations, not downlinked from orbiting satellites. That means you might have line-of-sight service issues associated with ground-uplinked weather that you don’t get with the satellite technology. There will be areas between some ground stations where coverage is spotty, and you may not be able to access weather information on the ground — or at low altitudes once airborne.

The free uplinked traffic and weather services are already available for use in many areas, as the FAA nears completion of its U.S. ground station network.

With the satellite downlink technology, coverage is broad, fairly uniform, and available at all altitudes from the ground on up. Also, the level of detail provided is somewhat different between the FIS-B version and the satellite weather product. FIS-B tends to be well detailed within the broadcast radius of the ground station from which it’s being sent. To save bandwidth, it becomes somewhat less detailed the further out you look from the ground station. Satellite weather, on the other hand, offers a fairly uniform level of detail for all weather data across the continent. Of course, there’s also the cost factor to consider: Free service for FIS-B versus the added expense of a separate receiver and ongoing monthly subscription for satellite weather. You’ll want to weigh the pros and cons of each option in choosing a weather datalink. It’s also worth noting that the free uplinked traffic and weather services are already available for use in many areas, as the FAA nears completion of its U.S. ground station network. So, by choosing to be an early-bird adopter of ADS-B “Iin” technology, you can take advantage of the added-value benefits right now — instead of waiting for the ADS-B mandate to take effect in 2020.

This briefing is provided for information purposes only, and should not be relied upon as legal advice.