Maria and Roger Hart of New Zealand bought an inReach® satellite communicator as part of their risk management planning in both personal and professional activities. Whether they’re on fishing and hunting trips or managing their beehives, having an inReach device on hand gives them peace of mind.

What they hadn’t planned on was using their inReach device to facilitate an unusual search and rescue effort. This past April, the Harts spent 10 days in cold temperatures and rugged terrain searching for Pip, their son’s lost black Lab.

Heading out to the Branch Valley for a Day of Hunting

Roger Hart and his son, Lee, went out for a day of deer hunting in the Marlborough region’s Branch Valley. Pip was accustomed to hunting and being in the wild, but on that day, something went wrong. After a brief rest around dusk, Roger and Lee stood to continue on their way, and they heard a crash. They looked around, and Pip was gone.

Roger and Lee believed Pip had fallen off a steep cliff. They attempted to find her, but the terrain was treacherous. It was getting dark, and the weather was poor. After some time, they made the difficult decision to halt their search and return home, but before they left, they marked their location with a waypoint on their inReach device. They were determined to return and find Pip.

The Harts returned day after day to the area where Pip was last seen. They searched and called for Pip. No bark or cry was heard in reply. They enlisted the help of a helicopter and others on foot, including a trained guide who knew the area — but there was no sign of the dog.

After 9 days of searching, Lee needed to return home to England. He asked his parents to try to find Pip 1 more time. Maria and Roger agreed to keep searching. They would not give up hope. 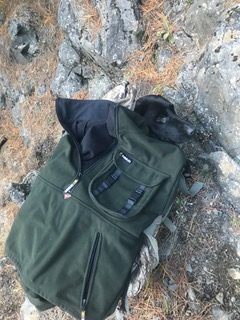 A Final Attempt to Locate Pip

It was a Sunday when Roger and Maria returned with their guide and a friend to the search area. Conditions were improved. The guide also had an inReach device, which allowed the small search party to communicate and stay in touch.

Maria called for Pip. “She had never answered my call,” said Maria. “On that 10th day, she barked.”

At first, they weren’t sure it was Pip, but they searched the area where they heard the barks. Eventually, Roger heard a growl when he looked over the edge of a steep bluff. The guide came over to Jack, and then they saw her. Pip couldn’t move, but she was alive.

It took more than 2 hours for Roger and the guide to climb and slide down the steep bluff that was bordered by a creek and a waterfall. Pip had survived a 10-meter fall, but even though she was found, her rescue was not complete. Getting to Pip had been difficult, and now getting her to safety presented challenges as well.

Pip was dehydrated, and they gave her plenty of water to drink. She was secured in a backpack, and they tried to climb out. Soon, they discovered that carrying Pip out of the steep terrain would be impossible. 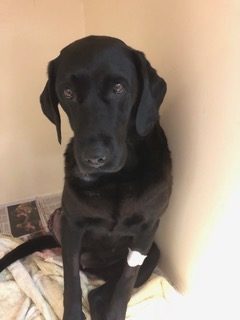 Pip was transported to an area veterinary center. She had sustained a number of injuries, including damage to her legs and back. After she received treatment and recovered for some time, a vet determined that a seriously injured leg would need to be amputated. The surgery went well, and Pip again proved her resilience.

Several months after the surgery, Maria reported that Pip was gaining strength and getting acupuncture treatment. “She has retired from her hunting career. She can walk for about 30 minutes, and she enjoys socializing with the family, friends and other dogs.”