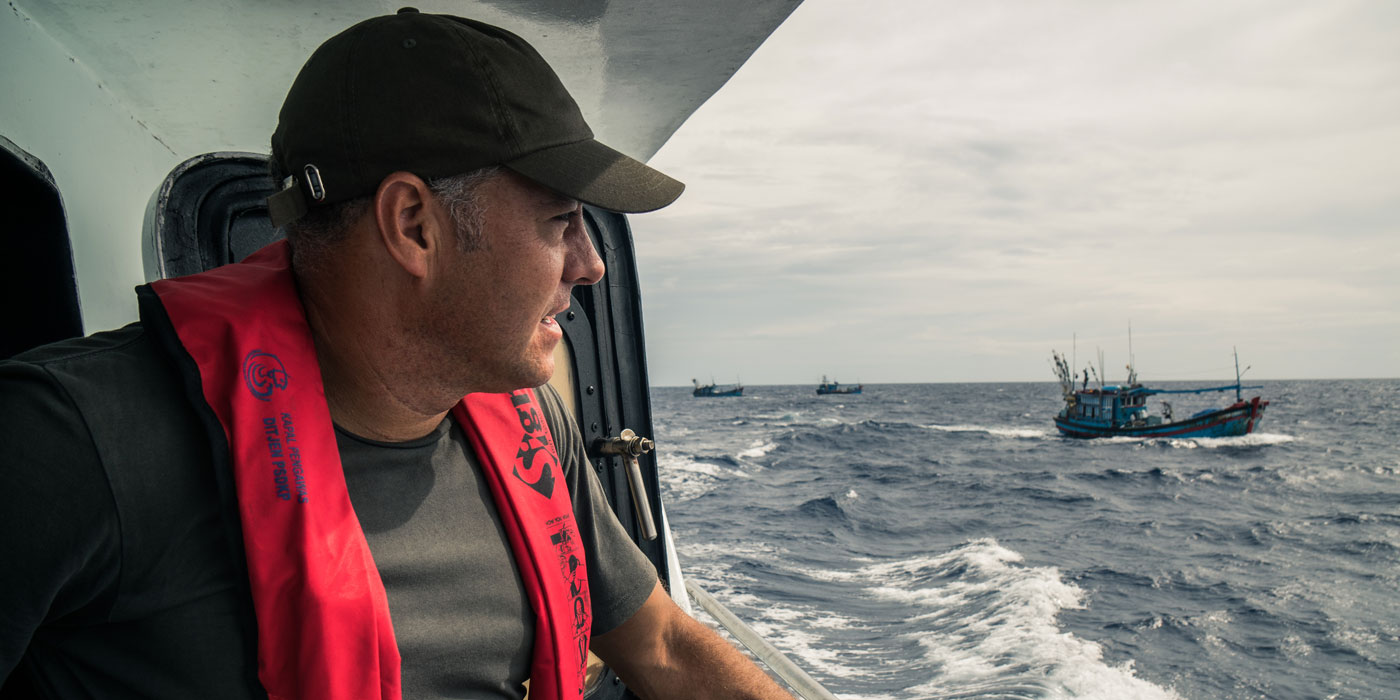 Ian Urbina is a journalist who has spent the past five years investigating the various types of issues that occur at sea. While reporting, Urbina often found himself in perilous environments, chronicling crimes such as sea slavery, intentional dumping, illegal fishing, piracy, stranding of crews and more in areas all over the world including Africa, Asia, Europe, South America and the Middle East. As a result, Urbina and his team carry inReach® satellite communicators at all times.

Urbina shared with Garmin details about his projects and how he uses inReach in the field.

What is The Outlaw Ocean project about?

The Outlaw Ocean series is a journalistic exploration of lawlessness at sea around the world. The project’s goal is to increase a sense of urgency by raising awareness and broadening the public’s understanding of what happens at sea, both above and below the waterline. This reporting touches on a diversity of abuses stemming from a core problem — lack of governance at sea — especially on the high seas. Specifically, there are three ways in which misbehavior happens offshore routinely and with impunity: too few rules, a lack of enforcement and insufficient awareness of what is happening there.

“The Outlaw Ocean,” my new book, comes out Aug. 20. The book features an in-depth expansion of the reporting from the six-part Times series. Through stories of astonishing courage and brutality, survival and tragedy, this book uncovers a globe-spanning network of crime and exploitation that emanates from the fishing, oil and shipping industries, and on which the world’s economies rely.

What are some of the biggest takeaways from your reporting? What got you interested in the topic?

I originally learned about what happens at sea during a doctoral program in anthropology at the University of Chicago. I worked as an anthropologist and spent time on a ship in Singapore. During that time, I was exposed to what to me seemed like a fascinating world, or almost a tribe, of transient workers that were relatively invisible to the rest of us land lovers. From that point forward, I always wanted to find a way to get back into this community of workers and report further on what they do.

It took me nearly 20 years to loop back to the topic, but this series was my opportunity. Probably the biggest takeaway was that in journalism it often feels like there are no new topics, but sometimes the most novel subject matter is hiding in plain sight. In this case, this frontier of lawlessness, beauty and intrigue happened to be spanning two-thirds of the planet.

You’ve had some pretty scary experiences while reporting. What keeps you going back?

I find the idea that most people on land are unaware of what is happening on our oceans is reason enough for me to go back time and time again. I feel I have only just scratched the surface on sharing these stories with the general population. As my reporting continues, more and more illegalities become apparent, which helps me better understand this frontier so as to most accurately relay that information to the public.

Do you have tips for other professionals or individuals who may work or decide to travel in perilous environments?

Some of the tips I would offer to people traveling in potentially risky places are to pay attention to your surroundings at all times and always be deeply respectful and mindful to the fact that you’re a visitor in someone else’s home. And of course, always bring backup batteries.

At what point did you realize the inReach device would be helpful?

From the very outset of this reporting, I realized that I needed a way to communicate. Ideally 24/7. I needed a device that was small, durable, weatherproof and could transmit quickly. For that reason, and with a little research, I found the inReach was the perfect product for my needs.

How do you use your inReach device in the field?

I actually have several inReach devices, and I require that anyone who is traveling with me wears one on their belt and that it’s fully charged at all times when we are at sea. That way, if they fall in the water they can be tracked or if there is ever an emergency or if we are in trouble or get separated from each other, any of us can hit the SOS button.

What are some essentials you’re sure to pack on your reporting trips?

Any other big plans for the future?

The Outlaw Ocean series was purchased by Leonardo DiCaprio and Netflix for the purpose of making a series and also a full-length feature film, so I am working with them on a next round of reporting, which will probably take another three to five years. I am doing that with help from Bloomberg philanthropies to produce more journalism that I will place not only in The New York Times but also in The Atlantic and other venues.