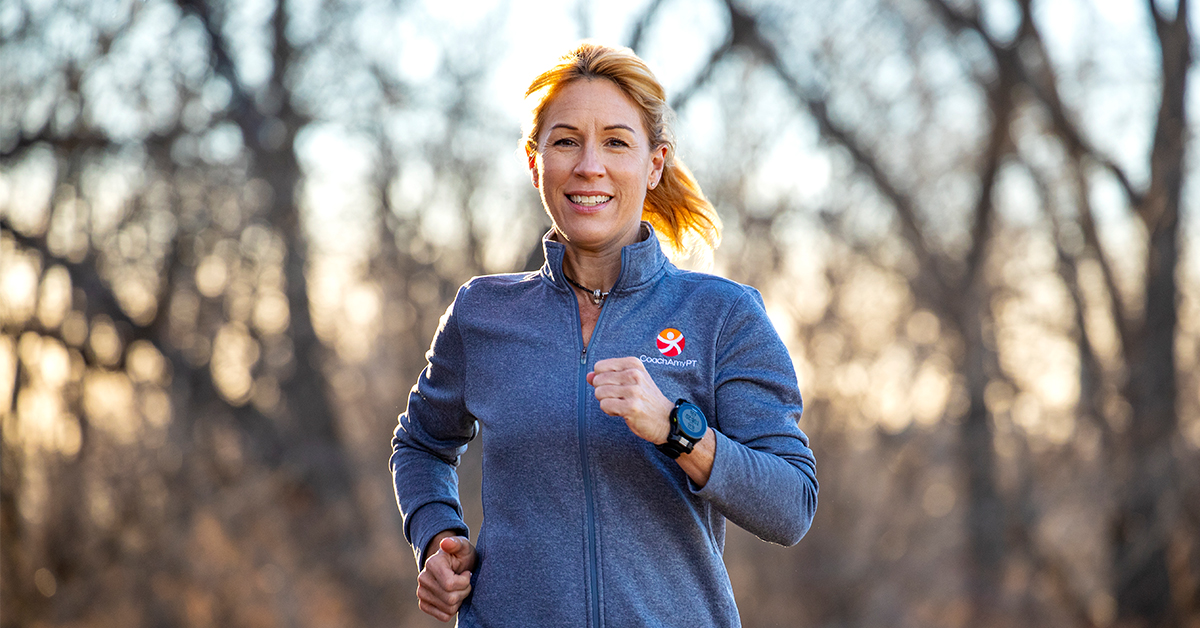 Hidden in that mountain of Garmin data is the key to improving as a runner. The right coach can help you find it.

When Garmin Connect approached Amy Parkerson-Mitchell to become one of their three online coaches, she was skeptical at first. She’d been a runner for 30 years, a physical therapist for 20 years, and a coach for nearly 10 years, with a style and point of view firmly rooted in the old school: face-to-face goal setting, evaluation, and adjustments.

Suddenly, the Kansas City-based coach found herself fielding questions from runners all around the world. She wondered: How can I help someone reach a new level without ever meeting them in person? How can a piece of software tell me as much­—or more—than the athletes themselves?

“I really didn’t think it could be possible,” she says. “But it is.”

Though her athletes brought a diverse range of ages, backgrounds, and abilities to the table, they were united by a common goal: to become the fastest, fittest, best version of themselves. The runners’ Garmin Connect training data came rolling in, and, bit by bit, Coach Amy grew convinced that digital-age fitness tracking, combined with traditional techniques, could elevate her impact as a coach and her athletes’ performances.

At first, Coach Amy admits the mountain of information can be overwhelming. “With smartwatches, all the data on its own isn’t extremely helpful,” she says. “But when you take the individual pieces and look at them as part of a larger picture, it becomes powerful.”

Yes, it turns out your Garmin can tell you a lot more than just when you need to circle the block for that last 0.1 mile. Here’s how Coach Amy uses data to inform her coaching and help runners achieve their goals.

Putting a Face to the Name

In addition to her role at Garmin Connect, Coach Amy continues to provide personal coaching through the Roadrunners of Kansas City. While she remains a firm believer that there’s no substitute for in-person coaching, she does use modern tools to supplement her time-tested approach. For example, she’ll often ask runners to film themselves running (or have a friend do it) and send her the footage so she can study their form—particularly when they’re fatigued.

“An interval workout versus a long run is very different,” she says. “So I like to see them run on the road or whatever surface that person runs on.”

Filming yourself in such a way can be helpful, too, as long as you know what you’re looking for when you watch the tape. That’s where your Garmin device becomes valuable for much more than just plotting the GPS map of your route.

Whether she’s working with an athlete in person or virtually, Coach Amy makes sure to gather all of her runners’ data—and there’s a ton of it. Every run uploaded through Garmin Connect carries information about an athlete’s mileage, training pace, the daily rate of exertion, and more. This paints a picture of their running past and present and ultimately allows their coach to map out their future.

An athlete’s running footage can help contextualize the heaps of data they send to Coach Amy. But even if the runner isn’t physically present, the information is so informative that Coach Amy can start to paint a remarkably detailed picture of that person’s form, stride, efficiency, strengths, and weaknesses.

“I can see that person’s cadence, vertical oscillation, and ground contact data—those are windows into a person’s running gait and efficiency,” she says. “You get a much bigger picture of what that runner is doing and what they can change.”

That said, running form isn’t usually the thing Coach Amy tries to change. Her decades of experience have shown her the risks of tinkering with form often outweigh the rewards.

“Only if I see something glaring that I think is going to cause a problem,” she says. “Or if I feel there is an efficiency component that needs to be addressed for the athlete to meet their goals.”

Once she’s analyzed the data for trends and opportunities, Coach Amy can hold her athletes accountable for their own improvement. She maintains constant email communication, listens to her athletes to ensure they comprehend her recommendations and advises them on the best path forward. Though every runner she coaches is different, Coach Amy grounds her coaching in a simple philosophy: Her job is to forge long careers of healthy, happy running.

A physical therapist as well as a coach, she sees how destructive injuries can be every day. Her athletes’ data can highlight warning signs of overtraining.

“Thirty percent of runners are going to experience injury to some degree during a training season, and you’ll see athletes go from huge joy with their successes to complete depression,” she says. “Avoiding that is the biggest challenge we face as coaches.”

Coach Amy minimizes risks by identifying the optimal training load for each of her runners. That’s optimal, not maximal.

“I’m a coach that’s like, ‘Let’s be injury-free and pain-free and meet our goals and have longevity in the sport,’” she says. “I want to see somebody catch the bug and love it.”

Success in Coach Amy’s work is measured by certain metrics. An athlete’s progression is one. Another is word-of-mouth referrals—runners who choose her as their Garmin Connect coach because of other satisfied clients.

Some general principles underpin her philosophy, but Coach Amy knows the best approach is to treat everyone as an individual.

By doing that, she takes a new-school approach to an old-school science—slowly mastering the art of coaching for the digital age.