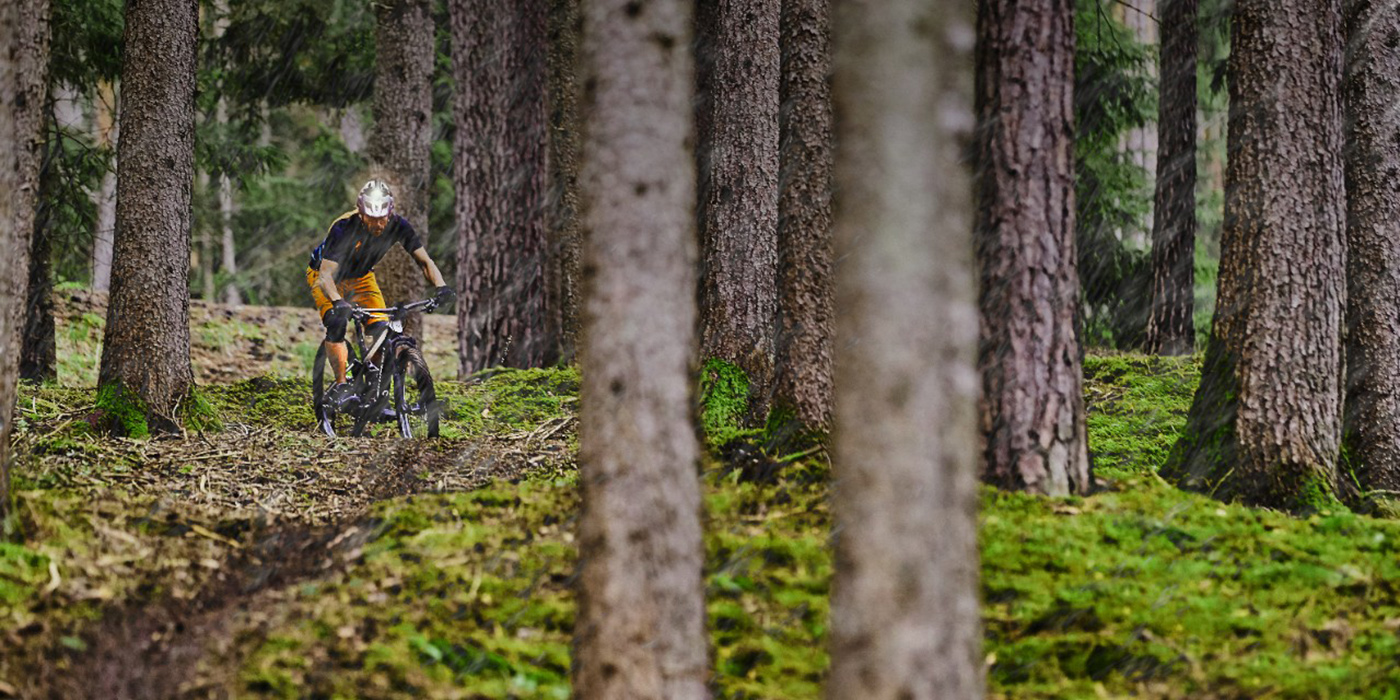 Mountain biking enthusiast David Leon never saw the tree, nor did he have time to brake. His Garmin Edge 520 Plus called for help when he couldn’t.

David Leon, a 55-year-old hailing from Germantown, Tennessee, was on pace for an MTB personal best one beautiful Saturday in September. In training for the upcoming state mountain bike championship races, he was feeling strong as he pumped his way through the second lap of a 10.8-mile loop in western Tennessee’s Herb Parsons State Park. Called “Herbs” by the locals, the state park is a well-groomed, single-track, cross-country gem, thick with oak, maple and sycamore trees and known for its fast-flowing, root-filled terrain. Just as David hit the last quarter mile, he picked up considerable speed as the trail dipped down into a small swooping “S” turn snaking through a series of pine trees.

As he turned directly into the afternoon sun, the light that normally flickers through the leafless trees at that time of year turned into a momentary strobe light obscuring his vision. He never saw the tree, nor did he have time to brake. “My Garmin 520 data said I was traveling at 14.1 mph — and then ZERO in a millisecond.” His forehead and chest took the full impact of the collision with the tree.

“It was pretty bad. I was out cold,” David said. “The 520 has a very unique incident alert beep — I remember hearing it once before, during an abrupt stop on the trail some years back. This time I think I heard five or eight fading beeps, then I recall hearing my quack-quack mobile phone ring from some distant place. It was a bit surreal.” Because of the severity of his concussion and injuries, he could not move and was having severe trouble breathing, gasping for air and experiencing excruciating upper back pain.

As David slipped in and out of consciousness, his Garmin Edge 520 GPS cycling computer went through the preset emergency response protocol algorithm. Sensing that there was a sudden stop in forward momentum, the Edge 520 Plus immediately initiated the Incident Detection feature1, counting down 30 seconds with 30 audible beeps requesting the user to cancel the alert or the user’s emergency contact(s) will be notified via text message and/or email.

Seconds after the feature completed the 30-second countdown, David’s wife and daughter, his emergency contacts listed on his Garmin Connect mobile app, were notified via text message of the incident. “I had never received this message, or any message like this from David. I knew it must be serious. I had no idea he had this feature on his bike computer,” said David’s wife Cheryl.

David’s daughter Victoria also received the text message and then immediately called him again and again with no response. Victoria said, “The text message included a hyperlink to my dad’s exact GPS coordinates. I tapped the link and was immediately directed to his precise location on the trail.” Victoria, at home eight miles from David’s location, jumped in her car and arrived 11 minutes later. Kneeling over her father, she quickly realized this was serious. “Having his GPS coordinates on my mobile phone from his Garmin, which linked with my mobile maps application, provided me not only the correct roads to travel from home but also to the access point through the woods to his location on the trail. After calling 911, I was able to send the location data to the ambulance driver.”

“Immediately after the accident, I woke up laying on my back, attempting to open my eyes. But the sky through the tree canopy would spin out of control, then the back pain started, then I would attempt to open my eyes, and the sky would spin again.” Dr. Jeff Dlabach, David’s long-time orthopedic surgeon, said, “To break your posterior ribs from a frontal impact takes an excessive amount of force. In this case, the bike crash was equivalent to a 50-mph car crash.”

David wears a Bell Super 3R MIPS helmet, but his forehead, face and chest took the bulk of the impact, contributing to the severity of the injuries. “The helmet did its job and prevented what could have been fatal; it was just an odd bike crash,” he said. “As a side note, if you are an avid mountain biker or cyclist and one of your mates has a bad wreck, the first question you always ask after ‘Are you OK?’ is ‘How’s the bike?!’ Well, my custom-built Niner RKT RDO did not get a scratch — nothing. She is quite fine.”

After six weeks of intensive rehabilitation and encouragement by his physicians, David was back to light training on the road bike and trainer. He says he’s determined to climb back to his previous fitness level and compete at some point. However, navigating around trees on his mountain bike makes him a little nervous. He’s grateful to be on the road to recovery, and he wants to take the opportunity to remind riders of the importance of having a device like the Edge Plus in case of emergency. And as important as it is to have the GPS device, David says, it’s equally important to remember to keep your emergency contacts updated.

“Without that notification, who knows how long I would have lain there? I happened to be eight-and-a-half miles from home, and I’m not sure my daughter could have arrived any faster,” David said. “It could have been much worse.”

David’s mom is also grateful. See below for a copy of a postcard she sent to the Garmin offices. (Image shared with Sue Leon’s permission.)

1When paired with a compatible smartphone. For safety and tracking features requirements and limitations, see Garmin.com/safety.

To help David Leon get back to pre-accident performance levels, Garmin offered him a discount code.