Imagine you’re flying a VFR flight plan, or you’ve just been cleared for a visual approach from an IFR flight plan. You’ve been enjoying a relaxing flight thus far in cruise – chatting with your passengers or listening to music, and periodically checking in with Flight Following and ATC. As you approach your destination and prepare for descent into an unfamiliar airport over a region you’ve never flown before, you realize the workload is starting to increase – significantly. As you precisely manage your engine, airspeed and get instructions from approach and air traffic control, you start to wish you had some additional information and guidance as you head into this new region. 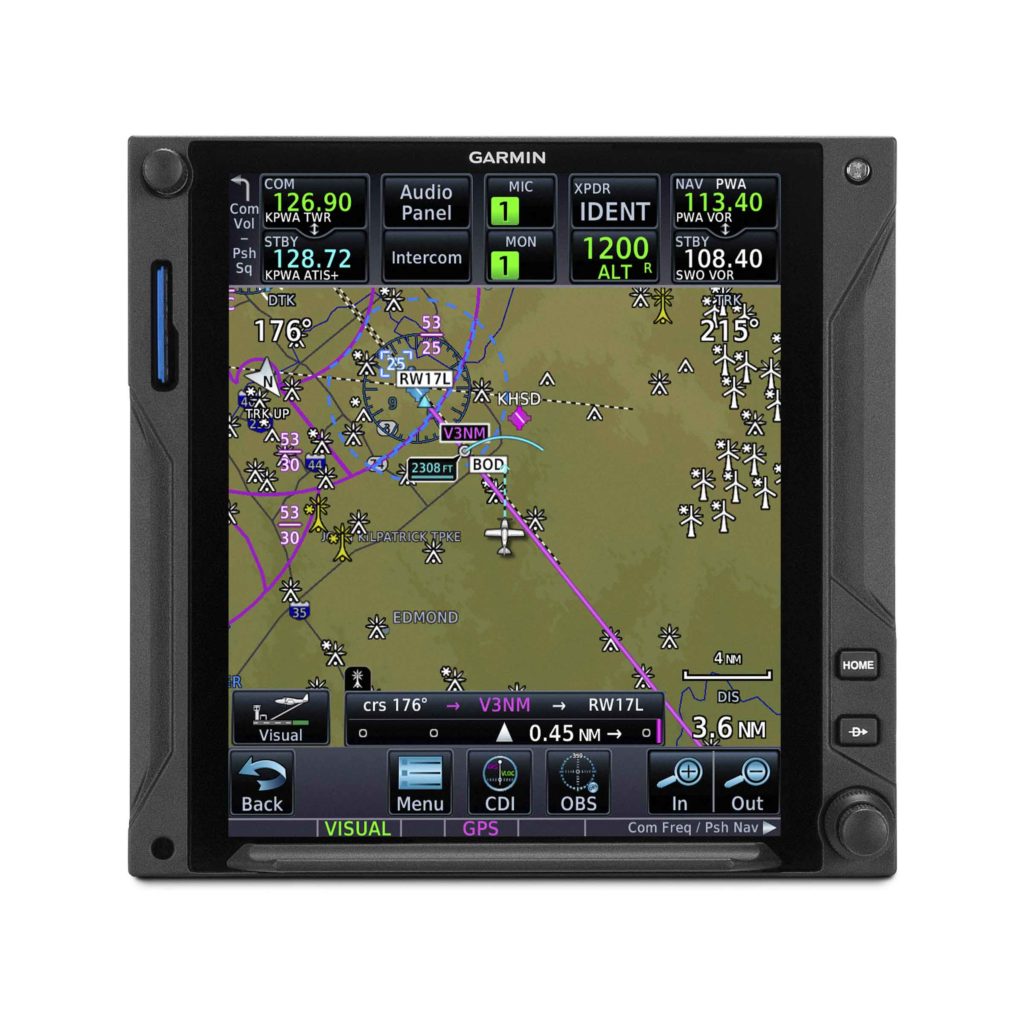 That’s why we created visual approach guidance, available within our GTN series, GTN Xi series navigators and G3X Touch flight displays for experimental aircraft – so pilots can receive helpful navigation information during the landing sequence of VFR flights. Here are a few ways it can help.

With visual approach guidance, pilots can manage the descent to landing in visual flight conditions. Vertical guidance is provided based on a published glide path angle or a three-degree glideslope from the threshold of the runway.

Terrain and Obstacle Avoidance During Approach

The vertical guidance provided during the descent to landing also takes into consideration terrain and obstacle clearance. This is especially helpful if you’re flying over unfamiliar regions. Get added awareness on potential hazards that may lie within the approach area.

Avoid Landing on the Wrong Surface

Visual approach guidance can also help ensure you’re headed toward the correct runway and avoid a wrong surface event. Larger airports often times have parallel offset runways and aligned taxiways, and If you’re unfamiliar with the airport, the layout could be confusing. Once a runway visual approach is selected within the GTN series, GTN Xi series or G3X Touch, it will help you remain on track to the runway for which you’ve been cleared to land.

To learn more about our suite of Terminal Safety Solutions including SurfaceWatch and SafeTaxi, visit garmin.com.