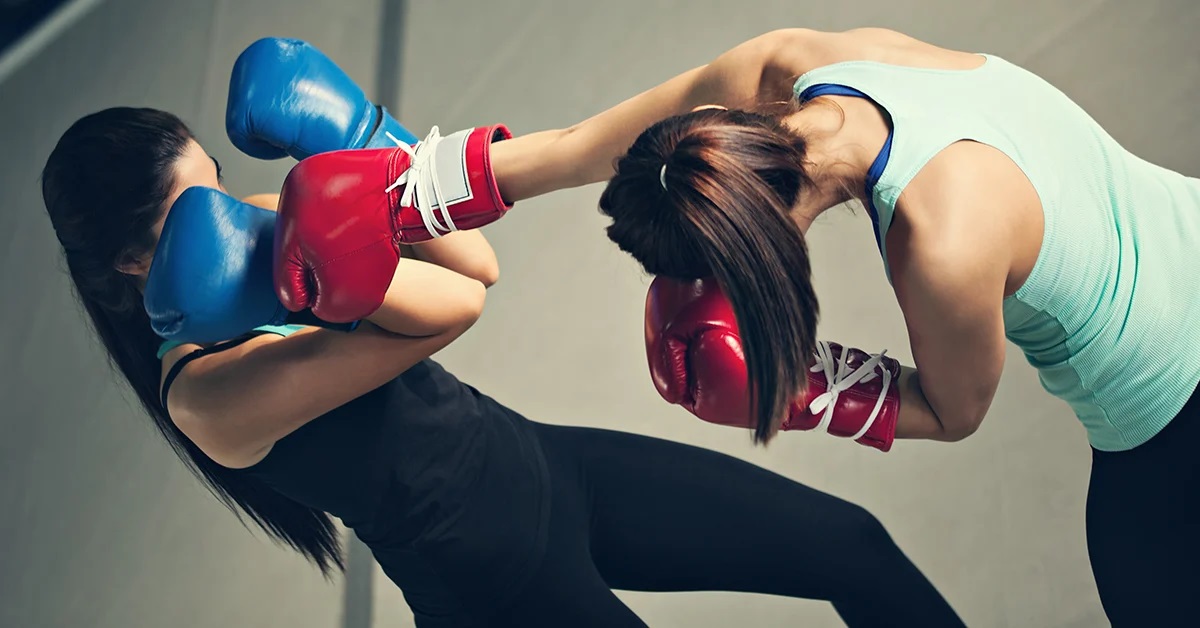 The first rule taught by any good martial arts teacher is that the best way to win a fight is to run away. Wherever possible, you should try to avoid conflict and stay out of trouble, particularly if you’re only a martial arts newbie. But when things go sideways, it’s a good idea if you know some self-defense techniques to defend yourself against attackers.

1. On a collision course: Krav Maga

This martial art originates from Israel, where it is taught in the army and Mossad (Israel’s national intelligence service), and many believe that it is the most effective way of defending yourself against an attacker. The name “Krav Maga” comes from a Hebrew phrase meaning “contact combat.” And it does what it says on the tin — practitioners engage in hands-on, close-up combat and aren’t afraid of attacking each other in the face or between the legs. What matters most is keeping the upper hand over your attacker. If you find yourself in a scary situation and need to defend yourself, you’ll be at a huge advantage if you know exactly how best to react to your opponent — whether or not your moves are fair.

Krav Maga borrows heavily from other martial arts, such as boxing, wrestling, karate (in particular the kicks) and Jiu-Jitsu (the throws, levers, and ground fighting). It also incorporates natural reflexes and reactions. This means that Israeli martial art is relatively easy to learn. After just six months, you’ll have mastered the basics sufficiently well that you can defend yourself against an attacker. Even if they have a weapon.

2. (Almost) nothing is off limits: Mixed Martial Arts

Some pro-level fighters regard Mixed Martial Arts (MMA) as the toughest of all the martial arts. And if you compare it against the other combat sports, it’s hard to argue with them. MMA draws on a number of different methods including kickboxing, Muay Thai, boxing, wrestling, and Brazilian Jiu-Jitsu. The list of rules is short — combatants are not allowed to attack their opponent’s eyes, neck, or groin, strike the spine or the back of the head, bite or pull the nose or ears.

Luckily, trained MMA practitioners have so many other moves and techniques up their sleeves that they don’t mind these restrictions. They learn how to handle armed attackers, how to break free from various holds (including chokeholds), and what to do if you’re facing multiple opponents.

“Holy moves, Batman!” If you said this to a Keysi fighter, you wouldn’t be far off the mark — because it was techniques borrowed from this martial art which were used by Christian Bale in “Batman Begins.” The film’s makers wanted the fighting scenes to look raw but realistic. That’s why they were choreographed using the principles of the Keysi Fighting Method (KFM). This is a relatively young martial art which has not yet achieved the levels of popularity of some of its competitors. But it delivers the goods, and that’s why it belongs on this list.

Keysi was developed by the Spaniard Justo Dieguez Serrano. Although it’s a martial art, it’s focused solely on self-defense. There are no rules to swot up on, meaning that you can concentrate all your efforts on learning and internalizing the techniques. During training, you’ll practice punches and kicks, learn how to defend yourself against holds, and find out how to deal with armed opponents. Keysi instructors place a great deal of emphasis on achieving harmony between the body, mind, and emotions. You need to be in good enough shape that your body doesn’t hold you back. But you don’t need ripped muscles. Your mind must be open to growth, and you must be able to control your emotions properly so that you don’t freeze if you end up being attacked in real life.

4. Individual self-defense in the style of Bruce Lee: Jeet Kune Do

Back in the 1960s, the martial arts master Bruce Lee developed Jeet Kune Do, a hybrid fighting system characterized by the fact that it involves constant self-improvement rather than reaching a certain level and then staying there. The aim is to allow practitioners to defend themselves as effectively as possible. “Jeet Kune Do” is generally translated as “the way of the intercepting fist.” It’s a name which sums up this martial arts philosophy in a nutshell — stop the attack before it happens.

Bruce Lee drew on boxing, Wing Chun, and fencing in the early days of Jeet Kune Do. In the intervening years, the martial art has incorporated many other methods from judo, karate, kung-fu, kickboxing, taekwondo, and Brazilian Jiu-Jitsu, to name but a few. The overriding goal is to create a personal style of self-defense. Training provides you with the tools you need to do so.

5. Instinct rather than deliberation: Wing Chun

Does your attacker have the upper hand in terms of physical strength? Then you need a technique which puts you on a level playing field. Wing Chun might be the answer, since the principle which underpins this martial art is to end a fight as quickly and as successfully as possible. The first thing you need in order to be able to achieve this goal is the right hitting and kicking moves, but the second thing you need is the ability to read your opponent’s body language — what is he or she planning, and what are his or her weak points?

It’s particularly important for you to be able to land punches as efficiently as possible and to expend as little energy as possible in the process. Your limbs move independently of each other, which is great for coordination. Wing Chun trains you to choose the correct response to a threat instinctively so that you can defend yourself without needing to think about every individual move.