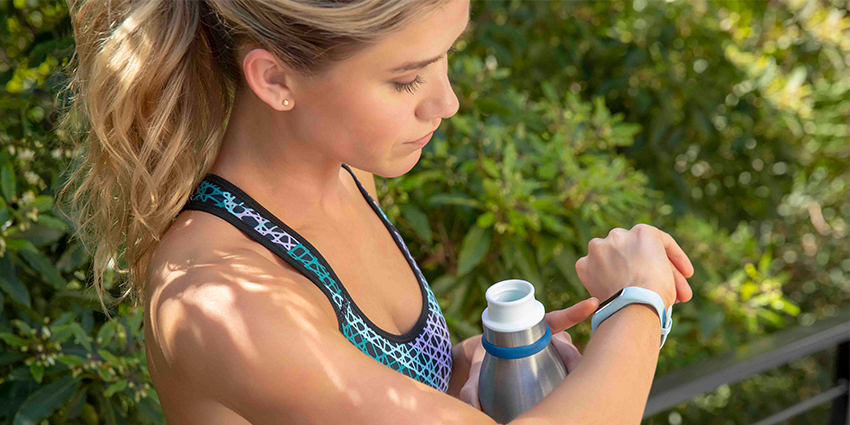 Every year 130,000 people in Spain suffer a stroke, causing death in 30% of cases and disability in 40%. It is statistics like these, coupled with expertise and recognition in the area of stroke prevention, that motivated Spanish startup Rithmi to create the first intelligent wearable capable of detecting a heart rhythm disturbance called atrial fibrillation (AFib).

One out of every three strokes is caused by AFib, the most frequent arrhythmia in the global population. AFib increases the risk of heart failure, stroke and death. The Rithmi algorithm was designed to detect this type of arrhythmia. Combined with 24/7 blood pressure, the Rithmi device and app can help identify and prevent stroke by notifying the wearer when AFib is detected, advising them to seek the help of a clinician. The Rithmi app displays and saves all recorded data securely, allowing patients to share valuable monitoring information with doctors and medical staff.

After three years of clinical research and development under the leadership of arrhythmia specialist Dr. Joaquín Oscá, Rithmi is now working to adapting its algorithm to work with data from wearables like the Garmin vívosport and vívosmart. Leveraging biometrics such as heart rate and beat-to-beat intervals made available from the Garmin Health Companion SDK, Rithmi will explore how their solution can work using non-medical devices.

The Valencia-based Rithmi, created by entrepreneur Óscar Lozano in 2015, has been endorsed by cardiologists and hospitals across Spain, and Lozano has received international recognition as an innovator in the area of breakthrough cardiovascular disease prevention services. With hospitals already requesting prototypes for internal use, Rithmi is hoping to initiate the medical certification process for a CE-marked product for their services later this year.