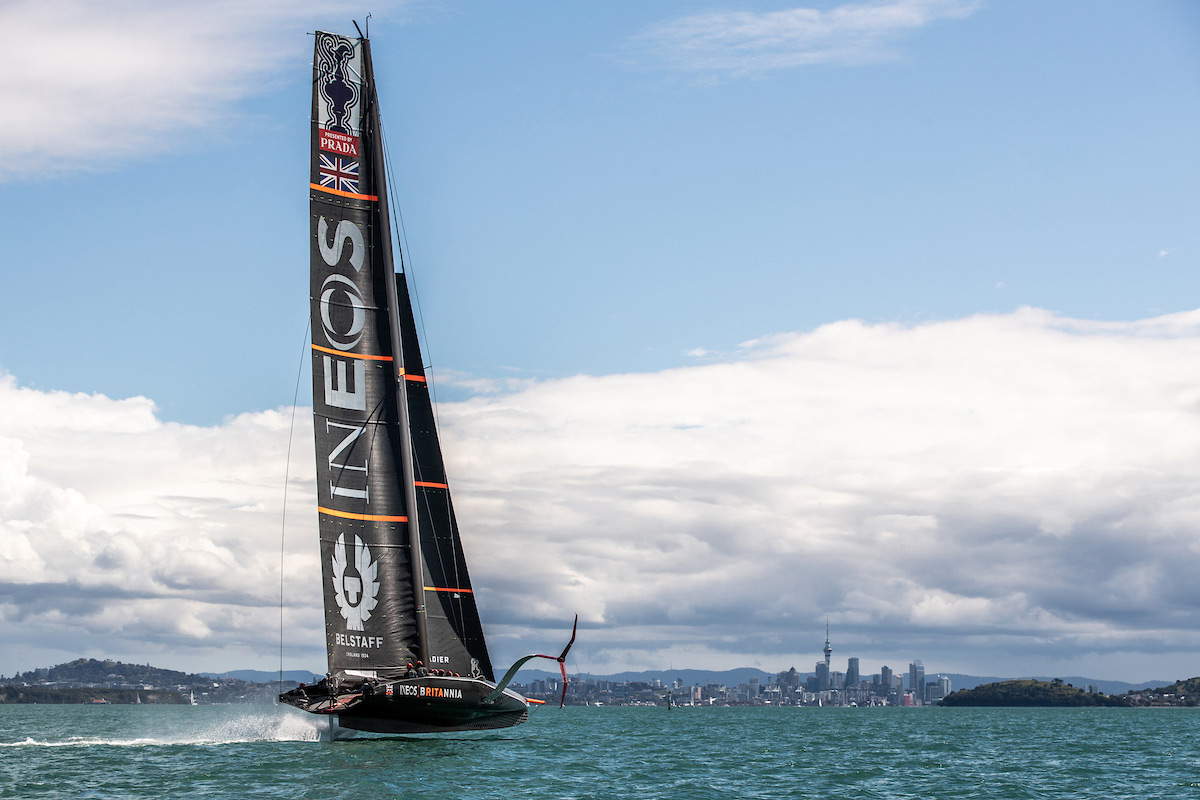 Sailing into the history books with the pinnacle of human performance

We’re about four months to the gun of the world’s oldest international race and one team in particular is looking to make history. This is going to take athleticism like you’ve never seen it. Discover how Garmin are working with INEOS TEAM UK to take human performance up a notch…

This is the competition where the odds are famously stacked in favour of the defending champions. But INEOS TEAM UK isn’t going to let a little thing like that stand in their way, hoping to be the first British team in the race’s 170-year history to bring the America’s Cup home. And they’re going all out to make it happen, working with Garmin to train and prepare the crew, using technology to help unlock greater levels of human performance.

“We’ve spent years honing and testing our boat so it performs during the Cup, which would all be for nothing if the team can’t perform with it. The Cup’s legacy is that ‘there is no second’, so there’s no margin for error in our performance. Garmin’s technology give us confidence that our preparation will mean we’re the best we can be when we race.”

It’s all about to kick off…

On 17 December 2020 the America’s Cup World Series gets underway in Auckland. This gives INEOS TEAM UK the first chance to really put their boat, BRITANNIA, and themselves to the test, finding out if all the blood, sweat and more sweat of training is paying off. Plus, they get to see what the competition is made of and with precious few months to go, where they fit in the running order.

Often described as the Formula 1 of sailing, the America’s Cup is not for the faint hearted. It’s fast. It’s demanding. It’s brutal. Of course that all makes it pretty spectacular to watch.

It probably won’t come as a surprise that INEOS TEAM UK are taking their training rather seriously. They may have had years to prepare but with such fierce competition, not a moment of that could be wasted.

Forget what you know about fitness, this is something else all together. To wrestle their hulking boat towards the finish line at such speed, the crew will need to push themselves to their very limits. They may already be among the greatest sailors and athletes in the world but that’s simply not enough for this team. Together with Garmin, they’re dedicated to achieving much, much more.

Just as the boat itself needs to be optimised to perfection, with every millimetre playing its part in the delicate balance between weight, aerodynamics and speed, so too must the crew. We’re trying to help each athlete unlock and unleash their maximum potential so they can perform better than ever.

Garmin was selected by the team to work together with them, using human performance technology to give the crew an edge in their training. Wearables, cycling tech, heart rate monitors and smart scales are all playing their part in collecting the data INEOS TEAM UK needs. From this they can see exactly how well their training programmes are working for each athlete. They can then put that information to use, making more informed decisions on training, designing and tweaking programmes to optimise performance, trying to find the best mix of training and rest.

Garmin helps them quickly see how much training they’ve done, how their bodies are reacting to the training and how much recovery they need to harvest that training stimulus.

Discover the peak of physical fitness

Visit our INEOS TEAM UK partnership page to learn more about how Garmin are helping them be at the absolute top of their game for their America’s Cup campaign.