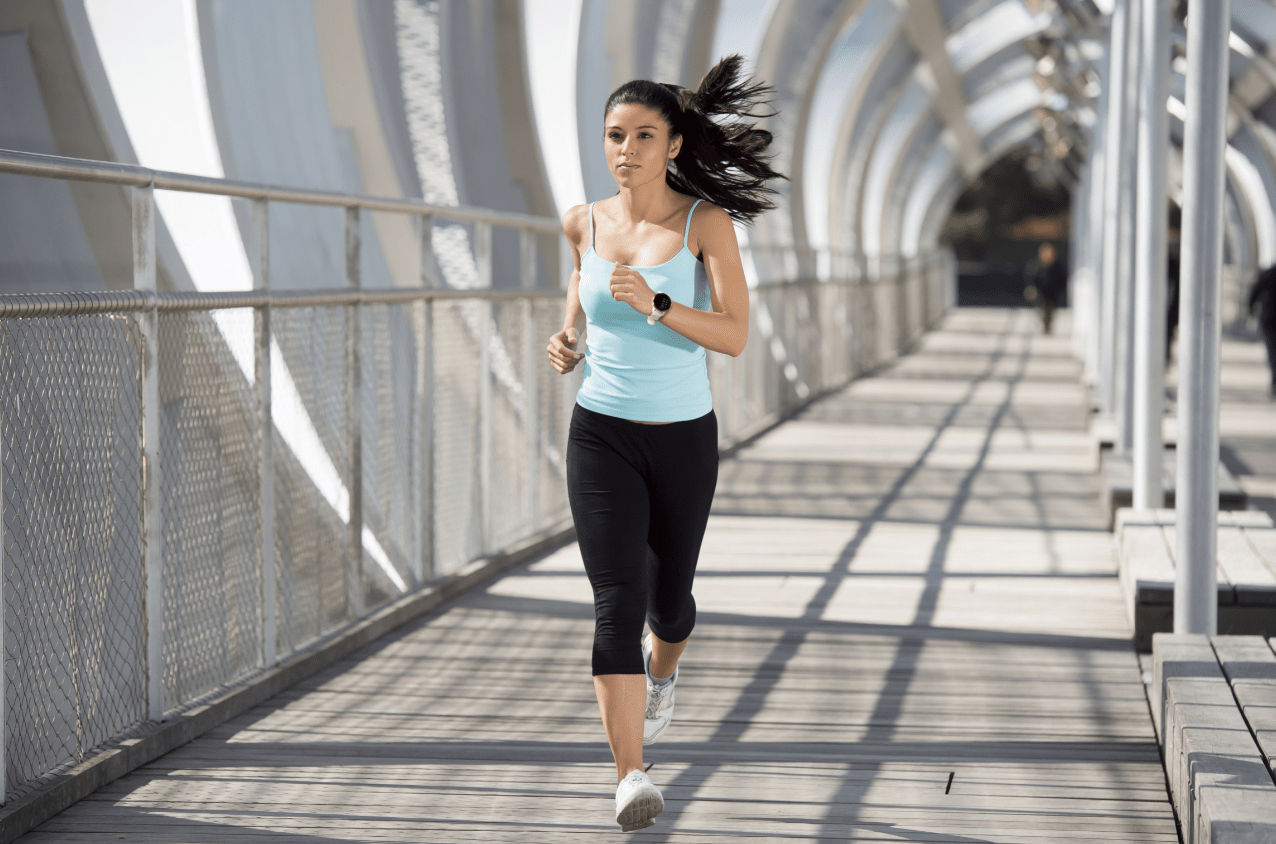 How to Adjust Running Schedules During Menstruation?

First, let’s have a brief understanding of what menstruation is. Menstruation refers to the phenomenon of the shedding of the endometrium. The shed endometrial tissue and blood are discharged from the vagina. The outflow of blood is called menstrual blood. During the childbearing period, women’s menstruation will regularly occur. This cycle is called the menstrual cycle. It normally begins at the age of 11-14, symbolizing the arrival of puberty.

If your menstrual cycle is 28 days, both the follicular and the luteal phase will each take up 14 days.

On the last day of the first stage (follicular phase), ovulation begins for the preparation of fertilization, and estrogen will start to decline. After three or four days, the estrogen level will rise again for fertilization to be more successful.

Estrogen and progesterone will increase during high-intensity exercise. Lower-intensity exercise has no effect on the fluctuation of these two hormones. Estrogen and progesterone can significantly impact the physical condition of females. A few examples are the development during the puberty period and the formation of secondary sexual characteristics.

For women, the higher the concentration of estrogen and progesterone, the better their body is. It can be found that these two hormones will have higher concentrations when females are in better physical condition.

Role of Estrogen in Running

This is also when you’ll hear a more frequent occurrence of fatigue fractures in women. Especially after menopause, it is not easy to maintain calcium level, which requires special attention.

Role of Progesterone in Running

Progesterone will impact breathing, increasing the respiratory rate. It might lead to the point of feeling a bit like asthma (but it is actually not). Therefore, when exercising, females may get the feeling of fatigue, but it is actually an illusion. This is only because, at a certain stage, progesterone has a particularly great impact on breathing.

How Does a Menstrual Disorder Ruin Your Performance?

Appropriate amount of exercise will have a positive impact on women’s menstruation. However, blindly pursuing athletic performance will lead to adverse effects, including hematuria, fatigue from overtraining, and other phenomenon. Some females train hard with a greater amount of training and have lower body fat percentage. This reduces estrogen level, leading to menstrual disorders or even menopause.

During training, the first period of some pre-pubertal girls will be delayed by nearly one year compared to other girls of the same age. Hence the training for young girls should not be overly intense. However, this will also vary from person to person.

Irregular menstruation and menopause will also reduce bone density. If menstrual disorder occurs, you should make sure not to increase the volume and intensity of the load too quickly at this stage (you can still perform appropriate exercise). At the same time, you should take in more nutrients, especially calcium and Vitamin D supplements.

How Should I Adjust My Training During Menstruation?

Theoretically, with a higher concentration of estrogen, there’s a positive effect on the recovery of muscles. On the contrary, as the progesterone concentration increases, the physical condition becomes worse.

Of course, in real life, many females responded that their physical condition is comparatively worse just before and after their period, and this is mainly because the concentrations of estrogen and progesterone are relatively low during those days.

Long-distance running will have a greater impact on women’s menstrual cycle disorders, yet females have stronger adaptability to endurance running than males, so the key is to reasonably arrange the loading of the menstrual cycle.

Assume that a menstrual cycle is 28 days, which is exactly four weeks. Theoretically, the physical state is relatively poor during the few days of a woman’s period. Then, the condition will gradually improve until the end of the follicular phase and in the first few days of the luteal phase, and the state declines again. And when ovulation approaches, the state will once again recover and then continue to decline. And then, the second period comes.

When adjusting training volume and intensity, it is sufficient to just keep some simple principles in mind. In the first week of menstruation, arrange for the training volume to be the lowest. In the third week of menstruation, which is also the first few days of the luteal phase, due to the decline of the physical condition right then, though it is not as obvious as during the period, so just maintain the running volume. After that, the estrogen increases again, and the running volume can also be gradually increased again.

For running enthusiasts like us, how should we accurately grasp our own menstrual cycle and apply it to the training schedule? Through the “Health Statistical Information” list in Garmin Connect, we can easily record our menstrual cycle (this option will only appear under the premise that you are a woman).

On the main page, it will clearly show what stage of the menstrual cycle that we are currently in, as well as when the next period, ovulation, etc., will arrive.

At the same time, we can click on adding new symptom below to record the different signs during the cycle, which can be used as one of the references in the future to observe whether we have over-trained causing menstrual disorders.

We can also assess by viewing the calendar.

Lastly, if you want to view and record through your watch, you can also download it through the Garmin CIQ Store. Then, you’ll be able to record and keep track of your menstrual cycle anywhere.