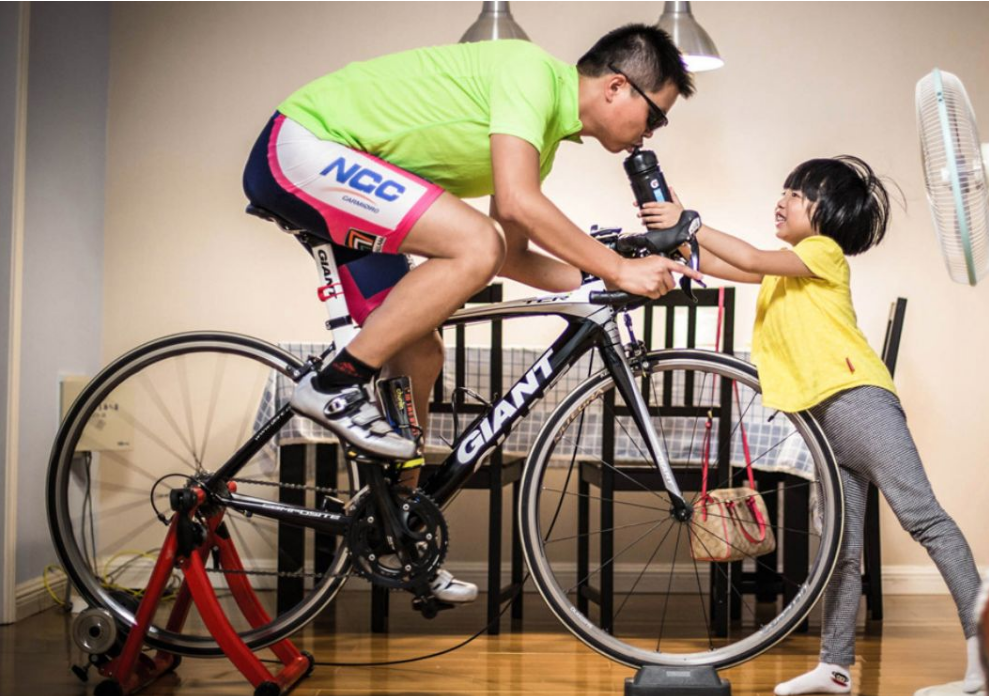 Things You Must Know about Bike Trainers

With the current pandemic, like the domino effect, many road races and cycling events have been cancelled. Everyone knows that exercising can help improve immunity. Sports where people are gathered will increase risk, so home workouts have become a good alternative. As cyclists, you and I must be familiar with bike trainers. Compared to running, riding a bike takes more time in the preparation and training process. Therefore, the bike trainer is presumably a partner that many serious riders both love and hate.

This time, I will share some common misunderstandings about bike trainers. Do they really exist?

Is it True that the Bike Trainer Damages the Bike?

For many fellow cyclists, before buying a bike trainer, one of the most important questions is whether the bike trainer will damage their beloved bike. Many people think this is nonsense, but there are also some people who believe that the fixed bike trainer will exert stress beyond those of normal riding on the frame, and over time, this will cause the frame to be “not as sturdy” or even damage it. So, what is the conclusion?

Actually, the claims that the bike trainer will cause damage to the bicycle did not come from the word of mouth among cyclists, and these are also noted on the maintenance statements of the different major brands. For example, the brands such as Specialized and Trek clearly defined in the maintenance specifications that damage caused by the bike trainer on carbon bike frames is not covered by the warranty. In response to this problem, Zwift also summarizes the relevant warranty specifications of the major brands regarding bike trainers on the website. If you are interested, you can head there to read it yourself.

Extended Reading: Is Trainer Use Covered by Your Warranty?

However, there’s no need to worry that much. The Cyclingtips website has interviewed various brands regarding this issue. Compared to the overuse of the bicycle frame during the process, they are more worried about the damage to the bicycle during the disassembly and assembly of the bike trainer. Manufacturers believe that improper installation (such as leaving it too loose, too tight, not using the correct quick release method, etc.) may cause the bicycle to be damaged by unknown external forces.

To sum up, it is almost certain that as long as the bike trainer is used correctly, the damage caused on the bike trainer is basically negligible. Instead, what we need to pay more attention to is that sweat may cause damage to the metal components of the bike trainer. The sweat accumulated indoors is more likely to accumulate on the bicycle and cause corrosion. Of course, the risk can be minimized through wiping and maintaining the bike. If you still have doubts, choose an old road bike! You’ll feel less pain while riding it.

Generally, the most common bike trainers on the market are mainly divided into three types: roller, friction, and direct-drive.

As the name implies, the roller trainer is a trainer where the bike is placed atop a set of rollers, and this set of rollers acts as a “treadmill”; friction trainer is very commonly seen, where the rear wheel is placed on a stand, and resistance is then given to the tires; the newly emerging direct-drive trainer does not need to use the rear wheel as a unit of driving resistance, it also has a lower wear on the outer tubes, and the rear wheels are removed and the frame is directly connected to the trainer, where the bicycle is directly driven through a chain.

Among them, the roller trainer can be used at any venue without having to dismantle the bicycle, so it is very popular among the track cycling cyclists and is often used as a way to warm up before the race. You need to maintain balance when riding the roller trainer. It can simulate real road conditions well, and you can also practice feeding and riding out of the saddle. However, using the roller trainer requires some practice and adaptation. You’ll fall easily if you make a mistake, so for novices, it’s not as user-friendly.

Because the bicycles on the other two bike trainers are fixed, which are basically similar to the flywheels we ride in the gym. There is no need to worry about balance, so for novices, these are more user-friendly.

The friction trainer is the most common, where its biggest advantage is that it’s cheap and there are many choices.

The direct-drive trainer uses the chain as a source of resistance, so, in comparison, there’re relatively less noise and vibration.

It doesn’t matter which bike trainer you choose, they all have an important factor that also affects riding: the moment of inertia. On actual roads, due to inertia, we would feel that it’s particularly easy to pedal, and even if we don’t step on the pedal, the bike will continue to move forward.

Lastly, in the era of power training today, it is a big trend for the bike trainer to be equipped with a power meter function. Even if the power meter is already installed on the bicycle, we still recommend buying a power bike trainer where you can change the resistance. The main reason is because with the combination of the intelligent variable resistance function and training software (such as Zwift), you can simulate the real resistance more effectively, and you’ll have a more effective and powerful training if you also use the Erg mode.