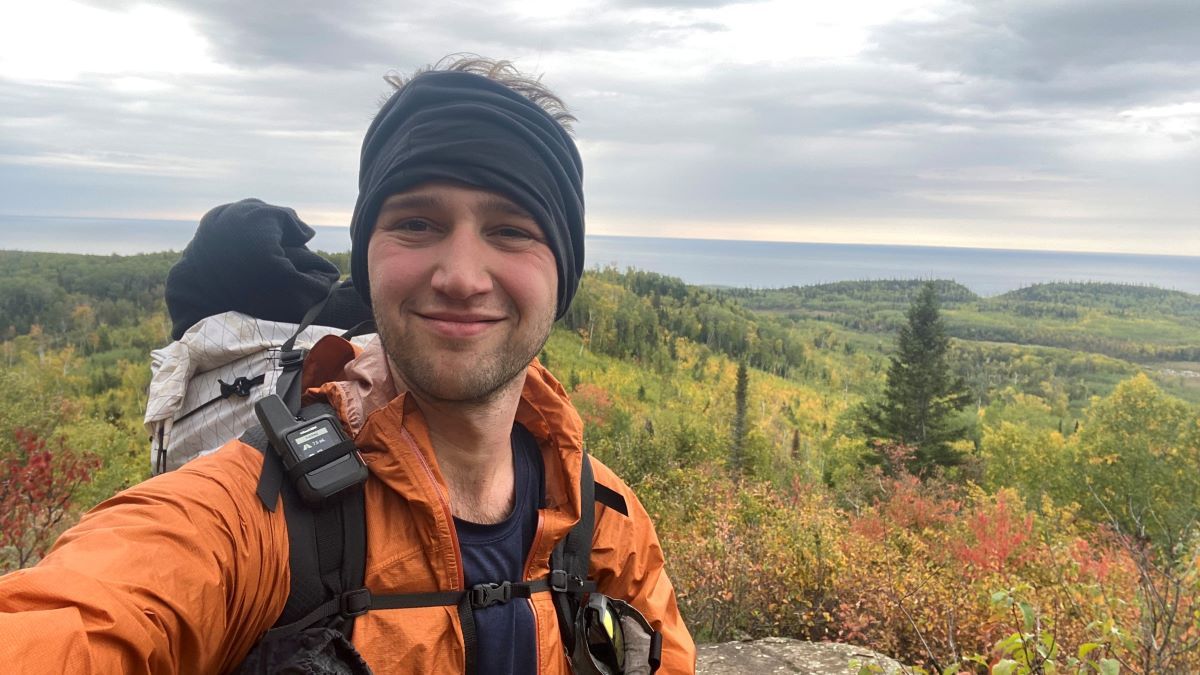 When Luke Totman was diagnosed with Type 1 diabetes at age 15, he knew he wasn’t going to let it hold him back. In his early 20s, he got into long-distance backpacking, and in 2019, he hiked 700 miles of the Appalachian Trail.

“An underlying condition shouldn’t limit anyone from setting out and enjoying and pushing themselves,” Totman said. “It just must be kept in mind with such circumstances that it’s exponentially more dangerous to not have a means of communication or way to call for help in areas where cell service is limited.”

So that’s why, in the fall of 2020, Totman opted to purchase an inReach® satellite communication device.

“I didn’t carry a satellite communicator for a long time because I figured, with diabetes, if there was a complication, I wouldn’t be conscious or able to activate the device,” he said. “But I stand corrected.”

It was his second outing to the backcountry after purchasing the inReach Mini that Totman faced a life-threatening medical emergency.

While backpacking a stretch of the Superior Hiking Trail in Minnesota, Totman woke up one morning feeling off. He had hiked 30 miles the prior day and experienced some ebbs and flows to his blood sugar count as a result. But it was nothing severe enough to call the hike — he thought.

“I started hiking that day and soon knew something was wrong,” he said.

Totman spent the next 4 hours resting by a creek, unable to keep any food or water down. He thought that maybe he had consumed some contaminated water.

“Based off the state I was in and how unpleasant the 2 miles from camp to the trail was, I used the SOS,” he said. “Every mile was a challenge, and time was of the essence.”

After triggering an SOS, Totman communicated to the Garmin International Emergency Response Coordination Center staff that he needed an ambulance. A volunteer search and rescue team was dispatched to assist Totman off the trail and to the waiting ambulance.

“I was feeling in good spirits until about halfway to the hospital,” he said. “The entire rest of that day and night are foggy. I didn’t realise the severity of my situation.”

Totman had fallen into diabetic ketoacidosis, a medical emergency which can lead to a coma or death. The condition often comes on quickly when the body begins breaking down fat to use for energy, causing chemicals called ketones to build up in the bloodstream and become poisonous. An insulin shot wouldn’t be enough. Totman needed immediate treatment at the hospital.

Totman has since recovered and is back to long-distance hiking and backpacking — with his inReach device.

“The inReach got me an ambulance in an area with no cell service,” he said. “Without it, I would’ve been out of luck and had no choice but to keep hiking to try and find help.”

As a result, Totman recommends that anyone who spends time in the backcountry should carry an effective form of communication.

“If you have a medical condition — or come across someone with one — time is often of the essence, and having a means to communicate is key,” he said.