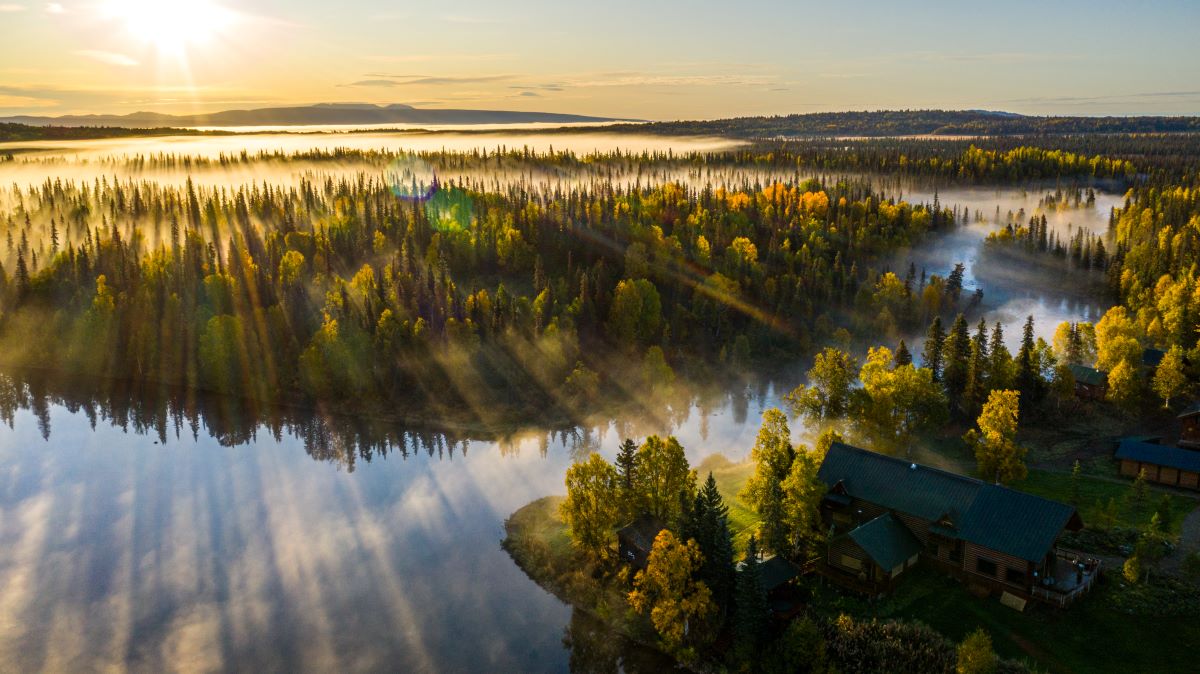 At any given time, the dispatcher at Tordrillo Mountain Lodge can monitor where certain guides and helicopters are located while in the field. Given that the lodge is only accessible by a 40-minute bush plane flight from Anchorage and offers some of the most remote adventures in the country, that’s pretty important.

The luxury adventure lodge in the heart of Alaska’s Tordrillo Range was dreamed up more than 20 years ago by a group of avid backcountry skiers and guides wanting to make their passions accessible to others. Since then, the lodge and the operation has only grown. It now offers multiple lodges, locations and multi-season once-in-a-lifetime experiences — from epic wintertime heli-skiing and spring corn skiing to summertime hiking, fishing, biking, eFoil boarding and Via Ferrata.

“At the end of the day, we love the mountains, and we love being able to show people our playground,” Co-owner and Lead Guide Mike Rheam said.

The lodge and operation are totally inaccessible by road, meaning that everything — from food to guests — is flown in and out. And with so many moving pieces to keep track of, that’s where their fleet of inReach devices comes in handy.

“The reason the inReach is so perfect for us is because radio signals only travel so far, and we’re often working far enough away from the lodge that there’s no way to have good signals,” Rheam said. “There are plenty of drainages where we don’t have radio communication back to the lodge, so by using inReach we have the ability to track and see where our team is as well as communicate.”

As Tordrillo Mountain Lodge began expanding the operation, including more aircrafts and guides, keeping track of their team and equipment became more complex. To solve that problem, they integrated inReach tracking with a custom third-party ESRI platform that allows them to monitor their team in real time, track avalanche danger, save heat maps of ski runs taken and more.

“Integrating the inReach technology with our custom software has been invaluable because we can also tie it into use reports,” Rheam said. “We have the customized ability to track things like where our use has been and where the avalanche hazard is.”

Now, every morning before a trip with guests, the team at Tordrillo Mountain Lodge reviews that data to make decisions about where to go that day. Then, throughout the day, a dispatcher at the lodge watches the real-time data. The dispatcher also coordinates communications that the guides send via two-way messaging from their inReach devices.

“We’re using inReach to have better communication in the field with the guides, whether it’s a heli-skiing trip or a day fishing trip,” Rheam said.

Because ultimately, at Tordrillo Mountain Lodge it’s all about having an experience unlike any other.