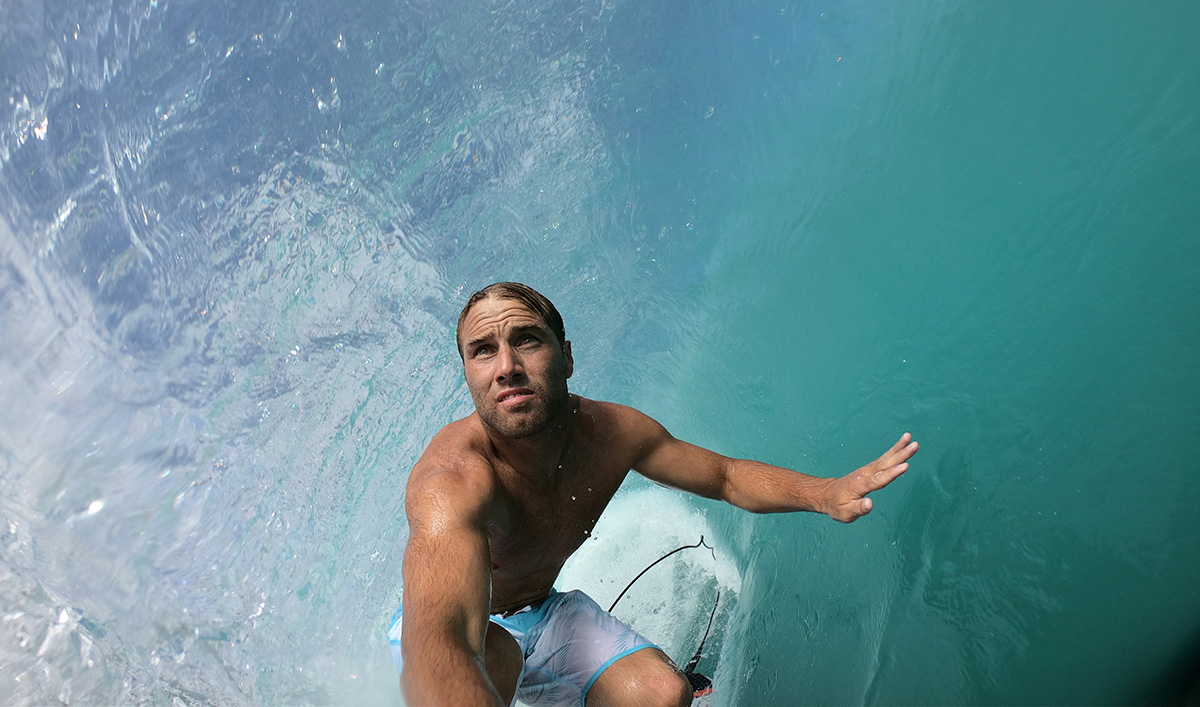 Anthony Walsh wasn’t born with a surfboard in hand, nor a camera — but if you’ve seen him either ride or shoot a wave, it looks pretty darn natural. The way he tells it, his ascension to professional surfer and content creator took place almost by happenstance.

“I grew up in a pretty small town in Australia and was introduced to surfing pretty late,” Walsh says. “But I did live by the ocean, and I was given a board by one of my parents’ friends. No one in my family surfs, so it was a pretty new thing.” He tinkered around enough with it that he could start competing as a teenager. And that’s when he found his passion — not in competing — but in free big wave surfing. He brought his camera along, making his own housing for it, shooting his own photos and videos, and selling them as covers or spreads. He eventually caught the eye of the folks at GoPro right as it was coming on the scene.

Now Walsh makes a living chasing the next big wave, both to surf it and to shoot it. But that’s not all he’s got going. Father to a 10-year-old and a newborn and a content creator in other industries besides surfing, Walsh is a busy man. He uses his Garmin Instinct® Solar – Surf Edition to stay on top of his game.

“I use it for a lot of different things,” Walsh says. “Obviously for tracking my sleep, which right now isn’t great.” (See above paragraph for the father-to-a-newborn bit.) “I track my training and capture content with Surfline Sessions™.”

Garmin has partnered with Surfline Sessions, which will create a video of every wave you surf in front of a Surfline® camera while wearing a compatible Garmin watch and send it straight to your phone.

“It will automatically send my sessions from the camera straight to the app, and I can edit that and mix it with all the different details from my watch — how fast I was going, how many rides I have. It’s cool that Instinct uses the GPS and tracks all of that so I can just send all those to my phone. It saves me extra time, and I can mix it with my GoPro footage as well.”

Walsh appreciates all of his data being kept in one place.

“Once you select GPS, which obviously tracks where you are, it will save that actual surf spot so that you can remember each session from each surf spot,” he says. “It will tell you how long you were there, how many calories you burned, how many waves you caught and how fast you were going so you can log that into your daily count.”

Training is also important for a big wave surfer; you’ve got to be in top shape to conquer the ocean.

“I do a lot of different things — some underwater training, cardio, strength, yoga — and all of those are presets in the Instinct. It’s cool just to see what exercises there are and what types of training. I’m always changing it.”

Next up for Walsh is to head back to Australia to introduce his new baby to his family and to camp, fish and surf for the foreseeable future — all with his Garmin Instinct Solar – Surf Edition on his wrist. To follow Walsh in his adventures, follow him on Instagram here. To up your own surfing game, get your Instinct Surf Edition here.