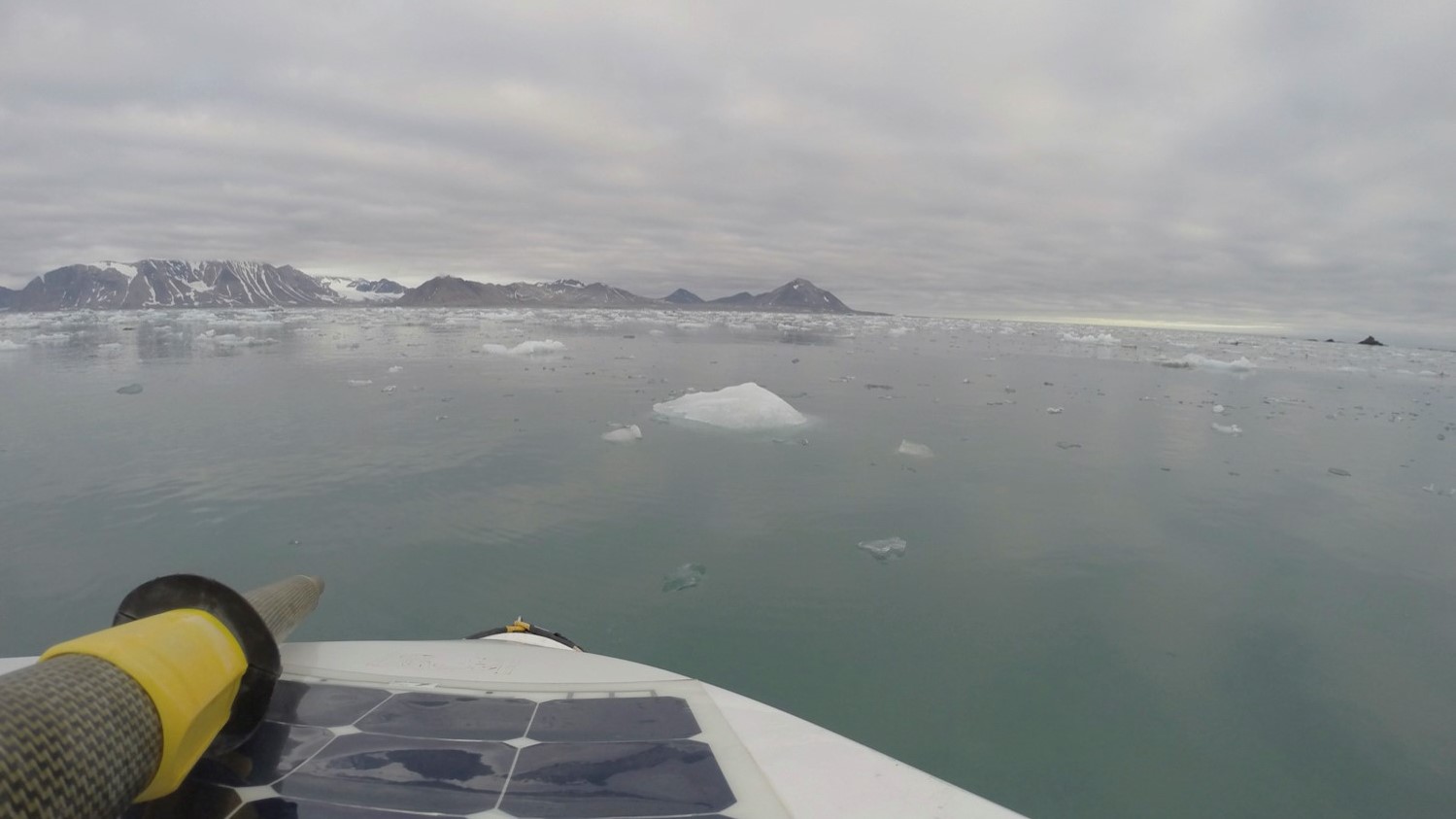 Getting stranded on a Norwegian island was not exactly what Carlo Facchino imagined as the big finish of his polar row in summer 2017. But embarking on a row never before completed by man on record had proven to be unpredictable the entire way.

Facchino’s whole rowing career had developed from unpredictable events, starting with a broken leg in high school that forced him to switch from playing soccer to rowing for the crew team in college. The repetitive, grueling nature of rowing led him to develop a love for endurance sports, including triathlons, ultramarathons, ultra-endurance bike racing and — ultimately — ocean rowing.

After rowing for a competitive team in New York and becoming a collegiate rowing coach back in his home state of California, Facchino was recruited to compete and row in the Great Pacific Race with team members from Iceland, Brazil and France.

It was his first experience with a rowing race of that caliber: four crew members on a 26’ boat for 40 days.

“It was so fulfilling to know that we moved from point A to point B across this giant ocean on our own power,” Facchino said. “It’s a very cool concept.”

They won in world-record time, and Facchino was hooked.

Facchino, along with some of the same crew members from the Great Pacific Race, came up with the idea to row from Norway into the Arctic Ocean — as far as they could go. It would be the first recorded row of that route, which was both exciting and entirely unprecedented. They spent months preparing for a journey in which the conditions could not be predicted.

“Everything was unknown because no one had ever done it before,” Facchino said. “We had to learn quite a bit just by trial and error.”

The journey was split into two legs. The first was from Norway to Svalbard, which was about 750 miles and 9 days, and the second leg was from Svalbard north into the Arctic Ocean.

Many of the lessons the crew had to learn were a result of the cold weather and water they encountered. The six-man crew rowed in shifts — 90 minutes on and 90 minutes off for 24 hours a day. When rowing the 26’ boat, the men were exposed to all of the elements — cold air, even colder water, crashing waves and sometimes a marine layer so thick they couldn’t see in front or behind them.

The crew also shoveled down cold meals to have time to sleep during their shifts, rowed in wet clothes so they could preserve their dry or damp clothes for being inside the cabin, and slept nearly on top of one another in the cramped cabin space.

The first major issue they encountered was that their desalination water pump didn’t have enough power to push the salt through as the colder water became denser with salt. The team was forced to use a hand pump instead, and — to get enough water for six men — a member of the crew had to pump water instead of row.

On the second leg of the journey, into the Arctic Ocean, the boat got caught up in the Arctic Ocean current where the water temperature fell to around 2 degrees Celsius. With that colder water came massive ice flows and icebergs around which the crew was forced to navigate.

“We truly had to stop, get our oars out of the boat and start pushing icebergs out of the way,” Facchino said.

After successfully navigating through the icy waters, the polar row team’s trials still weren’t over. They encountered intense storms that knocked waves up over the boat, soaking the rowers as they went along.

“We were trying to row, but we were constantly wet, so our hands and feet were extremely cold,” Facchino said. “We were all suffering from what’s called nonfreezing cold injuries — not quite frostbite but just cold enough that our nerves started to die.”

During those storms, there was no inkling of sunlight to charge their electronics and, eventually, the team rowed through the ocean with no navigation.

Fortunately, Facchino had purchased an inReach satellite communicator for the journey. He had intended to use it mainly as a tracking device so followers could watch the team’s progress via MapShare™, and they would ultimately have a permanent record of their unprecedented row.

When their electronics couldn’t be charged, though, Facchino resorted to using the inReach device for communication and navigation, too.

“Once we had to start conserving our power, I was always using the inReach to send text messages and to update my family,” Facchino said.

He kept it clipped to the boat for the duration of the row in case of a true emergency, too. While their risk of capsizing in that type of boat was fairly low, if it did happen — or if anybody became separated from the boat — the survival rate was also low.

Suffering from the cold, tired of being battered at sea and worried about their lack of battery power and navigation tools, Facchino and the other crew members decided to head toward a small, rural Norwegian island. The island, home to a Norwegian Navy metrological station, had only about 18 inhabitants.

A Norwegian member who had rowed the first leg of the polar row journey secured permission for the team of rowers to land on the island. Once there, they were met with warm hospitality and meals. After several weeks, however, the team — deciding it would be unwise to continue their rowing journey — realized they were stranded.

Eventually, the Norwegian Coast Guard made an early trip to refuel diesel tanks on the island, and the team was able to get a ride back to Norway’s mainland. While unpredictable for the duration, the never-before-done row was ultimately a success.

Today, Facchino still rows, but his time lately has been spent on land a bit more than before. He’s the director of a series of triathlons and is looking forward to some “Fastest Known Time” trail running attempts in his home state.

But whether he’s seeking records on land or on sea, he still carries his inReach.