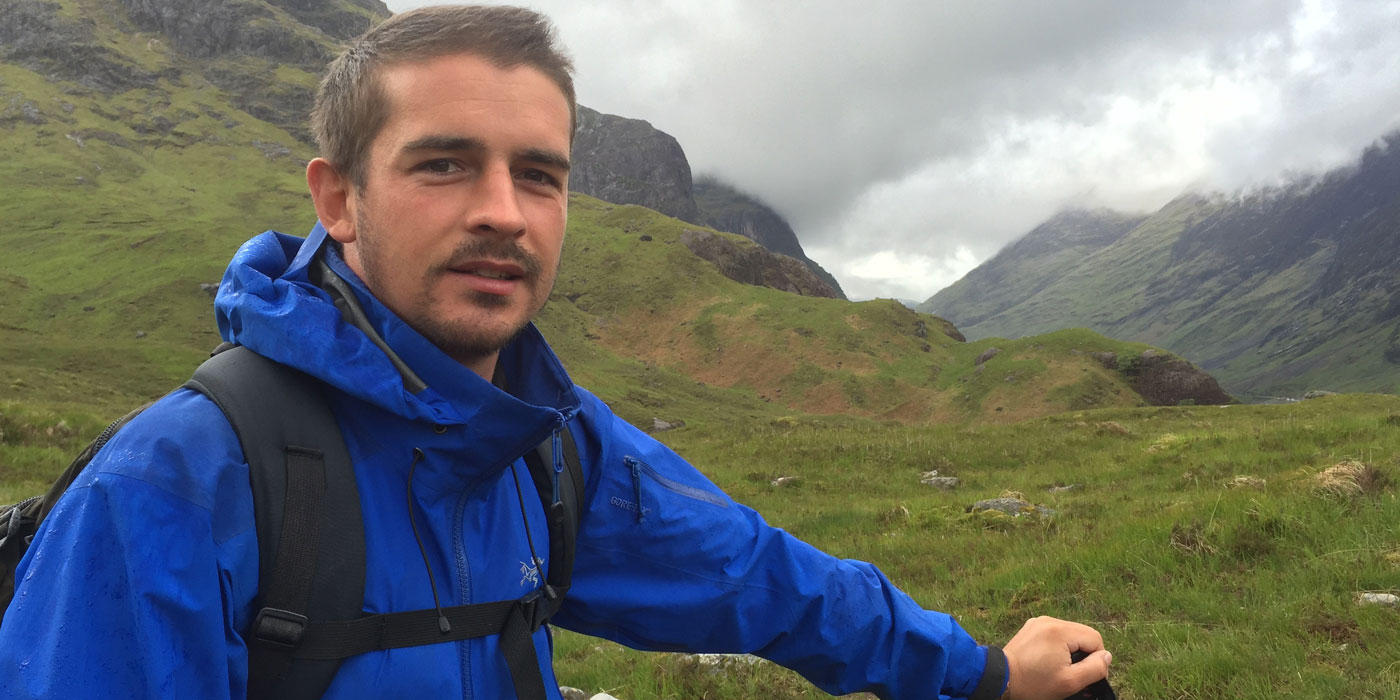 Completing the Munros of Scotland

After serving as an officer in the British Army, Jack Campbell sought an adventure. He chose to attempt to climb all 282 Munros in Scotland in one summer. This challenge would require a combined trek of roughly 2,200 kilometers. Jack recounted his experience with Garmin.

Garmin: How did you get the idea to climb the Munros? [A Munro is a mountain in Scotland over 3,000 feet (914 meters).] I understand that “Munro bagging” is popular among climbers, but were you attempting to set a speed or time record?

Jack: I wanted to undertake a challenge having just left the regular army, and most of my ideas were far too expensive and large scale. After thinking long and hard, I decided that I live in Scotland and love climbing, and the idea of climbing 282 mountains in one summer was a hard challenge but achievable. So the plan was set. I had no aspiration to beat any records as there are some serious athletes out there who I can’t ever dream of matching; the challenge for me was to get them all done before the winter set in.

Did you have challenges early on? Was it difficult to make the first series of climbs, or was the latter half more challenging?

There were huge physical challenges early on as I had done zero training or preparation due to being away in the United States with the U.S. Marine Corps on exercise until the week before I started. The weather was also against me in a serious way for the first few weeks of the trip. As time went on the weather got better, and my body became accustomed to the daily beating on the hills. Towards the end, the psychological challenge became huge. I nearly gave up with only 50 mountains left to climb, and it took some strong words from a complete stranger to give me the kick that I needed to push on.

Did your military training prepare you in any way for the climbs?

The Army training gave me the psychological resilience to keep pushing on because I knew that my body and mind could take more. I guess I was fitter than your average person when I set off purely due to the training required of us in the military.

Can you share a little bit about your military experience?

I served with the Household Cavalry Regiment for five years as an officer: one year at Sandhurst Military Academy, three working with armoured reconnaissance tanks, and one on horseback in London on ceremonial duties.

You shared that you found the inReach® to be an essential part of your gear. How did you use the inReach device in your adventures?

I had both an inReach and a Garmin Montana® on the trip. I didn’t get the inReach until a few weeks in, as I realized that there was no way for me to get help if I was in trouble. Initially I phoned home every morning and night to update my parents but soon ran out of mobile phone signal so that plan wouldn’t work. Some days I wouldn’t see another walker all day, which meant that even a sprained ankle in a remote area would very quickly become a serious problem. I did some research and decided on the inReach. It was such a huge weight off my mind to know that people could track my movements online and that if I needed to, I could raise the alarm and get help wherever I was. I did consider a sat phone, but the cost was so high in comparison that I didn’t think about it for long.

Luckily, I didn’t need to use the inReach emergency services. I used the device to allow others to track my position and progress, and I received great feedback from people who would regularly log in from their London offices to see where I was.

Since you mostly traveled alone, what advice do you offer to others who climb solo?

I would advise every solo climber to have some sort of device that allows them to raise the alarm if needs be. The inReach is the fastest most reliable way of getting help. Most people leave their route and expected time of return with friends and family—a good option to have but can mean rescues are delayed by up to 24 hours by the time the alarm is raised. That’s a long time to be sitting in the cold rain with a broken leg. With an inReach device, you can raise the alarm immediately and then remain in contact with the emergency services throughout the rescue process. I will never leave home without one.

Any advice for others attempting to climb the Munros?

Do it. It’s the most beautiful scenery and a difficult but manageable challenge. Try and plan ahead, if possible, and get fit. It will make your life far more pleasant at the beginning of the trip. I learned a lot the hard way climbing the Munros.