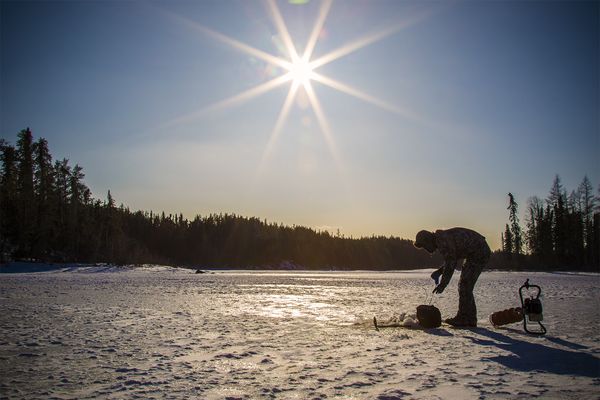 Introducing: Out In the Bush with Pete McLeod

It’s -22 degrees Celsius outside and was a cold frosty March morning.  Just outside the warm and cozy home, an airplane rests on a frozen lake with the sun awakening in the distance.  It’s the beginning of a new day in northern Canada, and for Red Bull Air Race pilot Pete McLeod, this is just another run-of-the-mill winter day in his hometown Red Lake, Ontario.

Red Lake is the northernmost town in Ontario and is host to a small mining and logging community. The roads stop in the little bush town, so flying is a necessary mode of transportation. Snow usually starts falling in Red Lake around late October and starts melting around March. These long winters are ideal for local snowmobilers and ice fishing, although the wind is often extremely cold and temperatures can plunge to below -35 degrees Celsius.

This last March, Pete had some time off from air racing and invited Garmin along on his trip home to Red Lake and out to the Canadian bush.  Pete loaded up his Cessna 180 bush plane with his family and friends and headed out for a weeklong escapade of ice fishing, shooting, snowmobiling, and some spectacular bush flying. 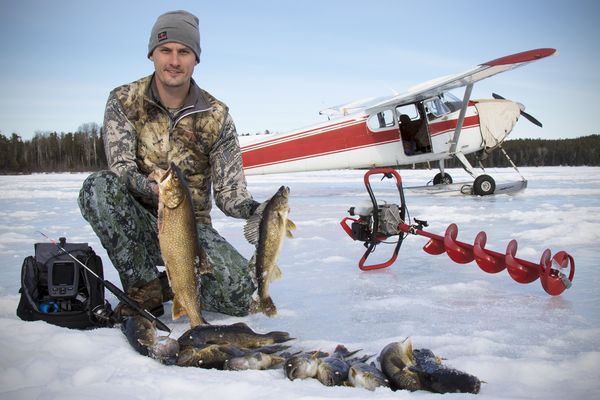 Using the Garmin VIRB X, Pete captured some amazing moments on his trip and we broke it all down into a series of videos.  Part one of our “Out In the Bush with Pete McLeod” series starts this afternoon- stay tuned!