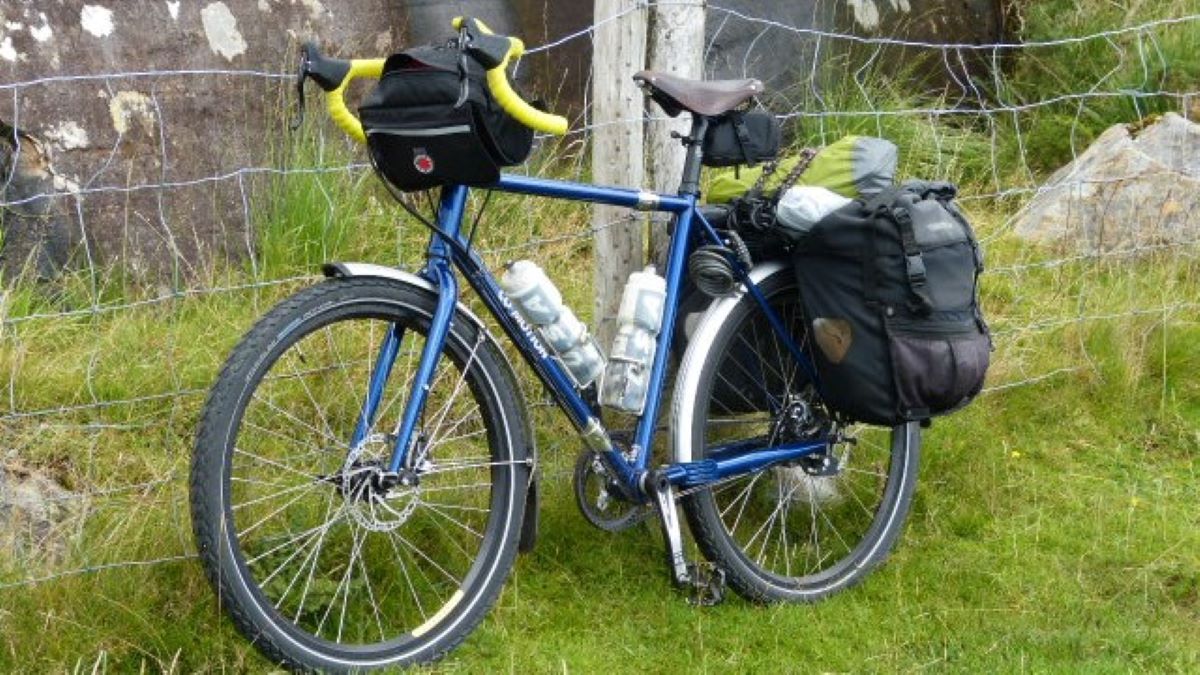 Once an ultrarunner and adventurer, in his retirement Len DeMoss decided bike touring the world would be his way to keep up his active lifestyle. DeMoss’ son had one stipulation for him, though: He had to carry an inReach® satellite communicator.

“He called me and he said, ‘I want you to buy one of these,’” DeMoss said. “He said, ‘I worry about you going all over the world by yourself. And that thing really works.’”

DeMoss heeded his son’s advice and completed tours in Australia, Italy and Morocco with his inReach Mini clipped to his backpack. It wasn’t until a tour in Sri Lanka, however, that he ran into trouble — multiple times.

Mid-journey, DeMoss encountered a National Park that did not allow cyclists to travel through due to the likelihood of encountering animals such as elephants and leopards. He stopped at an eco-lodge where he was offered a ride on a safari truck for the 65-kilometer journey instead. He loaded his bike and took a seat, and off they went on the deeply rutted, rough road.

“We only got about 8-kilometers up the road when I started hearing this grinding noise coming from the truck and knew the four-wheel drive was going out,” DeMoss said. “He finally got stuck in this one rut and the whole truck stopped.”

DeMoss was concerned. They were surrounded by elephants, which — while a unique experience — can be dangerous due to their size and strength.

The driver of the safari truck opted to climb up a tree, trying to get cellphone service.

After a long wait and no success, and needing to get through the park in order to continue on his bike tour, DeMoss knew what he needed to do. He pulled out his inReach and triggered an SOS. Immediately, staff at the GEOS International Emergency Response Coordination Center began collecting details about DeMoss’ situation and coordinating rescue responders.

Meanwhile, a third-party showed up and offered to come back with a vehicle DeMoss could use to get out of the park. When he arrived, however, it was not with another safari truck. It was with a tuk-tuk.

“A tuk-tuk is a three-wheeled vehicle with a little backseat and a motorcycle in the front,” DeMoss said. “My bike was halfway out of the vehicle and halfway leaning up against me in the backseat. It was unbelievable.”

Unbelievable, but successful. DeMoss made it out of the park and canceled the SOS — thankful that emergency services were ready to respond had his travels gone more awry.

Riding inland from the Sri Lanka coast into a small valley, DeMoss was beginning to crest a hill when he noticed an elephant in the middle of the road at the top of the climb. With no ability to get beyond the elephant safely, DeMoss could only wait and hope help would come along — or else trigger another SOS.

Eventually a truck did come along, and the driver had DeMoss stay to the left of the vehicle as it went around the elephant. The strategy worked, and the truck took off. DeMoss continued on.

Later on that day, though, DeMoss was cresting another hill when he encountered — yet again — an elephant staunch in the road. He waited for another vehicle to come along, and once again tried to get beyond the animal.

This time, though, the vehicle took off a bit too quickly, leaving DeMoss slightly behind. The elephant came charging and swinging its trunk. DeMoss ducked below the handlebars. It was a near miss, but DeMoss continued on safely, once again thankful to have the inReach on his pack in case he had not been so lucky.

DeMoss went on to successfully complete the Sri Lanka bike tour, but came away with one big lesson.

“I would not go to any of those places without that inReach device,” he said. “It’s like having water. It’s a necessity if you’re out in an area where there’s not a lot of people or if you’re doing an activity where you might need to get some help.”