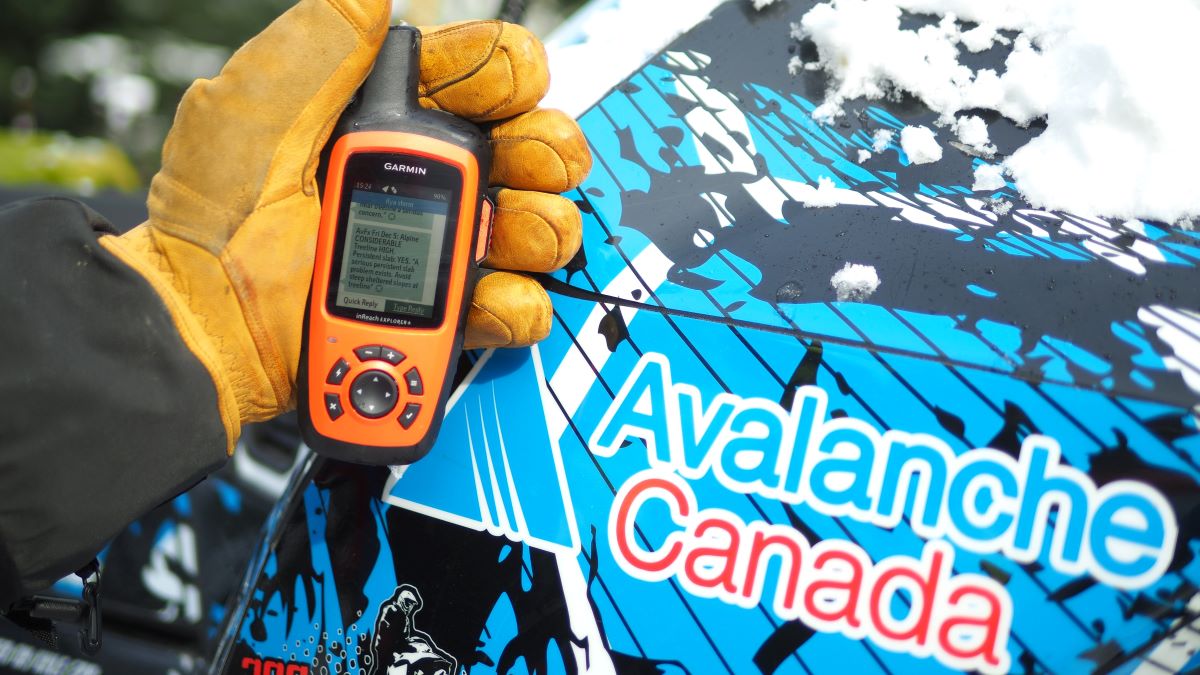 Everybody on the Avalanche Canada team lives and breathes avalanche safety, and knows their forecasts can be the deciding factor for a recreator making a life or death decision.

More and more, people are heading into Canada’s mammoth mountain ranges in the winter months to recreate. As a result, they’re turning to Avalanche Canada to provide critical information about avalanche conditions to help make decisions and keep themselves safe in the backcountry.

Their flagship products are daily avalanche forecasts for 14 regions throughout Canada. These provide an assessment of avalanche danger and allow recreators to choose appropriate routes for the conditions. The organization also provides a wealth of additional knowledge, from creating and offering the curriculum for avalanche safety courses to heading into classrooms to educate younger generations.

Although Avalanche Canada is a relatively small team based in Revelstoke, their forecasting is still a country-wide operation. Avalanche Canada utilizes data from a variety of sources: professional organizations and companies (ski resorts, guiding companies, Provincial Highway Services, rail networks and others), their own field teams that go into the mountains several times a week, and members of the public submitting weather, snow and avalanche observations on the Mountain Information Network.

All of that information is merged along with a detailed assessment of the weather from the Meteorological Service of Canada in order to produce the avalanche forecast.

Life of a Forecaster

Every day, one forecaster comes in early in the morning to analyze the previous day and make sure the upcoming forecast is still accurate. Sudden changes often occur in Canada’s complicated mountain environment. If that’s the case, the morning forecaster will do an update so people can have the latest information before heading into the mountains.

When the whole team of forecasters arrives, they review what happened the prior day and night — snowfall amounts, temperature changes, new avalanche observations — followed by a meeting with a professional meteorologist. Then, collectively, they combine all of their expertise to make judgments about what they think will happen in the following three days.

“By the afternoon we’re in writing mode and really trying to figure out the best way of communicating what we think is going to happen in the next three days — finding the right words and the right levels in the different pieces of the forecast to best give that information to the public,” Floyer said.

By the end of the workday, they have 14 full up-to-date forecasts published. If they feel the danger is high enough to warrant a warning, they’ll work with media outlets to spread the word to the public.

Prime avalanche season in Canada typically runs from early November to early May, with March being the most dangerous month, followed by February and January.

“Typically March is our most critical month,” Floyer said. “It’s a combination of factors. The snowpack sometimes gets quite complicated. Often several weak layers become stacked on top of each other. And there’s generally some very nice weather so that draws people out to the mountains.”

Despite an influx of people heading into the backcountry to ski, snowboard, snowmobile, hike, climb and more, the avalanche fatality rate is the lowest it’s been since 1997, at an average of 11 per year over the past 10 years.

“It does appear to genuinely be bucking the trend of the increasing number of users of the backcountry,” Floyer said.

Equipment and technology have improved along with that knowledge, too. One of the new projects that Avalanche Canada has been working on is developing computer models to replicate snowpack in a given region, which can improve the understanding and forecasting of the conditions.

“The more we can look to the data and some computer solutions, the more we can focus our limited resources in the most important ways and serve as wide a community as we can,” Floyer said.

Because, Floyer said, 11 deaths are still too many.

The Kakwa region in northeastern British Columbia, bordering Alberta, is an incredibly remote place with a surprisingly active backcountry snowmobiling scene. It’s so remote that it’s even difficult for the Avalanche Canada team to travel to. But over the past several years, the team has been gathering information from the region in hopes of improving the avalanche safety there.

“In the course of that work, we noticed that many people who were riding in the Kakwa region recreationally were also using inReach devices to communicate with each other, because there’s no cellphone signal in that area at all,” Floyer said.

So they came up with an abbreviated version of the avalanche forecast that has the danger rating, information about persistent slab problems, and basic terrain and travel advice, which they now can send out to all of those inReach users in the region.

“It’s been well received,” Floyer said. “I think people are appreciating the attempt to communicate in a really challenging area to communicate.”

He said that they’ve gone from there being no information readily available for that region to people actively discussing what the avalanche danger is and getting more involved.

The forecast team even sends a separate inReach message to the groomer who maintains the smoothness of the snowmobile trail network in the region. He then takes that information and updates the avalanche danger rating sign placed at the trailhead that snowmobilers see as they travel to the region.

Additionally, Avalanche Canada requires that an inReach be carried by all of their team forecasters who head into the backcountry to collect data.

The avalanche gear that Floyer recommends everybody travel with is an avalanche transceiver, a probe and a shovel. And it’s essential that every individual carry all three.

If a person buried under the snow is wearing a transceiver, a searcher can switch their own transceiver to search mode and find the person’s location. A probe is used to pinpoint the exact location of the buried individual, and a shovel is used to dig them out.

Training is also vital for a number of reasons — not only to know how to use the equipment to rescue someone, but also to understand the avalanche forecasts, identify and travel through avalanche terrain, and recognize dangerous avalanche conditions.

Ultimately, when it comes to avalanche safety, Avalanche Canada has a mantra: “Get the gear. Get the training. Get the forecast.”