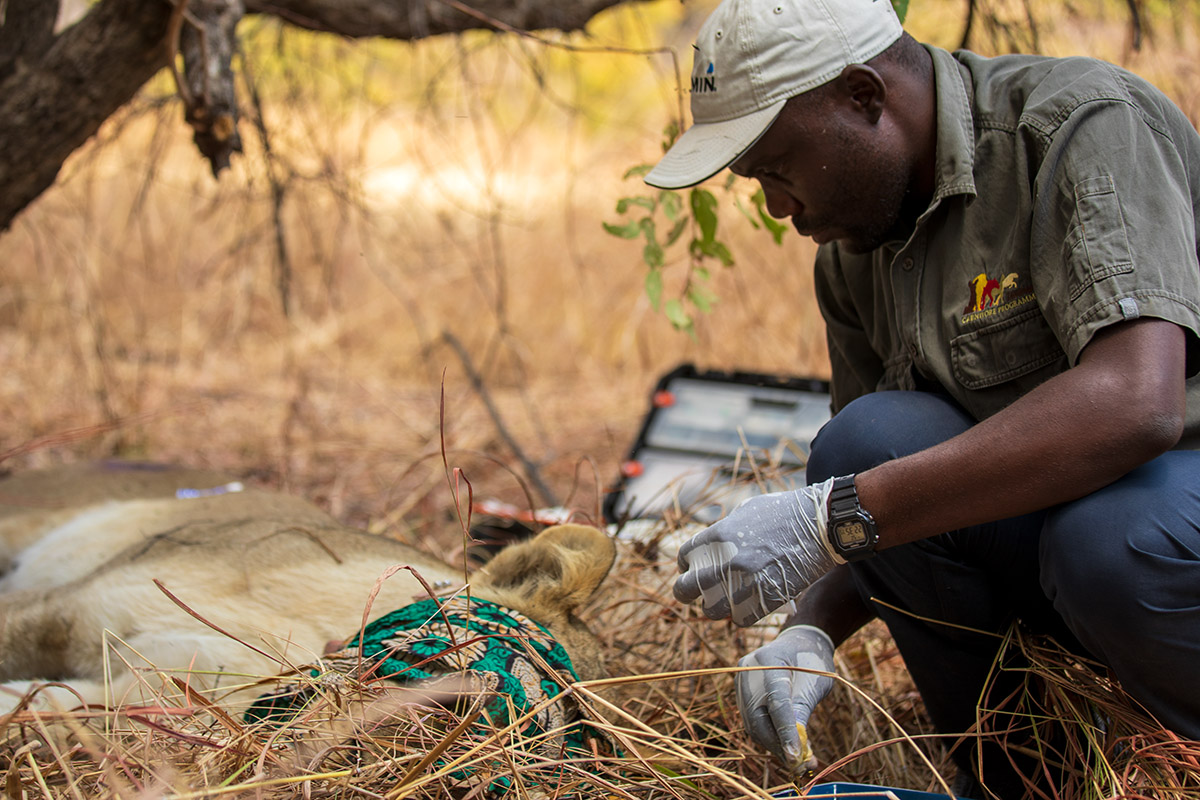 Spanning 9,050 square kilometers in the eastern region of Zambia, South Luangwa National Park is home to one of Africa’s most diverse — and delicate — ecosystems. The Luangwa River supports an abundance of wildlife, including zebras, elephants, hyenas, buffalo, hippos and the largest lion population in all of Zambia. Unfortunately, this abundance in turn attracts another, more insidious species: poachers.

Conservation South Luangwa (CSL) is headquartered in the nearby Mfuwe community and has been working to combat poaching in and around the park for 19 years. Along with their partner organization Zambian Carnivore Program (ZCP) and the Zambian Department of National Parks and Wildlife (DNPW), CSL strives to the protect the biodiversity of the region. It’s not an easy task.

“We have a couple core focuses, but one of the main ones is on law enforcement,” says Rachel McRobb, CEO of CSL. “We do a lot of anti-poaching and supporting of community-based scouts. They do anti-poaching patrols inside and outside of the park — obviously all using GPS of various sorts.”

CSL now employs around 80 community-based scouts — all Zambian locals — to help DNPW man 8 camps within the park’s borders and 8 camps surrounding it. They rely on Garmin GPS devices to send precise GPS coordinates back to headquarters, whether to track an animal, record the location of a poaching incident, call for help or simply maintain contact. CSL also relies on canine units, which are outfitted with Garmin Alpha® 200is, to track poaching routes, as well as an aerial unit comprised of a Garmin-outfitted Cessna 180 for anti-poaching and animal tracking flights.

It’s grueling work, but it pays off. Zambia’s elephant population in particular was in dire straits. For the last two decades, poaching had been steadily increasing, but in the past 3 years a 66% reduction in elephant mortalities has been recorded.

“That’s not a direct result of CSL’s work alone, but it’s a collaborative effort between CSL, DNPW and all sorts of new technology, training, staffing and systems that we implemented,” she says. “Now the challenge is to maintain it.”

“We share [a full-time Zambian vet] with our partner organization, Zambia Carnivore Program,” says McRobb. “He’s doing a lot of wildlife rescue, so whenever an animal is caught in a wire snare or has been hurt by poachers with weapons or firearms, the vet is ready to go in and rescue if he can.” To support ZCP’s initiatives, the vet also does conservation work by collaring lions and wild dogs to track the local population.

“Of course, that is all dependent on GPS coordinates and downloads, so every time our vet rescues an animal, it’s important for us to have all of that information because of where we would need to intensify our anti-snaring patrols.”

Snaring is a popular form of poaching in Africa. Snares typically have a noose made of wire and are put in place in an attempt to illegally catch and kill bushmeat. McRobb says that snaring is one of the main factors contributing to wild dog declines across Africa but thanks to the work being done by ZCP and their ability to monitor each pack and most individuals, the population is increasing.

“So if animals are picking up snares and being rescued and ensnared in certain areas, we would then send in that info and send in rapid response anti-snaring teams to those specific locations,” says McRobb. Thanks to these efforts, the wild dog population in South Luangwa is the largest in Zambia and is actually increasing despite having been wiped out in many other national parks.

“We mark every conflict area, every conflict incident, all logged in a database … almost everything is dependent on having accurate GPS locations. Thinking about it, there’s GPS and Garmin equipment in just about all parts of our programs, and I would say that’s not unique just to us. It’s anyone working in wildlife conservation and research in Africa and anywhere else in the world.”

Saving Africa’s endangered populations doesn’t just require rescuing animals from ill-intentioned poachers. Especially as their habitat is negatively impacted by factors like poaching and climate change, wildlife will inevitably have run-ins with the local human communities.

“There’s a lot of challenges between wildlife and people in this area, because it’s a massive national park,” says McRobb, noting that there are no artificial boundaries around the park’s perimeter. “Wildlife is free to move from the park to the buffer zone surrounding the park. And of course, with large populations of elephants, that means there’s a lot of crop raiding and property damage in rural communities who are already suffering enough as is.”

Crop raiding, property damage and livestock predation are increasing problems for the human population of the Luangwa Valley. In order to descale conflict without harming the animals, CSL employs methods like chili blasting, watch towers, elephant-restraining electric fences and elephant-safe grain stores. They’re also working to educate communities that are in close proximity to wildlife to help them understand it’s important to use these methods to protect property rather than turning to those that might harm Africa’s wildlife even further.

How Tourism Can Help Prevent Poaching

CSL and ZCP both partner with Dazzle Africa, a nonprofit organization based in the U.S. that, through hosting safaris, supports funding for CSL and ZCP’s full-time veterinarian, the airplane they use for aerial patrolling, anti-poaching operational training and more. Travel + Leisure just ranked Dazzle Africa the No. 3 safari outfitter in the world, but it’s bigger than just tourism.

“The thing that is valuable for people to understand,” says Dazzle Africa CEO Stacy James, “is how tourism can positively impact local communities.”

The Dazzle Africa website states that “people protect what they know.” By bringing visitors into the environments these animals inhabit, they don’t just get photo ops — there’s also the chance to increase education about the issue at hand and, ideally, funding to continue conservation efforts.  A National Geographic essay from 2020 concurs, further pointing out that without the animals, tourists are less likely to come to these national parks, which in turn harms the local infrastructure and economy. At the risk of stating the obvious (and corny), it really is a circle of life — and when one component of that circle falters, the rest are endangered as well.

How can I help?

Even if you can’t make the trip to Zambia to actively assist CSL and ZCP in their conservation efforts, you can always help to support the funding of these projects. To donate to Dazzle Africa’s philanthropic efforts, click here.