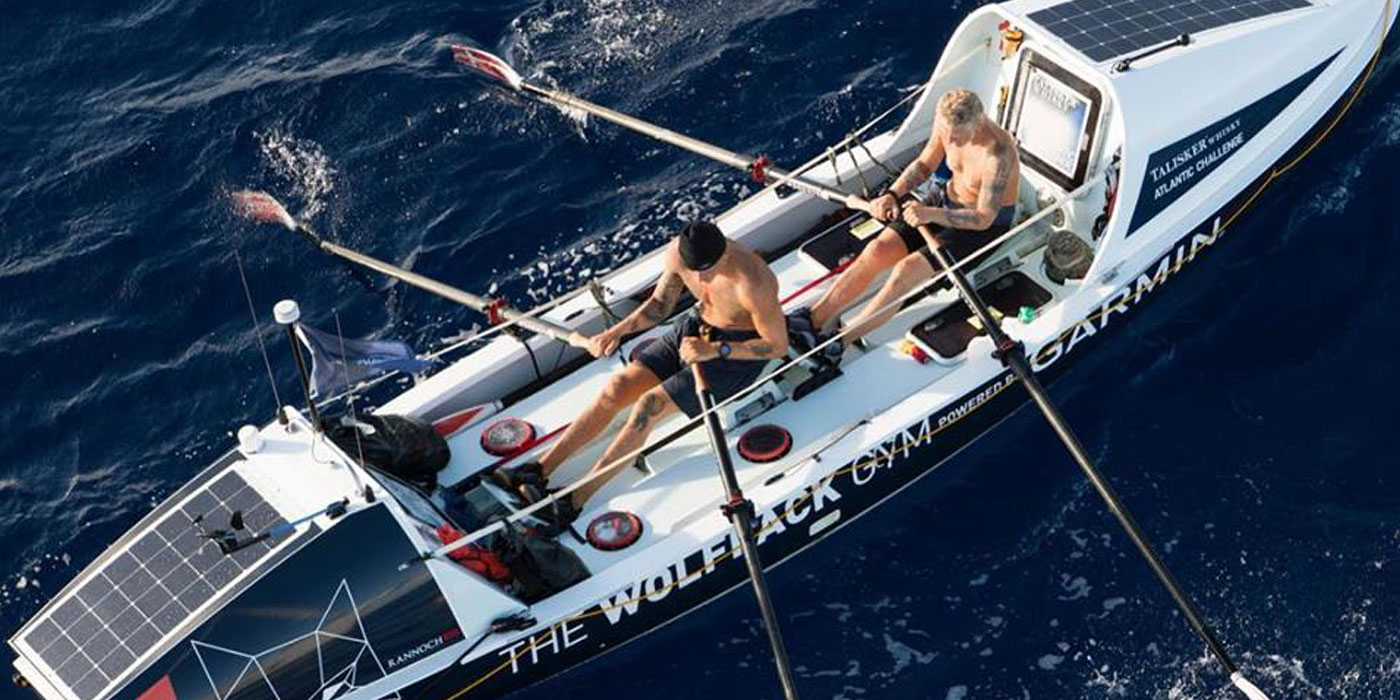 No Magic in Small Plans: Racing Across the Atlantic in a Rowboat

There are demanding rowing races, and then there is a category of extreme rowing events. One of the most intense of those races is the Talisker Whisky Atlantic Challenge. Solo rowers, pairs, trios and teams of 4 and 5 participants depart from La Gomera — one of Spain’s Canary Islands near the coast of Morocco — and row about 3,000 nautical miles west across the Atlantic Ocean to English Harbor on the Caribbean island of Antigua.

Equipping the Boat and Staying Safely on Course

Crossing the Atlantic requires more than oars and an ordinary rowboat. Competitors in the Atlantic Challenge race in 7.5-meter specialized rowboats with storage space, a sleeping compartment and solar panels to power gear.

The equipment allowed the team to monitor weather conditions, navigate their route and provide live tracking via their inReach device on a MapShare™ page that their friends and families could visit to follow their journey and stay in touch. In addition, if the need ever arose, they could have utilized the SOS feature of their inReach to communicate the need for a rescue.

Two duty officers on land monitored the teams, and 2 yachts followed the rowers as they crossed the Atlantic. Still, the distance the boats traveled and the space between each team made for a lonely and challenging voyage. Waves often reached 20’ high, and attention to staying on course was required day and night.

The pair also needed to eat and drink. Before departing, they loaded their boat with the equivalent of 744,000 calories of food. They used a seawater purifier to produce drinking water to provide the 10 liters of water they needed to drink each day.

In addition to the customized boat, the trip required mental resilience and physical stamina. Routinely, 1 rowed alone for 2 hours while the other slept in a small compartment. They continued this rotation for the majority of the race while enduring isolation and seasickness.

As the pair approached the end of their journey across the Atlantic, they thought about being reunited with their families. They crossed the finish line after rowing for 49 days, 2 hours and 29 minutes. The next closest pair — from the U.K. — finished more than a day later. In all, 46-year-old Vangsø lost about 35 lbs (16 kg) and 31-year-old Hansen lost 50 lbs (23 kg).

On his website, Vangsø wrote a compelling statement about making a commitment to complete a goal such as racing in the Atlantic Challenge. Roughly translated, it reads, “There is no magic in small plans. Large targets, on the other hand, boil the blood in humans and light the inner glow.”