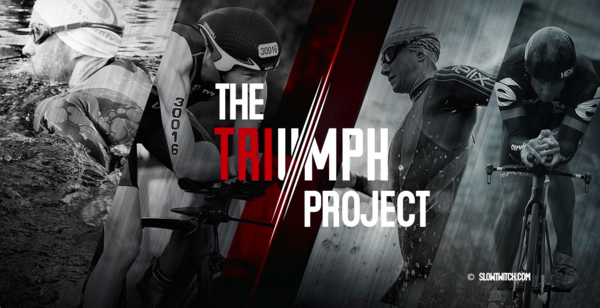 The Triumph Project: A Documentary for Triathletes

Do you think you have what it takes to become a triathlete? In order to run, swim and bike in immediate succession, you need to have an extreme amount of physical and mental endurance. Before you take on the challenge, you should check out this upcoming documentary titled “The Triumph Project.”

Jeff Fairbanks, triathlete and director/producer of the documentary, wanted to showcase every level of triathlete from beginner to professional and each level in-between. He grew up being involved in many sports but never felt the same kind of accomplishment as he did when combining the 3 disciplines in a triathlon.

“I’m confident there are a multitude of people that were brought up with similar sports experience who may have thought the same way I did about this sport,” Fairbanks said. “I’m aiming to break down the “out of reach” thought, and showcase a community and lifestyle that creates such evolution within someone’s life.”

This documentary will follow 4 athletes: Rachel McBride, Dave Mirra, Jack Toland, and Jeff Fairbanks. Each athlete comes from a different background. Fairbanks hopes he can inspire viewers to join the community of triathletes and erase the stigma of exclusivity through the variety of athletes featured. When Fairbanks participated in his first competition, he thought he would never fit in or be a part of the triathlete crowd. “I couldn’t have been more wrong,” said Fairbanks. “After crossing the finish line and to this day, I have made more friends and contacts with people willing to train with, or provide advice, loan parts, etc. It’s completely unlike anything else I’ve been involved with.”

Fairbanks hopes to covey this sense of community in the documentary and encourage his viewers to set a goal and accomplish it, even if that goal seems daunting. He wants to stress that there is no better motivation that a community of like-minded individuals.

The documentary is in its final stages of editing, but you can keep up to date with information and potential release dates of the Triumph Project at http://www.thetriumphproject.org/