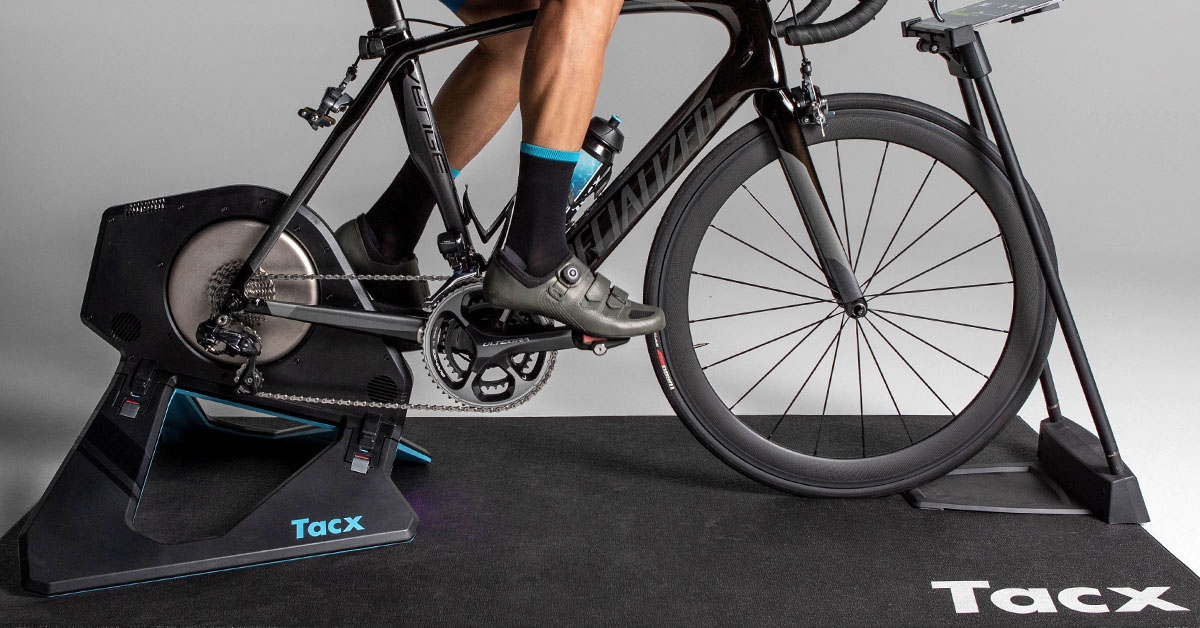 The Perfect Pedal Stroke and How to Train for It

“How do I master the perfect pedal stroke?” A lot of cyclists ask themselves this very question, so let’s dive a little deeper. The quest to perfect your pedal stroke involves asking yourself several other questions, such as, “what is the best way I can apply force on my smart trainer pedals?” And “how do the pros deal with this?” Or even, “where does bike position factor in?”

The first question is not that difficult but the second one is a bit harder to answer. So let’s start with the easy one. If we use the analogy of a clock and say that at 12 o’clock the pedal is in its most upright position and at 3 o’clock, it’s in the down phase, we can distinguish four phases. From around 1 until 5 o’clock we are in the downstroke. From 5 until 7 o’clock, a transition takes place as we move toward the upstroke. From 7 to 11 o’clock is the upstroke and finally from 11 until 1 is our transition to the downstroke again.

Because the pedal stroke can be represented as a perfect circle — for the sake of the length of this article let’s keep oval-shaped chainrings out of the picture — the force applied to the pedal should be pointed in the direction of the tangential force during the complete cycle. This might sound more difficult than it actually is. It basically means that if the pedal is at 3 o’clock, the force on the pedal should be directed straight down, but 1 millisecond later just a little bit backwards. That way the force that’s applied to the pedal is always contributing 100% to the pedal’s motion and no energy gets lost in applying force in the wrong direction.

The Components of Force

As we all know, force has two components. Direction is just one of them. What about the amount of force that is applied? Should the force be equally applied in the same amount throughout the whole cycle? The answer is no. Because that would mean the rider is applying just as much force during the downstroke as in the upstroke. The human body is simply much better equipped to apply a lot of force while stretching the knee rather than bending it. Also, if you were to apply force throughout the whole pedal cycle, you’d never have a moment of rest.

Feedback from the Pros

Nowadays, a lot of pedal-based power meters and select indoor trainers such as the Tacx® NEO 2 Smart Trainer can tell you just how much force you’re applying and in what direction force is applied. That lets us see how even the most experienced cyclists and pros apply their force. Based on this, we indeed see that pros apply their force better in the tangential direction than less experienced riders. By doing so, the pros tend to have fewer dead spots in their transitions from the upstroke to the downstroke and vice versa. Also, the pros never — unless they find themselves on a very steep climb with an extremely low RPM — pull their pedal. Instead, they actively unload the pedal, so the other leg doesn’t have to push against the weight of the passive leg.

Thinking that they need to actively pull the pedal is still one of the most common cycling myths among amateurs. Instead, research suggests than amateur cyclist should focus more on the transitions both around 12 and 6 o’clock and make sure they push the pedal in the right direction.

So if we know when and in which direction to apply force, how can we train for this? First and foremost, the biggest factor that might be standing in the way of the perfect pedal stroke is the position of your bike. If your saddle is too high, the transition from the downstroke to the upstroke gets seriously hindered and vice versa for a saddle that is too low. Also, the setback of your saddle — meaning your saddle position — is relative to the bottom bracket in relation to the length of the body, segments of your abdomen and crank length.

If, for example, your saddle position is too far back and/or the crank length is too long, it takes too much energy to apply force in the tangential direction, which will likely result in a dead spot when you’re pulling the pedal backwards. Likewise, if the crank length is too short, the muscles will not be stretched to their most effective force-length ratio. So, to have a proper pedal stroke, one should start with a proper bike fit.

Put Some Time into It

Remember, the more hours you put into riding your bike, the better your body learns how to apply force in the most effective and efficient way without you even knowing about it. By varying your cadences and not always riding with the same 85-90 RPM, the body also learns a more effective coordination pattern. It just goes to show that your body intuitively knows much more about what’s going on before your brain does.

However, that doesn’t mean that feedback isn’t useful. In fact, it can speed up the learning curve. For example, if you clearly see there is a dead spot in your upward transition phase and you know that your bike is properly set, you can try to actively push the pedal backwards. By doing so, the body learns there is a better and more effective way of pedaling. You could also try leg drills. Click one foot out of the pedal and use just one leg for about five minutes at the same RPM. Without the other leg helping, it becomes much more apparent when there isn’t a fluent transition phase.

One last very important thing that can help you achieve the perfect pedal stroke is to work on your core. If your core muscles are too weak, it is very difficult to maintain a stable and effective pedal stroke. You simply can’t fire a cannon out of a canoe. With these tips in mind, you will hopefully start to see your pedal stroke improving in the new Tacx software on your NEO 2 Smart Trainer.