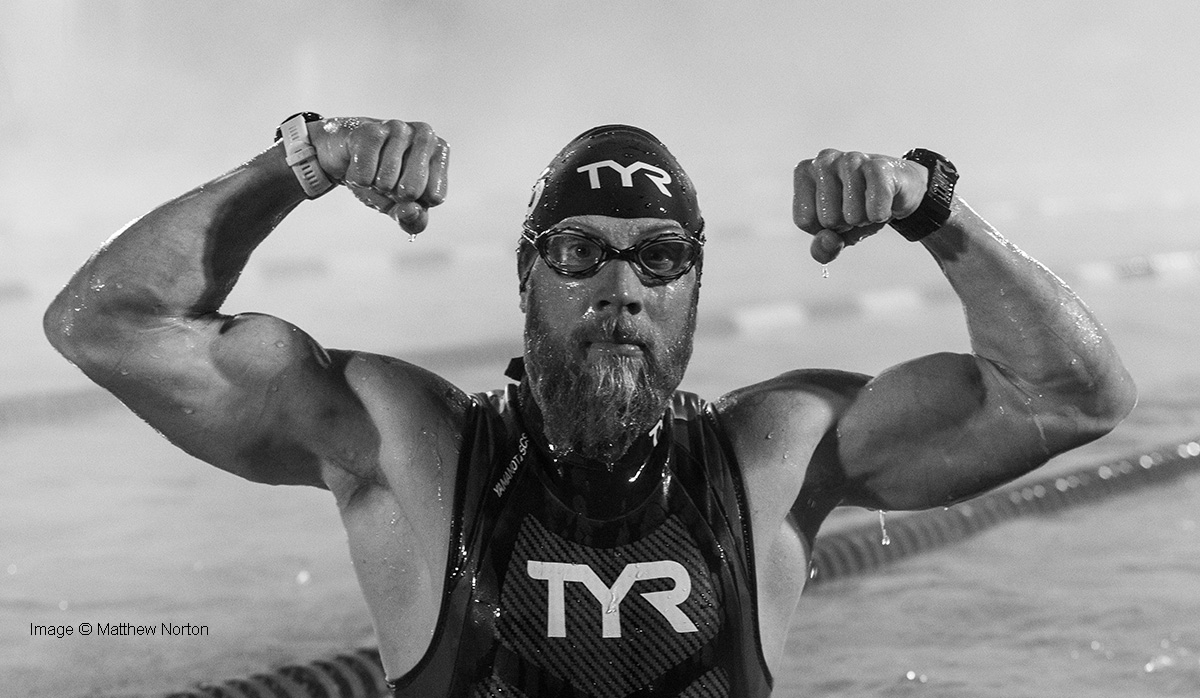 A competitor at his core, James Lawrence has been searching for his limit — both mentally and physically — for a while now. He didn’t hit it when he completed 50 full-distance triathlons in 50 states on 50 consecutive days. He didn’t hit it when he rode his mountain bike to the top of Mount Kilimanjaro, or when he ran 235 miles across Greece or when he appeared on The World’s Toughest Race. So has he hit it now that he’s completed 101 triathlons in 101 consecutive days? Well, let’s maybe give him a minute to catch his breath — 101 triathlons is a bit tiring, thank you very much.

Nicknamed the Iron Cowboy, Lawrence’s latest challenge was dubbed the Conquer 100 as the original intent was to complete 100 full-distance triathlons from March 1 to June 8. He threw in an extra for good measure, wrapping up on June 9. We’ll save you the math there — a 2.4-mile swim, 112-mile bike ride and 26.2-mile run every day for 101 days comes out to 242.4 miles of swimming, 11,312 miles of biking and 1,646.2 miles of running in a little over three months. And he relied on Garmin to track it all.

“Your guys’ stuff has just been so spot on,” said Lawrence. “I am always impressed at how flawlessly the technology works and how seamlessly it uploads and how quickly we can get data out to the public.”

Lawrence wore a fēnix® 6X – Pro Solar Edition throughout the entire challenge, relying primarily on it to track his data and prove to the world that the Iron Cowboy has indeed earned his title. Other members of his team completed parts of the challenge with him and employed other Garmin devices — including the Edge® 1030 Plus and the Forerunner® 945 — as backup data sources.

“We put a lot of trust in the Garmin devices to track us, to not fail,” said Lawrence. “We never wanted to risk not capturing that information.”

Lawrence’s team utilized the Garmin LiveTrack feature so that fans and social media followers could join in on the fun, and the turnout in Lawrence’s home state of Utah was impressive.

“[LiveTrack] really helped people to locate us, find us, see what we were doing, and let them know what paces we were doing on a day-to-day basis to help them make a decision about whether they could join us or not.”

“It actually turned into a big community social event,” he said. “Lots of local support, and over the course of 100 days, we had every state represented. Complete strangers decided to just come out, and the following on social media was global.”

So what’s next on deck for Lawrence and his team? That answer remains to be seen.

“Anybody that wants to do something big after this would be crazy,” he says. “My body’s been through some pretty intense trauma, so you have to recover from something like that. And to be honest with you, I am fully satisfied with the effort and the execution. We left no doubt that we accomplished 101 consecutive, full-distance triathlons. Nobody’s disputing that data, and that is a huge part of the multiple tracking devices we had with Garmin on us at all times.”