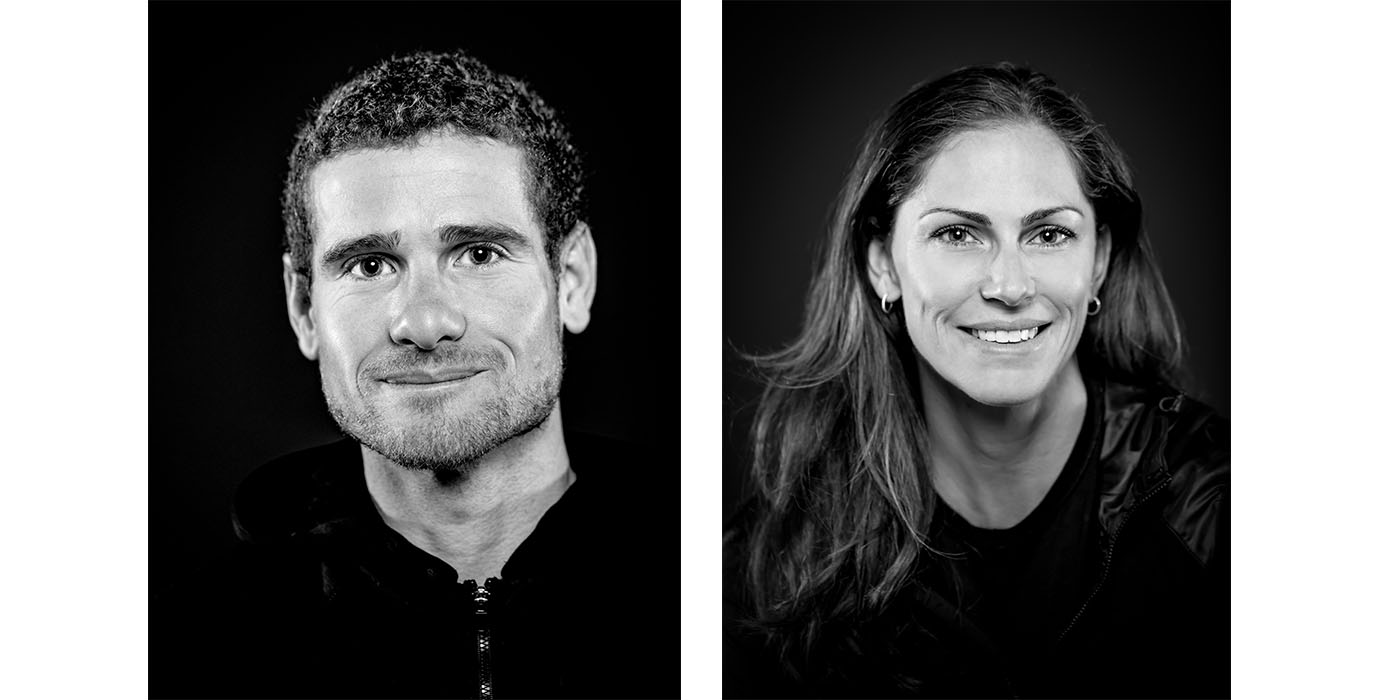 Triathlon is a grueling sport, requiring every athlete to go as fast as they can for hours at a time in cycling, running and swimming. In Eliat, Israel, a small town along the Red Sea, over a thousand athletes will race through the Red Sea, climb over hills and mountains and push themselves as hard as they possibly can to win Israman Garmin. Garmin athletes Jenny Fletcher and Ben Collins prevailed, winning Israman Garmin 113 today. They gave us some insight into how they prepared, what they experienced on the course and the feeling of coming out on top for the first big event of the year. Collins defended his title at Israman Garmin and finished with a new course time and personal best of 4:24:50.

Garmin: What was your training like for Israman Garmin 113 this year?

Ben Collins: “It was… different. I raced in Chile a couple weeks ago and was definitely feeling the holiday break. After that, I went to Patagonia and spent a week trail running, putting in big miles on gnarly terrain. I think a hard course like Israman Garmin is about being strong, so the Patagonia prep and running with my friends seems to have worked. Plus, I’m able to start the season with a win and still feeling mentally fresh for the year to come.”

Jenny Fletcher: “Well… all two weeks of it were totally focused on climbing and doing hill repeats on the bike (which massively paid off). For running, I just did a lot of trail running to build strength. I was amazed even in such a short time how I felt in training considering I almost took three months off prior. For sure though, this is why I’m so sore now and in a fog!”

G: How did you feel leading up to the race?

BC: “I never know how it’s going to go in January. I felt good, but that can only mean so much. Before the first big fitness test, it’s hard to know where you are.”

JF: “Nervous. I’ve heard how hard this race is and coming from Ben, who is one of the strongest athletes I know. Given that I took so much time off and traveled across the world, I just didn’t know how I’d feel.”

G: What were the high points during the course?

BC: “This course is insanely hard. The high point for me was looking at my watch at the final turnaround and then running back over 4 minutes before I saw the next competitor. A little easy math told me that at that point I was racing for the course record, the win was mine to lose.”

JF: “I felt awesome in the swim and for the most part was amazed at how much I was able to push on the bike. My bike is what gave me a massive lead to hold on to the win, because in the run my body fell apart with a lot of severe muscle cramping.”

BC: “Turning around at 33 miles and facing a long steady uphill with a headwind. The next 10 miles took a lot of mental stamina to get through, they were so slow!”

JF: “The run. It was tough after running downhill for so long. I tried to take it easy because I knew my muscles were tired, but to no avail they responded angrily to me. Having the lead pushed me to the finish line for the win.”

G: What Garmin devices were you using and what features did you pay attention to most?

BC: “Forerunner 735XT and the Edge 520 head unit. I was watching power over all else. With wind and hills there’s no other metric that you can control.”

JF: “Forerunner 735XT and on the bike my Edge 1000 and Vector pedals for power. During the bike, I focus on power mostly and for the run I would glance at my pace, and when the watch vibrated each mile to see where I was at and also distance. It was a tough run, so again I was just praying the distance would wind up quickly to the 13.1 miles.

JF: “Amazing! I honestly knew I had it in me, but I didn’t expect because of the little prep time I had, but then once on course it pushed me hard so that I could win and make my sponsor Garmin proud of me and basically thank them for standing behind me all these years! Makes it feel even sweeter!”

BC: “A bit of a break to plan my wedding and get Ben’s Muffins off the ground. The race I’m most excited for right now is the Alaskaman Extreme Triathlon in July AKXTRI.COM – Iron distance in the middle of nowhere with an unparalleled finish (if I make it).”

JF: “No idea. Ben and I talked about Alaskaman, some ridiculous tough distance race up in Alaska. I’ll put my race schedule together now. I just wanted to get through this one!”

We are so proud of our athletes! Time for rest and recovery.