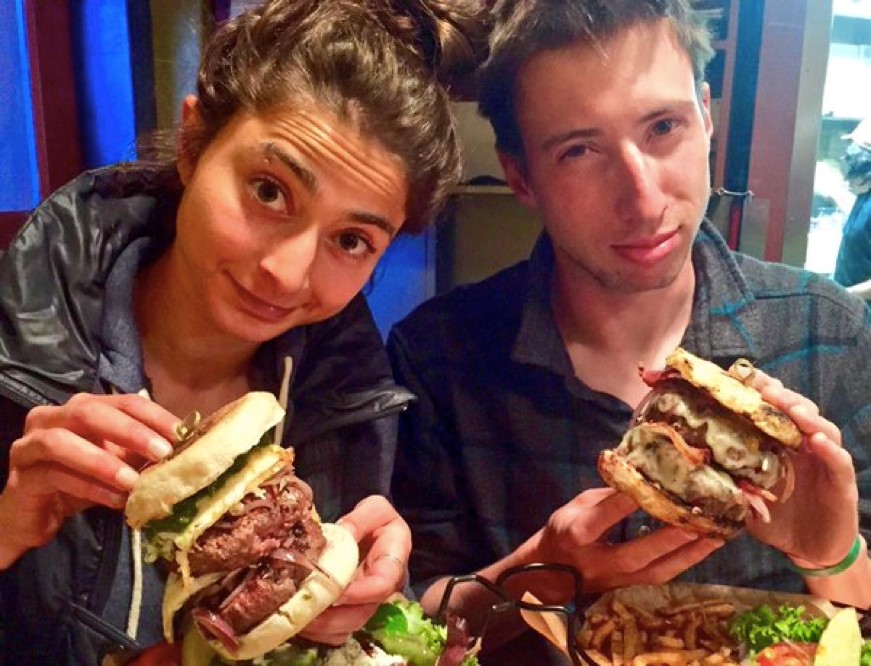 Iron deficiency. There, we said it.

We often associate Iron Deficiency Anemia (IDA) with fatigue, which might as well be a four-letter-word in the endurance world. But you don’t have to reach anemic status to feel the effects of low iron levels. Olympic runner, Alexi Pappas, knows this all too well.

As a collegiate, professional, and Olympic runner, Alexi has struggled with her fueling patterns and how they affect her performance. Now, she swears by eating high quality red meat at least twice a week and regularly checking her blood levels with InsideTracker to ensure she’s meeting her needs. Surprising? Well, there’s a lot more to iron than what meets the eye.

Fluid Balance
Hemoglobin is an iron-containing molecule that brings oxygen from your lungs to your muscles. It is measured as grams per deciliter of blood; in other words, we look at the concentration of hemoglobin in the blood, rather than the aggregate amount.

Since our total blood volume can fluctuate, this method of measurement can be misleading. Factors that lead to an increase in volume include: increased hydration, high ambient temperatures, and increased training load. Therefore, increased volume can lead to lower hemoglobin concentrations – even if hemoglobin count is static.

To prevent fluctuations in hemoglobin readings, Alexi has found a training and fueling routine that works for her, and sticks to it. Her rest, fluid intake, and training loads are all calculated. Her advice? “Control what you can control.”

Dietary Sources
If you’re reading this, you’ve probably thought about nutrition at least once or twice. And nowadays, the health-conscious community is shying away from red meat.

Now, we’re not here to tell you what you should or should not eat. But, our bodies struggle with plant-based iron absorption; it’s inhibited by minerals like calcium, magnesium, and zinc, as well as compounds like phytates and tannins, all of which are common in plant foods. Plus, the plant form of iron needs to be altered before it can enter the bloodstream – another factor that diminishes absorption rates.

As mentioned, Alexi is pro-beef when it comes to her iron levels: “For me, beef is the iron source that makes me feel the best. The day after an iron-rich meal, I feel stronger and more prepared to continue my training.” She also trains at 8,000 feet above sea level in Mammoth Lakes, CA, where atmospheric oxygen levels are lower than normal. To counteract this, she ups her hemoglobin count with red meat.

If you’ve already strayed away from beef, you don’t necessarily have to go back. Shellfish, like oysters and mussels are also great sources of iron. And if you’re loyal to plants, just make sure your daily iron intake tally reflects absorption rates.

Inflammation
Ferritin is the storage form of iron, so it’s typically the last iron biomarker (after blood iron, hemoglobin, etc) to click into optimization; you wouldn’t stash away resources for later if you didn’t have enough now, right? So optimal ferritin levels tend to indicate good overall iron health.

An exception to this rule, however, is when our bodies sense danger via infection. Since invaders like bacteria also need iron to survive, ferritin levels will increase to stash away resources from the enemy. And what often goes hand-in-hand with infection? Inflammation.

To stay one step ahead of the competition, our immune system has a shortcut: it assumes any inflammation equates to ‘intruder,’ and kicks this iron-hiding, ferritin-spiking cascade into high gear, even before a full-blown battle is in effect. But there’s a plot twist: your body can’t tell if said inflammation is the result of infection, or if it’s from something more benign like intense exercise.

How much of an impact can this mix-up have? Well, Alexi’s well-versed in exercise-induced iron deficiency, most notably in the earlier portion of her collegiate career. “When I started running at Dartmouth, I wasn’t aware of the high iron demands for a long distance runner. I was feeling tired after short runs and wasn’t sure why.” But after learning about iron’s impact on energy levels from her teammates and getting her iron levels checked, the answer became clear: her biomarkers were much lower than a long distance runner’s should be.

So she began a team tradition of ‘burger nights.’ “They make nutrition more fun and celebrate eating, rather than making it something to fear. Those burger nights were some of my best memories from college, and fueled me for the long run.”

Supplement Choice
So your iron levels are sub-par. The answer is to take a supplement… right? Well, as we mentioned, iron’s absorption is inhibited by multiple dietary factors (see Dietary Sources section) found in foods ranging from dairy to vegetables to coffee/tea. So taking your supplement too close to meal time (within roughly 1.5-2 hours before or after) can sabotage its ability to affect your levels.

Beyond timing, the dosage of your supplement also matters, as our bodies can’t handle too much iron at once. GI (gastrointestinal) distress often indicates an iron overload, so if you’re getting the butterflies (but not the good kind) after taking your supplement, try breaking it up into smaller doses throughout the day.

According to Alexi, the effectiveness of iron supplements hinges on access to definitive information about their administration, which she’s gotten from resources like InsideTracker. Her improved levels agree.

Training Load
As a general rule of thumb, active individuals have a greater nutritional requirement than inactive ones. Iron is no exception, and endurance athletes need extra for multiple reasons:

First, our cells need higher levels of oxygen to function during and after high-intensity exercise. Second, we lose more iron-containing red blood cells than the average bear from GI bleeding (scary sounding, but completely normal), the rupturing of red blood cells in our feet as we pound the pavement, and sweat. Lastly, inflammation from exercise induces the secretion of the hormone hepcidin. As mentioned before, our bodies’ inflammation cascade leads to iron being locked up behind ferritin bars. Hepcidin also prevents the absorption of iron from food, so save those iron-heavy meals for less intense days.

Alexi’s worked hard to internalize that last point, and she’s perfected the art of iron-loading by habitually eating red meat two days out from races. The overall message? Standard iron intake guidelines may not be sufficient for an endurance athlete’s needs.