Why CHIRP Sonar is a Necessity

Time and time again, people have said that CHIRP sonar technology is only useful in deep water, but that’s an easy myth to debunk and we’re going to tell you why. 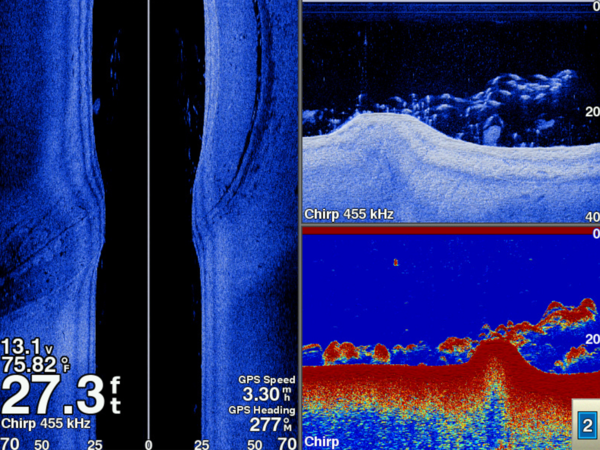 For starters, here’s a little background on what CHIRP actually is. The acronym CHIRP stands for ‘Compressed High-Intensity Radiated Pulse,’ but unless you’re an engineer or physicist, that probably doesn’t mean a whole lot to you.

For the average Joe, what that means is that instead of sending one single frequency at a time like standard sonar, CHIRP sends a continuous sweep of frequencies ranging from low to high.  CHIRP sonar technology then interprets those frequencies individually upon their return. Since this continuous sweep of frequencies provides CHIRP with a much wider range of information, CHIRP creates a much clearer, higher resolution image on your chartplotter, and gives you much greater target separation.

CHIRP sonar benefits freshwater anglers fishing any depth of water, but those fishing depths greater than 10’ will benefit the most. There’s no doubt that if you compare CHIRP to standard sonar, you will see exponentially more fish with a CHIRP sonar unit. 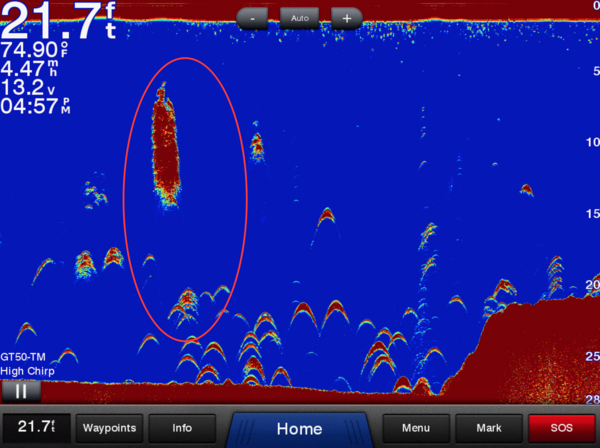 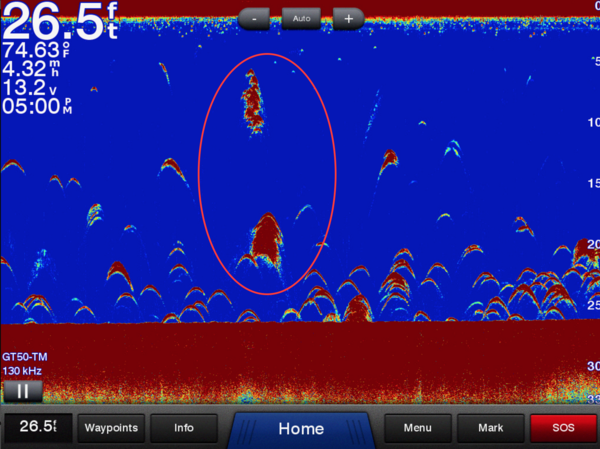 Looking for baitfish? With standard sonar, you would typically see one giant red blob. Garmin CHIRP sonar can actually separate each individual baitfish (especially with ClearVü), showing you unbelievable detail that is incomparable to anything else on the market. Before, you wouldn’t be able to tell if a big fish was in the pod of baitfish chasing them as your boat went over. With CHIRP, you can. 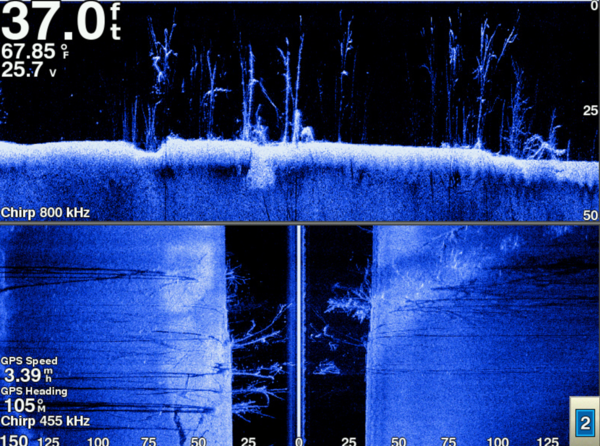 Looking for structure? Have no doubt what you are looking at with CHIRP ClearVü and SideVü. Find ledges, humps, roadbeds, submerged bridges, railroads and more with detail that you’ve never been able to have until now.

Hands down, no doubt, Garmin CHIRP sonar will change the way you fish.

Now, CHIRP transducers come standard in the box of echoMAP CHIRP combo units, as well as most STRIKER fishfinders.

Helping you find the perfect device for your boat is something that our exceptional customer service team excels at. If you have any questions at all about Garmin electronics, please don’t hesitate to contact our customer support team.

Follow Garmin Fish & Hunt on social media and share your fishing and hunting photos with us using #FishGarmin and #HuntGarmin.