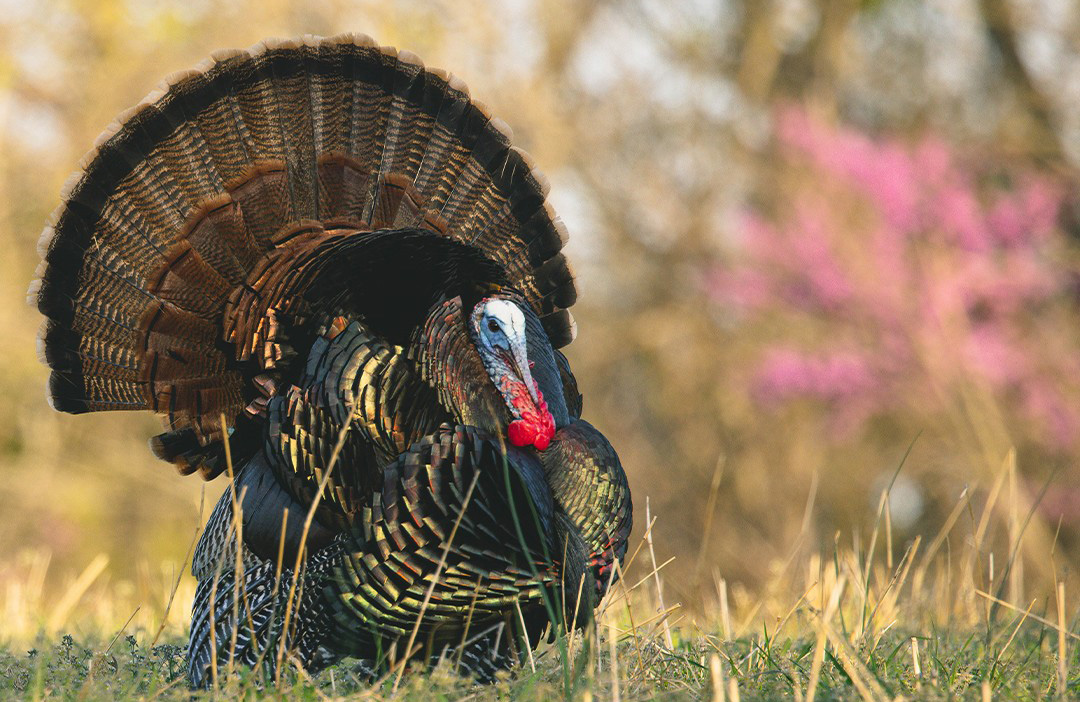 I’ve often said it’s not a good idea to challenge a Texan to a hunting or fishing competition, no matter how good you think you are. Two years ago, I disregarded my own advice and after a lot of smack talk I, a proud Midwesterner and lifelong hunter, ended up in dead last place in the Turkey-Bass Smash held by Wade Middleton of Careco TV.

Part of the challenge was turkey hunting. To see Wade and his crew work birds was incredible. While I try to cluck out something that resembles turkey language, their calling was of a different level. It was like they add a Texas turkey twang. I could almost hear the slate singing out to the gobblers, “Hey y’all saddle up and head on over. We got some Lone Star and are having a party … bring all your friends!”

After a cold, wet spring here in the Midwest without much success, I understood if I was going to fill a tag, it was going to be on a dreaded late-season bird. After 40 years of turkey hunting across the country, Wade has learned a thing or two, so to save my season, I decided to get some tips for late-season birds from Wade.

Here are some of Wade’s tips for filling a late-season turkey tag:

What do you enjoy most about turkey hunting?

Having conversations with a turkey is by far and away the most enjoyable part of turkey hunting. It’s amazing to me to sit there and have a hen respond to my calls and when a tom starts to respond, it just makes it even more exciting.

Why can it be so difficult to close a deal on late-season birds?

Late-season birds are more educated — they’ve felt hunting pressure; they’ve encountered humans in their space; they’ve been bumped, harassed, called to and most likely even pushed off their roost. All this pressure adds up to a bird that knowns something isn’t right in the woods.

What are the top three mistakes hunters make in pursuing late-season birds?

How and/or does calling change when you’re pursuing late-season birds?

I let the birds tell me how much to call. If I’m hearing a lot of gobbling, I will call more. If I’m not hearing much, then I call less. I also use a lot of different styles of calls to see if one works better than another. It’s amazing to me how somedays one call will outperform another call. I also try to talk to as many hens as I can. If I hear a hen, I want to respond to her to create a safe-sounding area so that a tom in the area may feel it’s safe to come into. I’ve seen this pay off a lot by simply yelping back to or softly purring at a hen passing by and then she and I having a nice long talk and then all of the sudden here comes a strutting tom into the area to see what’s going on.

What is the best decoy setup for late-season birds?

I like to put 1 jake and 2-3 hens out near watering areas that birds tend to frequent.

It’s easy to go on tilt when turkey hunting. Early mornings, long days, close calls, getting busted, etc. What are some things you do to stay mentally in the game, especially when it comes to the end of the season?

Slowing down and even taking a nap in a turkey chair under a tree. It’s amazing how many times we call a bit, eat a piece of fruit and then take a 5–10-minute nap and then call again and a bird is now in the area. Plus, some of the best naps ever are midafternoon in turkey season!

What are the three most important tips you can give for hunters to do when pursuing late-season birds?

How do the various species act differently in the back half of the season?

It’s all about the pressure I feel on how a turkey responds in late season. If he’s not had a lot of encounters and the hens are mostly all bred, then you have a great chance to harvest that bird. I’ve always felt that all species of turkey get tougher to harvest the more pressure they feel.

When do you run/gun on late-season birds and when do you stay put?

If I hear a bird gobbling on his own off in the distance, I’m making a move to cut the distance. If I’m not hearing any birds talking, then I want to settle into a high percentage area and wait it out.

What else should people know about late-season birds?

I’ve said it before, if you can find a bird gobbling on his own in the late season GET ready when you start calling as they often come running in hot and heavy.

Hopefully these tips help you harvest a late-season bird. Remember, you can’t harvest a turkey reading an article, so get out there and good luck!